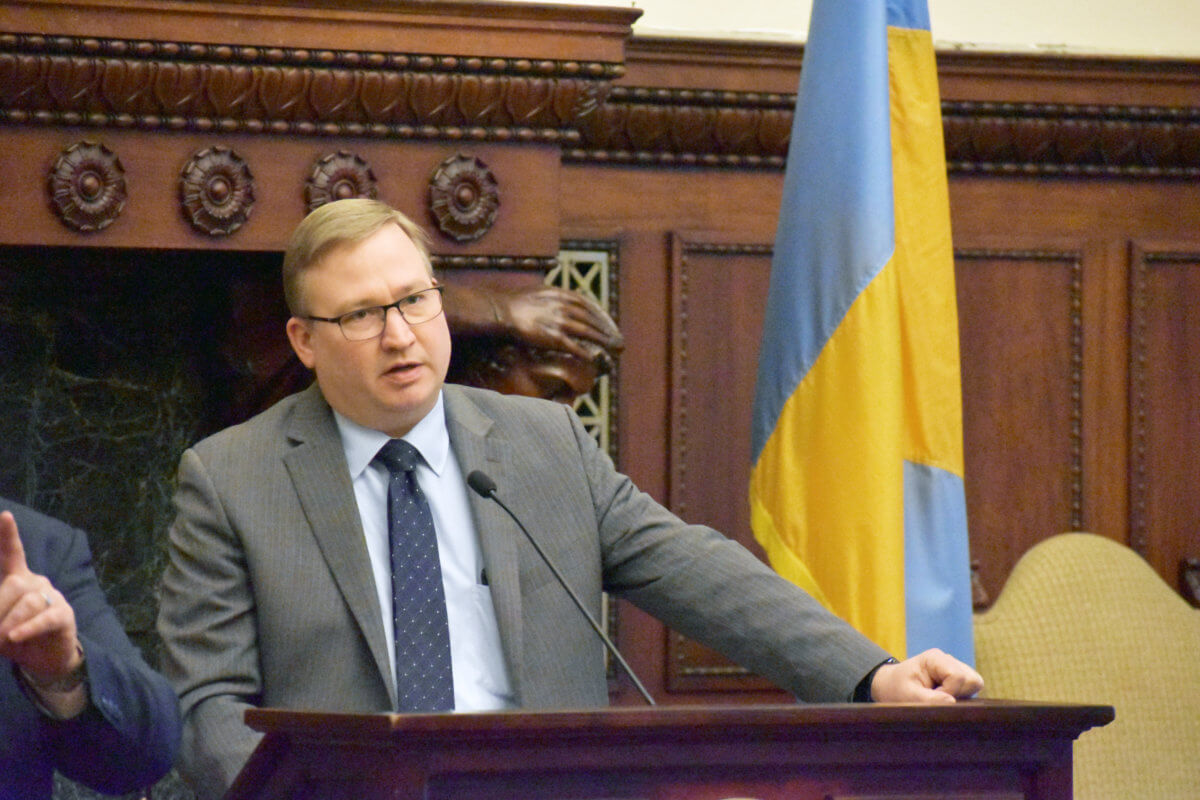 Brian Abernathy to step down as Philadelphia Managing Director

The second-in-command to Philadelphia Mayor Jim Kenney has been a constant target of protestors amid calls for police reform in the city.

In a late-night break first reported by Billy Penn and Plan Philly, Philadelphia Managing Director Brian Abernathy will step down from his role with the city on September 4, 2020.

As the second-in-command to Philadelphia Mayor Jim Kenney, Abernathy has been a mainstay on Philadelphia television screens throughout the COVID-19 pandemic as part of the Mayor’s daily coronavirus briefings.

In his role, he has also come under heavy fire for his position as the main liaison between the Mayor’s office and the police department, which has faced cuts in the face of protests following the murder of George Floyd in Minneapolis.

Philadelphia City Council cut $14 million from the police department budget in its revised coronavirus plan, and moved another $14 million under Abernathy’s office for crossing guards and public safety officers.

A month ago, protestors were at his office’s doorstep at the Municipal Services Building calling for more police cuts and his resignation.

The result was a responding counterterrorism unit that met protestors in the lobby of the building and arrested yet another Philadelphia journalist.

In a press release from the Mayor's Office announcing his departure on Tuesday, July 14, Kenney thanked Abernathy for his service to the city.

“I’ve worked closely with many public servants throughout my career and few match Brian’s level of integrity and commitment to making our city better," said Kenney.

In his resignation letter, Abernathy pointed to the toll his job had taken on his family in the past couple months of crisis as a defining reason for his departure.

"In a short period of time, we’ve faced a pandemic, the worst economic crisis in a century, and important but difficult civil unrest. At the same time, we’ve seen a worsening opioid crisis, pervasive homelessness, and a rising murder rate," the letter read. "Throughout these months, there have been too many nights and weekends where my daughters have wondered where I was, and I’ve placed too many burdens on my wife’s shoulders."

The Mayor's Office announced it would conduct a structural review of the office before initiating a search for a replacement.

Abernathy was initially appointed back in 2018 by Kenney after the resignation of former Managing Director Michael DiBerardinis.

If the same were to happen this time around, First Deputy Managing Director, Tumar Alexander, would be the next in line.

This article has been updated with information from the Mayor's Office's official release about Abernathy's departure, which is now slated for September 4, 2020.
TAGS
Log in | Register
00:00 / 00:00
Ads destiny link