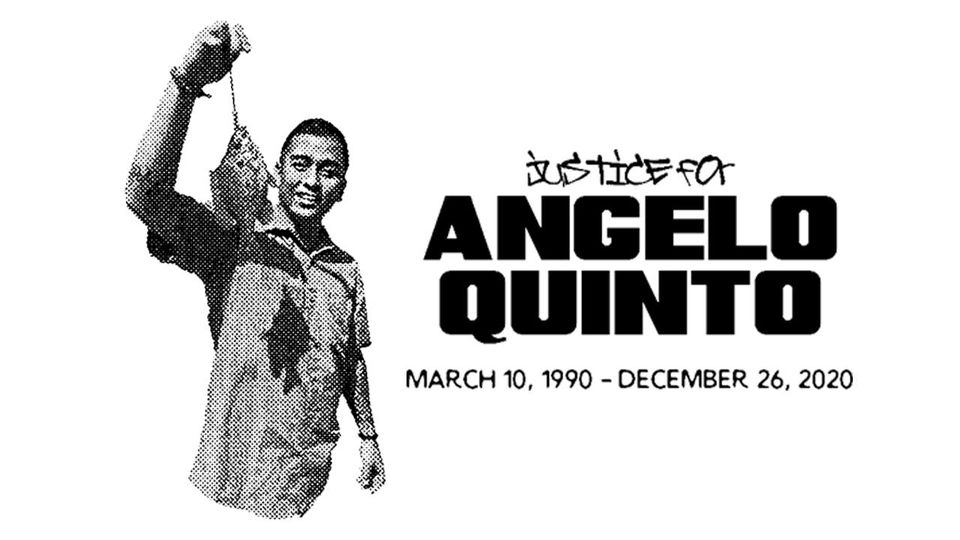 Angelo Quinto was killed by police after an officer knelt on his neck for five minutes during a mental health episode.

On Thursday, Sept. 30, California Gov. Gavin Newsom signed eight bills into law that support police reform, and one was named after Filipino-American Angelo Quinto, who died after an officer knelt on his neck for five minutes during a mental health crisis.

We’re grateful to all the lawmakers and activists who made this moment possible, and our hearts go out to Angelo’s family who continue to seek justice.https://t.co/N9uhrdiLrH

On Dec. 23, 2020, Antioch police received a call from Quinto’s sister, who alerted them about his crisis. The 30-year-old Navy veteran had been experiencing paranoiac episodes after the trauma of a brain injury, and when officers arrived, he was in an irritable and fearful state.

Quinto reportedly calmed down after the officers arrived, but was still restrained by them. He lost consciousness and died in a hospital three days later.

Rather than providing help, Quinto’s mother and sister say one officer handcuffed him, while another knelt on his neck for at least five minutes, while Quinto pleaded “please don’t kill me.”

Months after the incident, the Antioch Police Department released little information about what happened, not even an official cause of death.

Seven months after nationwide protests sparked by the murder of George Floyd, who was also knelt on while being detained, Quinto’s family demanded accountability from the police department and justice for Quinto.

“We trusted them too much during a time of fear and vulnerability and panic. I would not call them if this happened again,” Quinto’s sister told the San Francisco Chronicle.

In August, Quinto’s family filed a lawsuit against the Antioch police in which they accused the chief of a cover-up after officers allegedly claimed that Quinto was high on methamphetamine.

John Burris, the family’s attorney, pointed to an independent autopsy of Quinto’s body that showed no drugs in his system at the time and petechial hemorrhaging in his eyes, which is a sign of asphyxiation.

After months of rallying for justice for Quinto and other victims of excessive police force and chokeholds, Angelo’s Law or Assembly Bill 490, sponsored by Assemblymember Mike Gipson, bans restraint tactics and face-down holds that would cause asphyxiation.

Quinto's family, along with Asian American civil rights groups, pushed for this for months. https://t.co/4R1vNqblFw

It bans police from using techniques that create a substantial risk of what’s known as “positional asphyxia.”

It defines the hold as placing a person in a way that compresses their airway and reduces their ability to breathe. This includes putting suspects face down, then pressing down on their backs with hands, elbows or knees to gain control.

Gipson’s legislation gained attention after 26-year-old Mario Gonzalez died in April 2021. He was pinned down by four Alameda police officers for more than five minutes before he died.

At around the same time, a jury in Southern California awarded more than $2 million to the family of a homeless man who died in 2018 after officers in Anaheim used a similar technique to restrain him.

Today’s a historic moment. Thank you to Governor @GavinNewsom for signing my bill #AB490 which would ban law enforcement from using restraints that cause positional asphyxia. We will never stop saying his name, #JusticeforAngeloQuinto. https://t.co/NiNFHHMZjA

Gov. Newsom was joined by Quinto’s family at the signing of the bill.

“Too many lives have been lost due to racial profiling and excessive use of force. We cannot change what is past, but we can build accountability, root out racial injustice and fight systemic racism. We are all indebted to the families who have persevered through their grief to continue this fight and work towards a more just future,” Newsom said.