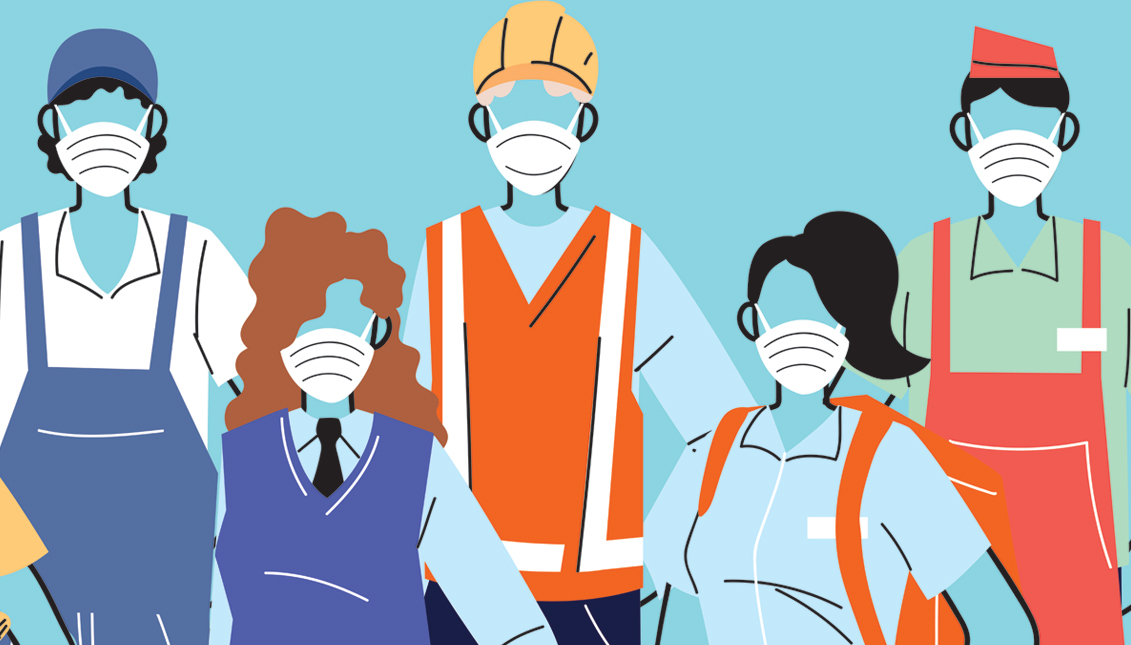 A staggering 69% of undocumented immigrant workers have jobs deemed essential by the Department of Homeland Security. Photo: Getty Images

A new study by FWD.US found that over two-thirds of undocumented immigrant workers are frontline “essential” employees fighting the Covid-19 pandemic, and concluded that these medical professionals, food service clerks, and agricultural workers, among others, are crucial to navigating the crisis.

This in turn puts essential workers at a higher risk of contracting the pandemic, especially among Black and Latinx frontline workers, who have already been reported to have the highest rates in fatalities, infections, and economically as well.

According to the study, some 23 million immigrants — of which roughly 5 million are undocumented — constitute a “substantial, and thus critical part of America’s essential COVID-19 workforce combatting the pandemic,” adding that they represent one in five individuals in the total U.S. essential workforce.

A staggering 69% of undocumented immigrant workers have jobs deemed essential by the Department of Homeland Security, according to the study, which used data from a 2019 Census Bureau survey.

Brought to light, these figures have stark contrast to the Trump administration’s argument that protecting American jobs against immigrant workers is crucial to avoiding further economic harm caused by the COVID-19 recession.

In April, Trump signed an executive order temporarily suspending immigration to "ensure that unemployed Americans of all backgrounds will be first in line for jobs as our economy reopens,” reported NBC.

In June, Trump extended the order through the end of 2020.

The president has also spent a chunk of the year trying to exclude undocumented immigrants from the Census, though the Supreme Court has since intervened.

“With relatively low unemployment in many essential sectors, the loss of the undocumented immigrant essential workforce would be particularly crippling for future COVID-19 economic recovery,” reads the study, emphasizing the often undervalued contribution.

The study also stresses the impact of undocumented immigrants in the agricultural, housing and facilities, food service, and health essential workforce, adding that one in 20 aren’t citizens.

If this population were to disappear overnight, the economy, and the country, would be devastated.

“They have been an integral part of the U.S. economy for many years, and will remain so in the years ahead,” the study ends.