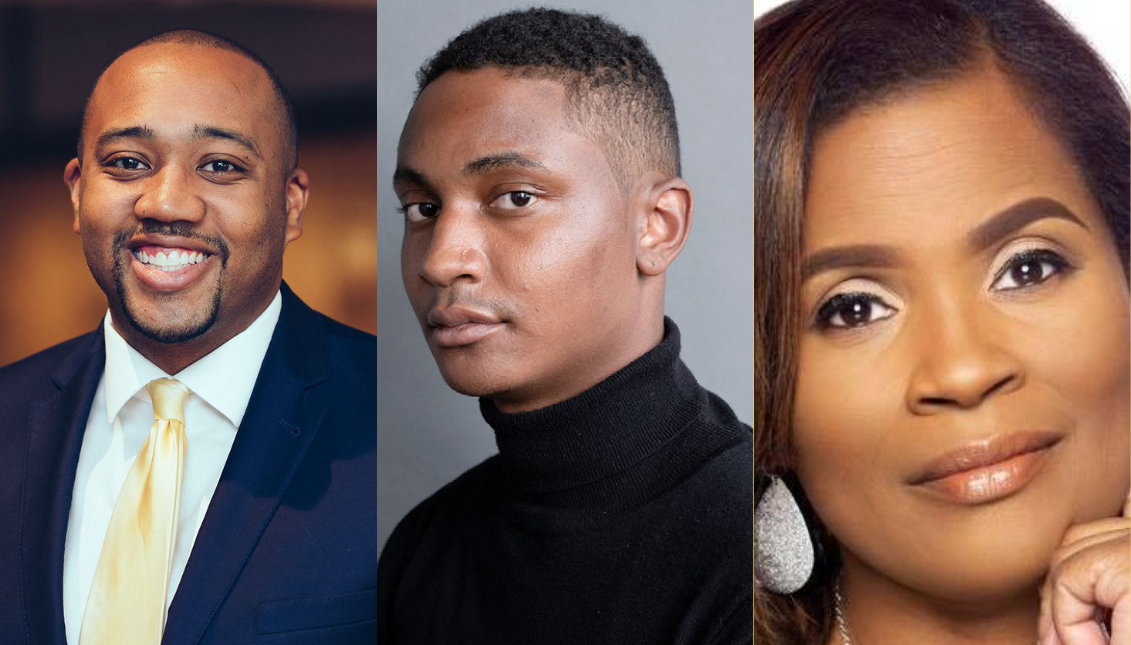 From activists to legislators: Meet three BLM leaders running for office in 2021

After taking part in a Summer for the history books, these leaders are trying to do more for their communities once in office.

The events of the Summer of 2020 led to a wave of powerful activism and resistance all over the world, but for those in the U.S, the work has truly just begun.

Vigils, town halls, social media campaigns, marches and rallies have set the stage for activists to push further and reach higher to obtain racial justice and equity for all.

Black Lives Matter activists like Dontaye Carter, Chi Ossé, and LaTonya Tate have recently decided to take their voices from the streets to the halls of city council, in hopes their presence and passion will make necessary changes in their communities.

In an interview with CNN, Carter let out some heavy emotions as he reflected on what he would want George Floyd to know, ultimately deciding he would want to tell him that his life was valuable.

With tears in his eyes, he thought about Floyd’s daughter Gianna, and his own three-year-old daughter Kyleigh.

"He's not going to be here for his little girl. That's the part that hit me the hardest,” he said.

Carter was one of the thousands of protesters marching for justice in the wake of Floyd’s murder in Minneapolis. A year later, the trauma of his death still lingers, and is a big reason why many of these activists are running for local office across the country.

After feeling exhausted from what seemed like unending protests for Black victims of police brutality, Carter decided to enter a new arena and run for mayor in Sandy Springs, Georgia.

His objectives go beyond just fighting for social justice. He believes that his city’s leadership, particularly the executive office, should accurately represent the population.

Sandy Springs is the second largest city in the metro Atlanta area, and while it was once predominantly white and rooted in a history of segregation, people of color now make up 40% of the population.

Harnessing the pain and frustration of constant oppression and empty promises has led many activists to turn to politics. Several activists ran for office following the death of Michael Brown in Ferguson, Missouri, and groups of women all over the country did the same after the election of President Donald Trump.

When Carter began filing the paperwork to run, he told CNN that it was the first time he truly felt like he had control over his life, which was a “welcome feeling” after feeling hopeless for so long.

Ossé, a 23-year-old activist from Brooklyn, New York, recalls being haunted after watching the nine-minute video of George Floyd’s final moments, and it filled him with a passion that pushed him to take action.

Our campaign is working tirelessly to create a district and city for the working class, the unsheltered, immigrants, tenants, homeowners, and everyone in-between. Our vision is clear and our solutions are bold, and now we have the honorable support of the @NYWFP @WorkingFamilies. pic.twitter.com/9O181WQVDR

"I wish no Black person was killed by law enforcement, but what [Floyd] started is something that's going to create some everlasting change for individuals that look like him, and look like me,” Ossé told CNN.

Ossé is running for a seat on New York city council to represent his district in Brooklyn. If elected, he would become one of the youngest, and one of the first openly-queer members in the city’s legislative body.

He carved out a reputation for himself organizing and leading demonstrations following the deaths of Breonna Taylor and George Floyd.

Being elected as the next Councilmember of the 36th District is not a right, it’s a privilege. There is a candidate in this race that is tied to shady interests and believes that they are owed this seat.

This seat is owed to the people. pic.twitter.com/zDy7Ysxb6g

Watching that agonizing video, combined with the isolation from COVID-19 quarantine, helped to elevate Ossé’s drive towards social justice and systemic reform.

"I think this one hit differently because of the quarantine and isolation that I was in. You know I was unable to look away from these videos, and these images that many of us were seeing," Ossé said.

Tate, a seasoned activist from Alabama, has also decided to run for city council in her city of Birmingham. As a retired parole officer, she knows a lot about the justice system and its flaws.

While watching the footage of Floyd’s deaths, she witnessed the heartbreaking failures of today’s justice system, and could no longer stand by and watch it continue.

Thinking back on her training in the academy, Tate told CNN that what ex-officer Derek Chauvin did was not taught to her.

"If a threat is not there, and the person is in handcuffs, you have policies and procedures that you have to follow,” she said.

Tate is confident that she can open up and lead the overdue, yet often uncomfortable conversations about race and criminal justice if elected to her own city council in Birmingham, Alabama.

From criminal justice reform to an economy that works for all, learn about #Tate4Bham here: https://t.co/oOSfz9jh8F. pic.twitter.com/uxf3AIzBog

Long before protests erupted in honor of Floyd, Tate has been tackling criminal justice reform. Her own son was incarcerated, and after experiencing the complexities of the justice system firsthand, she created the Alabama Justice Initiative, a group pushing for the end of mass incarceration.

Birmingham is a significant city when it comes to Black history and civil rights movements. Kelly Ingram Park is a historic gathering point with statues dedicated to icons like Martin Luther King Jr.

It also served as a space for demonstrations in the 1960s, and again for Floyd in 2020.

Those demonstrations in the 1960s, along with others throughout the South, served to elevate many well-known activists into politics, like Andrew Young, one of King Jr.’s most-trusted advisors, who went on to become mayor of Atlanta.

During a landmark 1965 march in Selma, Alabama, the late Rep. John Lewis, also survived a brutal beating at the hands of state troopers, leading him to become a monumental figure of the civil rights movement. He was later elected to Atlanta’s City Council and then to Congress.

“I gave a little blood on that bridge in Selma. I almost died. Some of my friends and colleagues were murdered. I'm not asking any of you to give any blood. I'm just asking you to go and vote like you've never voted before."

The park, and movement, remind Tate of the history of segregation and racism, including the bombing of the 16th Street Baptist Church in 1963, and her own family’s contribution to the cause.

The Black Voters Matter organization, which aims to increase power in the Black community through civic engagement, says that efforts have already begun to reach more Black voters and build voting power.

In June, the group plans on launching a bus campaign to engage Black voters while also remembering the 60th anniversary of the Freedom Rides movement, bus tours taken by civil rights activists in the 60s to fight Southern segregation.

Much has changed since the 60s, but anti-Blackness at every level of society still persists.