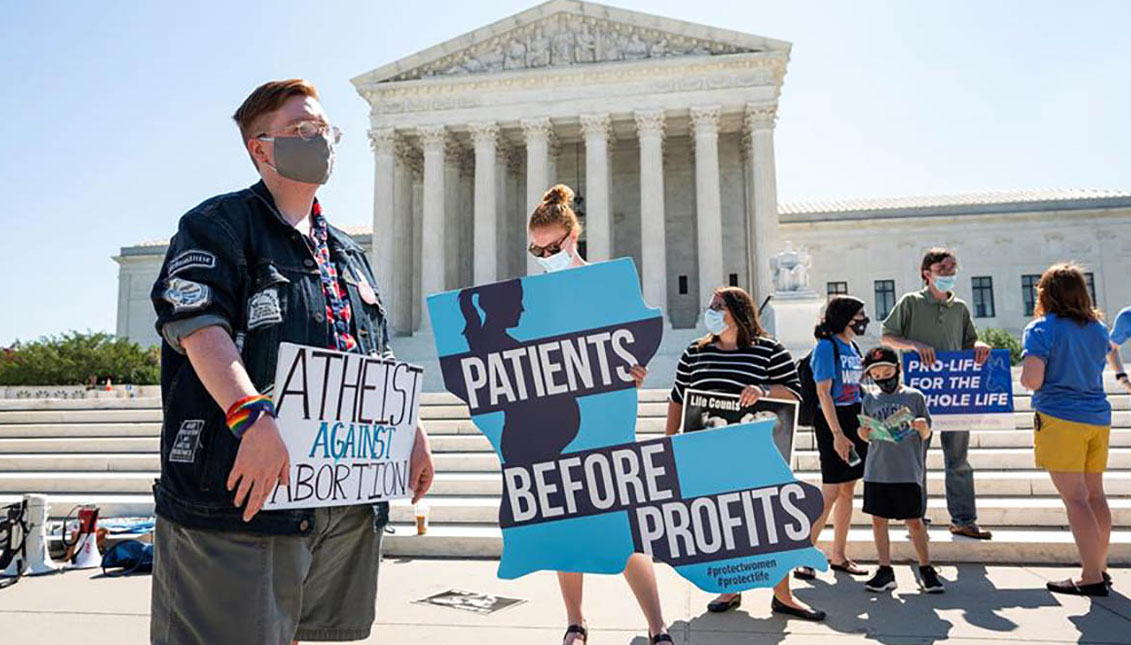 In a 5-4 vote, in which Justice John G. Roberts Jr. joined the liberal bloc, the Supreme Court reversed a restriction on abortion in Louisiana.

Today the Supreme Court voted in June Medical Services v. Russo on whether the 2014 Louisiana state law requiring doctors who perform abortions to have admitting privileges at a clinic no more than 30 miles away from the site of the procedure was constitutional or not.

The Supreme Court found that the law was not constitutional.

The decision was made by a 5-4 vote in which Conservative Chief Justice John G. Roberts Jr. joined the Liberal bloc, though he differed in his reasons. Thus,  Chief Justices Breyer, Ginsburg, Sotomayor, Kagan and Roberts voted no.

The Court's decision was based on two main factors: the medical evidence and the legal precedent.

The 2014 Louisiana decision stated that admission privileges were necessary so that if a patient had a complication during a procedure, she would get priority attention.

However, the evidence presented by the plaintiffs showed that cases of complications are extremely rare, regular clinics that would have to give admitting privileges often deny them for reasons unrelated to the professional ability of the physicians to perform the abortion procedures, and that if the law were upheld the entire state would be left with one or, at most, two clinics and one or, at most, two physicians to serve approximately 10,000 women. This would disproportionately affect women with fewer resources - who would have to travel to seek treatment - and force them to wait longer, which in turn would expose them to more invasive procedures and greater potential risks.

In both June Medical Services v. Russo and Whole Woman's Health v. Hellerstedt, the plaintiffs were represented by the Center for Reproductive Rights. In a press release, Nancy Northup, the president and CEO of the Center for Reproductive Rights, commented on the relevance of the ruling, but also on how the precedent should have been respected at an earlier stage and should not have reached the Supreme Court.

It was out of consideration for the legal precedent that Chief Justice Roberts joined the liberal bloc of the Supreme Court.

In the justification that Chief Justice Roberts presented to his judgment, he explains that his vote was not in accordance with his agreement that the law should be defeated, and that he even considers that the present of 2016 was misjudged, but his respect for the legal president as a principle of judgment and for the need to care for it, makes it inevitable that he should join the liberals and respect the outcome of the 2016 case.

In doing so, for the third time, Chief Judge Roberts joins the liberal bloc in highly sensitive cases but with arguments that do not correspond to an ideological conviction but are purely formal and respectful of the institutions.