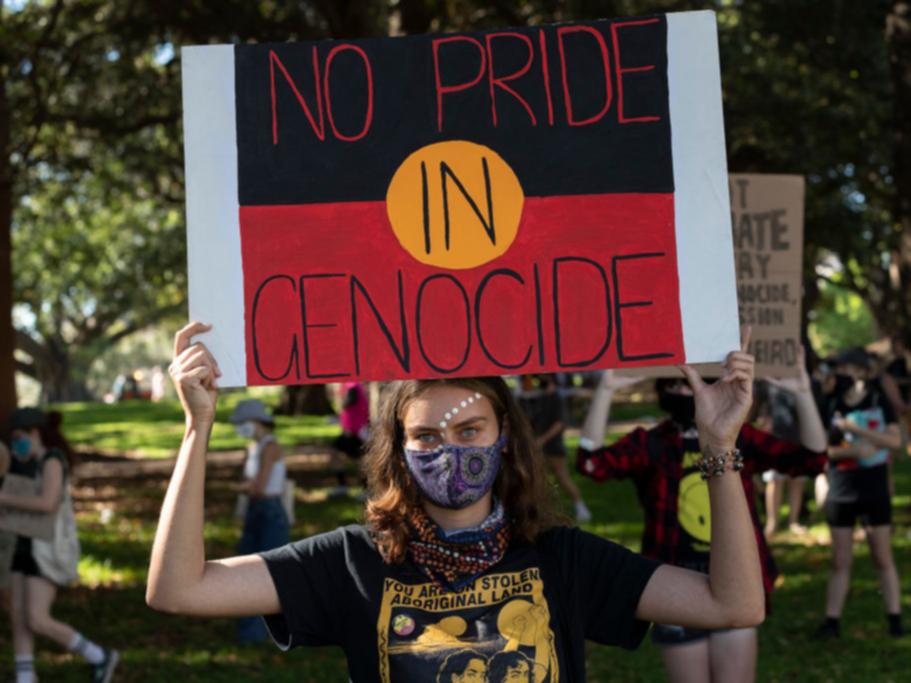 Australia's government has agreed to pay reparations to the aboriginal population it onces displaced and tried to erase. Photo: Brook Mitchell/Getty Images

The country’s Indigenous population has poorer health, lower life expectancy and less education than any other ethnic group in Australia.

Decades after being forcibly removed from their land, the “Stolen Generation” in Australia will finally receive financial compensation and formal acknowledgment for the generational trauma they’ve endured.

Morrison said in front of Parliament that the program’s objective is to formally apologize for the injustices of the past and to take responsibility for it.

On Wednesday, March 24, Shine Lawyers filed the first class action of its kind in the Northern Territory, which is home to about 250,000 people, almost one-third of whom are Indigenous.

"It's impossible to improve the future without acknowledging the past," said Tristan Gaven, counsel at Shine Lawyers.

The “Stolen Generation” includes several thousands of young aboriginal children who were forcibly taken from their parents and sent to internment camps or orphanages, where they were taught to assimilate into white society.

Today is National Aboriginal and Torres Strait Islander Children’s Day. The theme #ProudinCulture #StronginSpirit embodies the strength of our young people. We owe it to them to Close the Gap & provide greater opportunities. https://t.co/JSpkgIC2Ne @SNAICC #NATSIChildrensDay pic.twitter.com/5OL9xAViV3

Many of these children never got to see their parents again. The practice has devastated the lives of thousands Australian families and it continued into the 1970s.

According to the Australian Institute of Health and Welfare, in 2019 there were an estimated 33,600 Stolen Generation survivors.

Government statistics show that Australia’s Indigenous population rank at the bottom of most of the nation’s social and economic indicators. They have poorer health, lower life expectancy and lower education levels than other ethnic groups.

Under the new “Closing the Gap” plan, the Australian government will issue a series of measures to improve education, life expectancy, and language preservation, according to the Sydney Morning Herald.

The program will distribute a one-off payment of $55,387 “in recognition of the harm caused by forced removal,” and an additional $5,169 to facilitate the healing process.

Survivors will also have the opportunity to confidentially tell their stories about the forced removal to a senior government official. They can receive a face-to-face or written apology for the removal and resulting trauma, according to a news release from Morrison’s office.

Haitian migrants, advocates at Philly City Hall, condemn the Biden admin for recent border actions
September 29th, 2021
What is H.R. 40 and why is its upcoming review by Congress so important?
April 12th, 2021
Evanston, Illinois will be the first U.S. city to give reparations to its Black residents
March 23rd, 2021

New scheme announced today will give eligible #StolenGenerations survivors the opportunity to tell their story to a senior Govt official, have it acknowledged and receive a formal apology for trauma caused #MakeHealingHappen @HealingOurWay’s Ian Hamm, on @abcnews pic.twitter.com/H3F36JY7Ht

In the news release, Morrison said he is committed to delivering effective action on the overdue issue of national importance. Earlier in the year, he met with the Healing Foundation and survivors and told them he would look into practical solutions.

The Healing Foundation is a national Aboriginal and Torres Strait Islander organization that provides a platform to amplify the voices and lived experiences of Stolen Generation survivors and their families.

Fiona Cornfort, CEO of the Healing Foundation, said in a video that the program is “practical support” for survivors to address the health and economic disparities that resulted from forced removal.

We are grateful to be part of this moment today on the journey of healing. As a trusted advisor of Governments & National Community Controlled Org, The Healing Foundation will continue to elevate #StolenGenerations voices and support their leading of Intergenerational Healing pic.twitter.com/VnEiW0blvX

"Reparations to acknowledge that truth is important," Cornfort said.

The Healing Foundation and the Australian Institute of Health and Welfare (AIHW) have monitored the long-term effects of forced removal on survivors.

A study conducted by AIHW found that 88% of Stolen Generation survivors had not finished Year 12 of school and 66% of them did not own residential property.

Of the survivors, 43% had gone days without money for basic living expenses, 43% had been diagnosed with a mental health condition and 32% experienced some type of racial discrimination.

Cornfort said that although the reparations are a great step, they are not "everything" and more work is needed to heal the Stolen Generation.