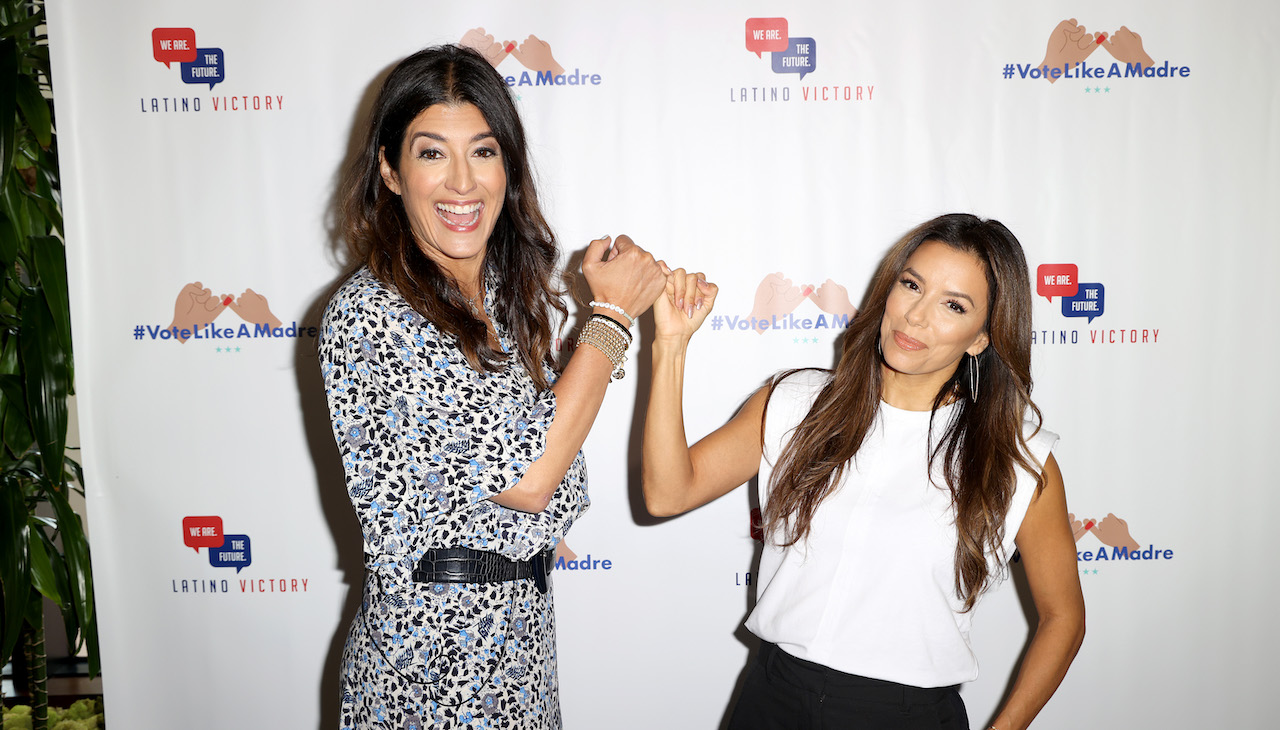 The investment is star-studded and has the support of Hispanic film industry giants.

Editor's note: This article has been updated to reflect statements from Nathalie Rayes, President and CEO of Latino Victory Project, as well as reflect studies surrounding the climate change phenomenon.

A new pledge this week by Latino Victory Project (LVP) hopes to mobilize Latino voters in the U.S to tackle climate change in a new, powered-up campaign in advance of the November general election.

The $5 million investment draws the support of big names in the film industry, including Eva Longoria, America Ferrera, Lin-Manuel Miranda and his mother Dr. Luz Towns-Miranda, Jessica Alba, and Rosario Dawson, among a slate of many others.

LVP’s campaign banks on a madres effort, demanding significant political efforts towards solutions for a growing climate problem. The investment will go towards advertising across digital and media platforms.

“Latina moms are leaders in their families, the workforce and our communities, but they also exert tremendous power as voters,” said LVP’s top exec., Nathalie Rayes in a statement.

“Nearly 60% of Latinas support candidates that support initiatives to combat climate change, so we have a key opportunity to mobilize this powerful electorate to vote for climate change action in November,” she added while emphasizing new data that showed that 59% of the surveyed population want new solutions for climate change.

And with the pledge, the organization continues to ramp up efforts to involve Latinas in the political sphere, following a limited series in partnership with FIERCE by mitú, aimed at speaking with Latinas in office, streamed on Youtube.

Through their efforts, LVP joins a growing list of organizations putting cash towards voter outreach via commercials, as well as on-the-ground operatives who, according to the release, will work directly with communities to organize politically.

This week, Building Back Better, a Biden-Harris advocacy group, just launched a unique six-figure ad buy targeted at Latinos and Hispanics. As more organizations rally for the Latino vote, this model of outreach may also serve as an incentive for political mobilization.

According to Pew Research Center, climate is a top concern for Latino communities in the U.S. In a survey, an overwhelming 81% of Hispanics said climate is not only a top concern but an issue that affects them personally. The same study notes as many as two-thirds of the surveyed don't believe the government is doing an adequate job, namely too little, to address the climate change phenomenon.

And while new landmark legislation was passed to address, among many things the climate, information might not necessarily be reaching communities in an accessible way. National polls tell us Latinos can sway election outcomes, but getting to the ballots has been a challenge over the years. Namely, those surveyed said disengagement is due to political outreach.

Charlene Mitchell, who made history as the Black woman to run for U.S. President, dies at 92
December 23rd, 2022
Agreement to establish a global standard on biodiversity is sought
December 5th, 2022
Without much progress, the global meeting to agree on a World Plastics Treaty concluded
December 5th, 2022

An overwhelming number of constituents said some candidates didn’t reach out to them at all, according to the National Survey.

“Vote Like A Madre profoundly touches the hearts of Latinas because our communities are among the most impacted by the effects of climate change. Every day, across the country, Latinos are experiencing the devastation of droughts, pollution, and illnesses caused by the climate crisis," said Reyes, denoting the importance of the long road ahead of mobilizing Latino communities, especially concerning issues that affect directly, and often, disproportionately.

LVP’s effort to associate big names with their latest campaign could prove effective, though these efforts will need to wait until November’s results. It is, however, a way for politicians to get a glimpse of how to rally the Latino camp.

Another challenge for political campaigns weighs on the candidate’s agenda, whereas a majority of constituents, according to data, are concerned about progressive issues. And while the Biden administration observed a slate of legislative dunks on Capitol Hill, getting the message across to communities becomes another goalpost.

“When Latinos vote, climate change and the environment are top of mind. There is a tremendous opportunity to galvanize the Latino community, especially Latinas, to vote on climate change. We are using every tool available to create awareness about the effects of climate change in our community and drive Latinas to the polls—from a robust digital ad buy, teaming up with celebrity mothers to partnering with local organizations for GOTV direct voter contact this election cycle," Rayes continued.

While these efforts may go a long way in activating a crucial voting bloc, it is yet to be seen if candidates will follow suit just weeks ahead of the November general election. But LVP's campaign serves as another example for disengaged political campaigns. Additionally, this campaign also serves as an accessible way to approach the complex and controversial policy surrounding climate change.

"We are joining a group of organizations that are speaking directly to Latinos about the climate emergency and making the case to work toward more climate progress. This campaign cycle, we are doubling down to make Vote Like a Madre one of the biggest GOTV outreach efforts and make Latinas’ voices heard at the ballot box," Rayes noted.