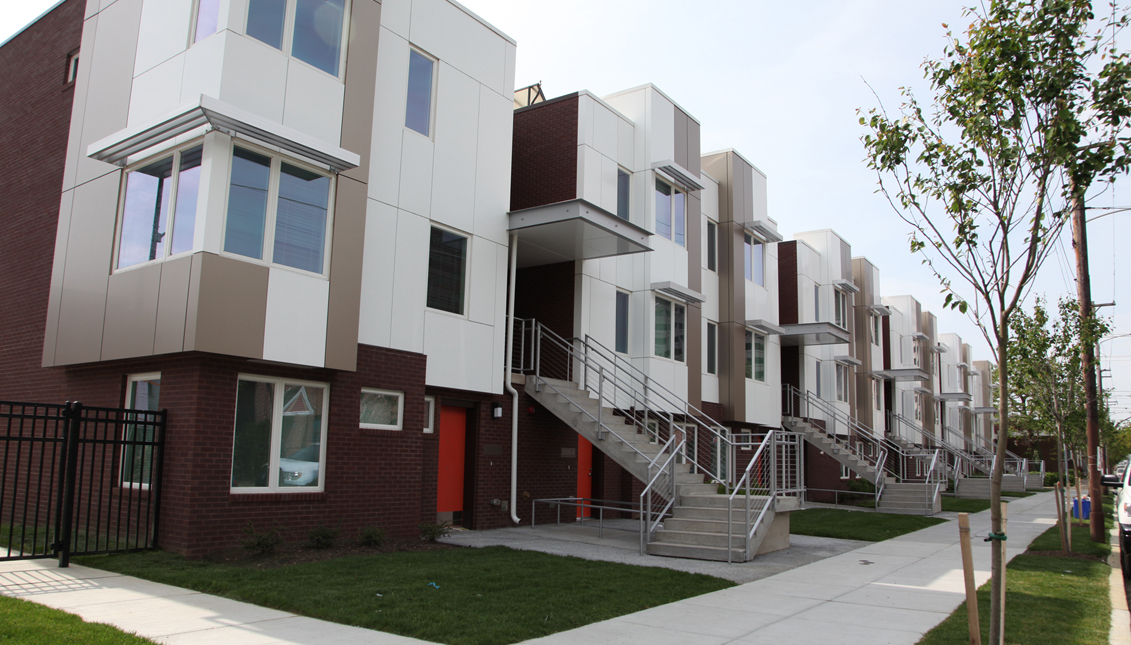 Affordable housing is one of the hardest resources to come by in Philadelphia, especially during the COVID-19 pandemic. Photo: WHYY

The funds from the tax would be used to finance $400 million in bond revenue to go towards affordable housing and other anti-poverty measures.

A week after Philadelphia City Council advanced bills to extend its eviction diversion program and a retention of hospitality sector jobs for laid-off workers, it has also advanced a once-rejected 1% construction tax on residential properties in hopes it will finance further efforts to combat poverty in the city and the major economic effects of the COVID-19 pandemic.

The advancement vote was confirmed during a late-night meeting of the City Council’s Committee of the Whole on Dec. 1.

Other legislation that advanced included a 10% decrease in value of the 10-year tax abatement for commercial properties and a one-year delay of the gradual reduction of the same abatement for residential developments.

While developers and the Kenney administration came out against the same construction tax when it was proposed two years ago, both had representatives that spoke in support of the measure this time around.

For Council President Darrell Clarke, who was the author of the tax bill, he hopes the funds it raises will be able to finance $400 million in bond revenue that will go towards a program designed to further combat the city’s poverty crisis exacerbated by COVID-19.

The 1% construction tax is expected to produce $9 million to $11 million per year, and revenues from the commercial property abatement decrease are expected to reach $83 million over the next decade.

The $400 million bond is expected to create $2.5 billion economic activity in the city and could support approximately 14,700 new jobs.

Like the earlier creation of a $10 million ‘Poverty Action Fund’ nonprofit, which passed City Council on Nov. 12, the new construction tax is part of its Poverty Action Plan that has origins in City Council’s Special Committee on Poverty Reduction and Prevention that spawned in October 2019.

Spearheaded by Clarke, the goal is to bring the city’s overall poverty rate below 20% by 2024.

Coronavirus threw a wrench in the process economically, but has also required City Council to pass more drastic measures that could get it to its end goal in the long run.

“There is no time to wait. Poverty is growing. These needs are urgent. We need to act now to create a better, more equitable future for every Philadelphian, and everyone has to pay their fair share,” Clarke said in a press release following the advancement of the two bills.

If passed by the whole of City Council, which could happen as soon as Dec. 10, both the new construction tax and commercial property tax abatement reform would go into effect on Jan. 1, 2022.