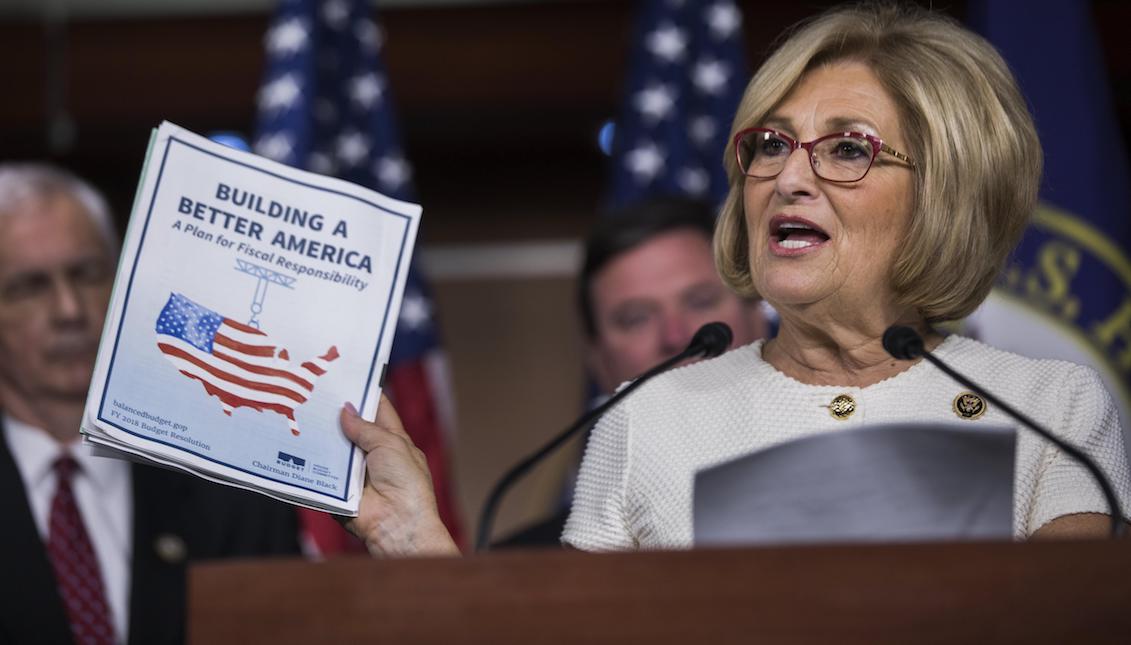 House Budget Committee Chair Diane Black Presents a Budget Plan for 2018. The Republican proposal will cut more than $ 200 billion of social programs and will lay the groundwork for a new tax reform. EFE

The health reform in the Senate had not yet fallen when the Republican bench in the House of Representatives presented its fiscal proposal, a project that also…

On Tuesday, GOP members in the House of Representatives unveiled their budget bill for 2018, promising the biggest tax reform in recent US history, but again stumbled across a party split between conservative and moderate Republicans.

On Wednesday, the House Budget Committee, headed by Rep. Diane Black, sent the Republican budget bill to the House for consideration. After 12 hours of debate, the plan was approved by 22 votes to 14.

The project entitled Building a Better America, proposes to balance the federal budget by cutting costs and reforming the government, thus achieving an "exponential growth" of the economy. According to the Chairman of the Budget Committee, Rep. Paul Ryan, the project would reduce $ 6.5 trillion in 10 years.

But conservative members of the House's Freedom Caucus have been pushing for more aggressive cuts in the long run, so they are unlikely to accept the proposal without modification, said group leader Mark Meadows.

But it is the so-called moderate Republicans who are really putting the locking stone. Twenty members of the centrist group Tuesday Group signed a letter last month against up to $ 200 million in mandatory spending cuts, arguing that "they are not practical" and that "they would make the enacted tax reform even more difficult than it already is."

According to CNN, "the budget for 2018 would be a vehicle for changing taxes. In the same way that they raised it in their program to repeal Obamacare in the 2017 budget, GOP leaders are using a budget tool called 'reconciliation' to pass tax legislation in the Senate with a simple majority. "

The GoLocalProv website reported that "once the House and Senate have passed their budget resolutions, the appropriations sub-committees of both bodies will mark their appropriation laws" - legislative laws authorizing the government to spend money. Subsequently, the House and the Senate must vote for the marked laws and "reconcile" any differences that may arise in this regard.

The government proposes to balance the budget for the next decade, cutting hundreds of billions in mandatory expenditures (expenditures on programs required by existing law). This type of cut would seriously affect the citizenship that depends on those funds. For example, with respect to compulsory programs, the Republican reform states that: "In areas such as health, safety, environmental regulation, education, workforce development and transportation, we put federal spending on a budget and Empowering states that are better able to address the individual needs of their citizens and communities. "

This means that, under the argument of giving budgetary autonomy to state governments, the GOP would reduce the participation of the federal government in all social programs implemented locally.

According to Democrat Representative John Yarmuth (Kentucky), the budget would cut at least $ 1.5 trillion in health programs. This is confirmed by Paul N. Van de Water, who published on the CBPP website an analysis reaffirming that "over a 10 year period, Medicare will lose up to 487 billion dollars."

Considering the little support that can be obtained from the tax proposals on the Democratic side, Republicans must reconcile behind closed doors in order to get around the legislative barrier.

The votes in the House of Representatives and in the Senate will mirror the political reality of the new administration, which is prepared to leave the ordinary citizen without social benefits, in order to assert its word.