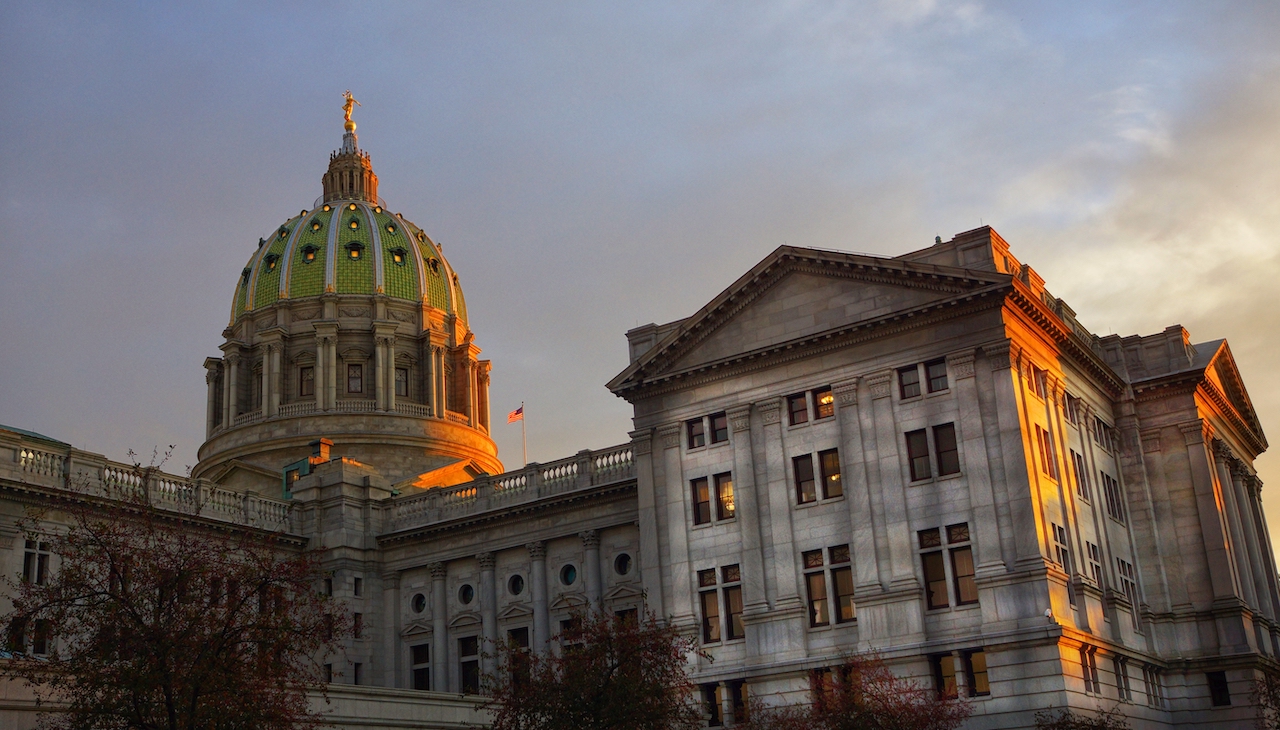 In Pennsylvania, though the majority make up for both chambers of the state legislature is Republican, abortion remains a legal procedure, shielded by the state’s current laws. But that hasn’t prevented the state’s Republican members from advancing new legislation, which Pennsylvania Governor Tom Wolf has consequently vetoed.

If Roe v. Wade is overturned, as the draft ruling indicated, Senate Bill 956 would lay the groundwork to ban abortion in Pennsylvania.

Elections matter — especially when it comes to constitutional amendments.

If SB 956 passes, abortion access will be on the ballot.

Earlier this year, Republicans in PA chambers shifted strategies, introducing new legislation that would restrict abortion across the state as a Constitutional Amendment, thus limiting the governor’s vetoing authority. Once approved by both chambers of the legislature twice, the bill will be an issue on the ballot in the upcoming elections.

Senate Bill 106 contemplates a restrictive approach to abortion, citing that taxpayers shouldn’t bear the burden of the medical procedure while inaccurately noting it would not yield any changes to existing constitutional precedent.

“They have suggested numerous times that if we pass SB 106, nothing will change,” Democratic PA State Rep. Malcolm Kenyatta pointed out.

Historically, these amendments have a higher likelihood of survival when placed on the ballot during an off-year, when voter turn-out is considerably lower and was previously a tactic Republicans resorted to when circumventing Wolf’s response to COVID-19.

On late Thursday night, the Senate Rules Committee stacked additional amendments while waiving rules that ban votes after 11 p.m., allowing chamber procedures to extend well beyond the legislature’s routine hours. In addition to abortion, Republicans advanced other amendments that would limit voting rights.

Several Democratic representatives, like Sen. Joanna McClinton, displayed fierce opposition to the Senate bill while underscoring the irregular hours at which the session took place.

“We are elected officials, just like you all. So you’re silencing millions of voters from every corner in the Commonwealth,” McClinton said.

Legality surrounding abortion has provoked ardent reactions at a national level; however, at the state level, cities grapple with an onslaught of new legislation that seeks to ban abortion entirely. Public officials across the state are driven to communicate existing laws directly with constituents amid an explosive news cycle.

“Once again, abortion is still safe and legally protected right for all Pennsylvanians — and I will fight to keep it that way,” wrote Philadelphia City Councilmember María Quiñones-Sánchez on Twitter, following the reversal of the landmark Roe v Wade decision.

The Dobbs opinion will embolden anti-abortion state lawmakers to advance increasingly severe restrictions. As long as we have a Democratic Governor in office, we can veto all the extremist measures put forward by the Republican house and senate.

While Republicans tread quietly in their efforts to redirect all abortion matters to voters, Quiñones-Sánchez reminded constituents of the importance of voting.

“As long as we have a Democratic Governor in office, we can veto all the extremist measures put forward by the Republican House and Senate,” she said in a Twitter thread.

In the upcoming gubernatorial elections, Wolf will not be able to run, opening up the governor’s seat for a contentious election that could profoundly affect how the state of Pennsylvania will deal with matters pertaining to abortion and voter rights.