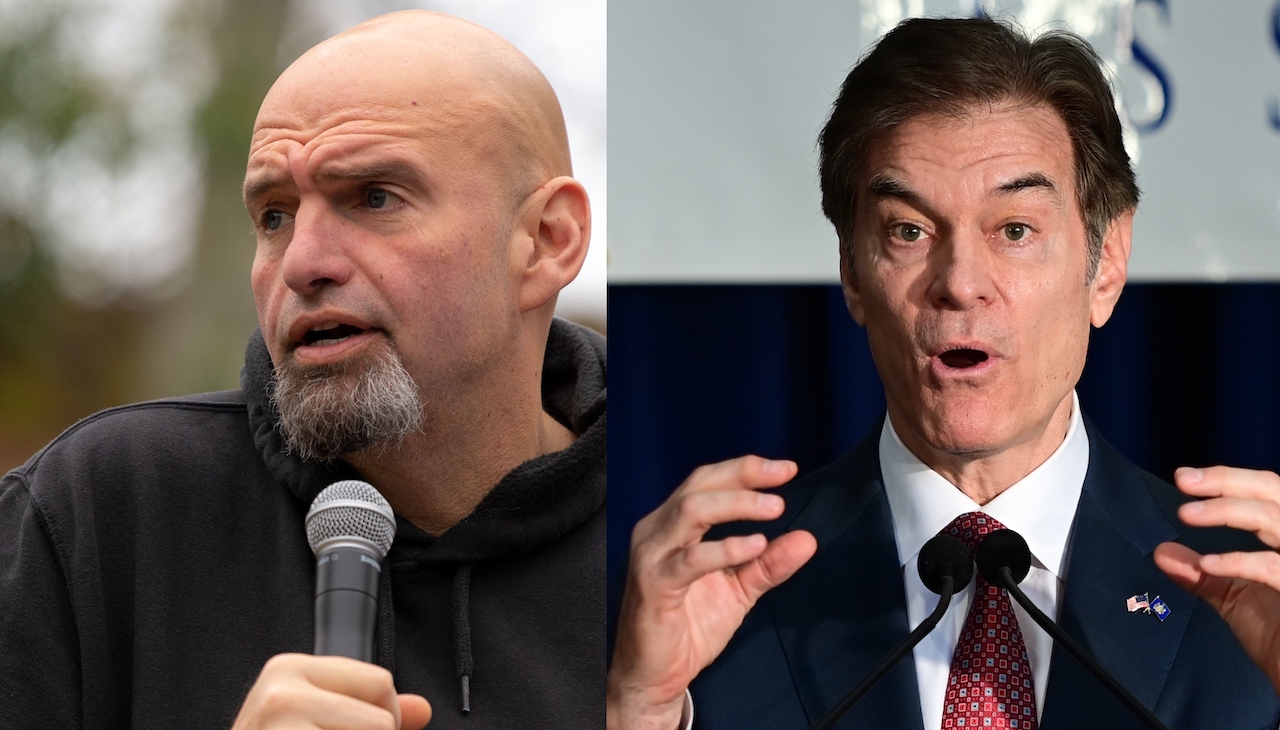 Fetterman and Oz touched on Hispanic voters' top issues, but was it enough? Photos: Getty Images.

Both candidates clashed on high-profile policy currently being debated in the nation’s courts and highest levels of government.

Issues that concern Pennsylvania’s Hispanic swing vote were on full display on the night of Tuesday, Oct. 26, as Senate candidates John Fetterman and Dr. Mehmet Oz engaged in a final debate ahead of the Nov. 8 elections.

The televised event represented one of the most monitored elections in the U.S., in which the outcome could determine the balance of power in the Senate. Fetterman and Oz clashed on every policy point, with heightened moments of tension around abortion, fracking, immigration, and gun control.

In a press release sent hours before the debate, UnidosUS, a Latino Civil Rights and Advocacy group, hoped to surface questions that targeted themes of concern, many of whom share similar concerns highlighted throughout the debate.

Rafael Collazo, Executive Director at UnidosUS, told AL DÍA that “to the extent that they spoke broadly about those issues, does indirectly, on some levels, speak to Latino voter’s top issues.”

“We’re disappointed but not surprised,” he added, referring to the absent acknowledgment of minority voting groups.

He went on to say that in prearranged debate formats, candidates “don’t have the courage to speak about how these issues, from the economy, healthcare access, down the line disproportionately affects the Latino community.”

Fetterman, who participated in the debate with closed captioning as he recovers from a stroke, stood behind the policy message he’s long proffered.

On abortion, Fetterman maintains a firm pro-choice stance. “I believe that Roe v. Wade is the law,” he said in response to the moderator’s question. Oz, in turn, did not specify if he would co-sign a bill authored by Sen. Lindsey Graham to render a nationwide abortion ban.

Oz additionally noted that decisions surrounding abortions should be up to “a woman, her doctor, and local political leaders.” Abortion rose into the top five list of issues for Hispanics for the first time in history after the Supreme Court struck down the landmark ruling that protected abortion seekers.

A sizeable majority of likely voters in PA also believe abortion should remain legal. On his campaign website, Oz describes himself as 100% pro-life.

Jobs and inflation topple other issues as increasing prices weigh on consumer pockets. In a 45-17 margin, Latinos believe Democrats have a stronger grasp on inflation and jobs.

Fetterman, in the debate, said he would support a $15 federal minimum wage and would get behind legislation to materialize it.

Oz pivoted his answer to “market forces,” explaining the markets should determine a higher price tag, albeit he did not specify what constituted an acceptable threshold.

Throughout the debate, Oz referred to his Democratic opponent as “radical,” while raising the issue of taxes. “I'll make them cut our budget as well, to make sure we don't have to raise taxes on a population already desperately in pain from the high inflation.”

Fetterman leveled Oz’s business dealings in China, in addition to his position as a television personality.

“When he had a choice to make his merchandise, the Oz label, he made it all in China. Who can you believe? The guy that can fight against inflation and push back against corporate greed or somebody that has chosen working in China versus American workers?”

The intensity of the debate often resulted in a confrontation, and not necessarily substantive policy discussions.

In PA, Latinos believe in a pathway to citizenship, including executive action, if necessary. It is difficult to grasp how Latinos consider Democratic maneuvering, given the issue of immigration, continues to sit in the nation’s courts, and deportations are at an all-time high.

Fetterman said he believes in strengthening border security and putting a stop to the flux of narcotics, namely Fentanyl, into the country.

Studies show that Fentanyl trafficking into the country happens through legal ports of entry at the border, as opposed to asylum mules, and the probability of a refugee carrying narcotics on their person is close to zero.

AL DÍA reached out to the Fetterman campaign to confirm whether Fetterman referred to legal ports of entry or asylum seekers in mitigating the narcotics flux. AL DÍA was directed by staffers to Fetterman’s fact-checking operation.

“John’s vision for comprehensive immigration reform would strengthen our borders and create a path to citizenship for millions of people living in the shadows,” it reads.

“I think that he hit on the most important piece as it relates to any candidate and any parties,” Collazo noted. “The call and his commitment, and work on a bipartisan, comprehensive immigration reform package.”

When asked if Oz would support a Trump nomination for the 2024 presidential elections, he affirmed his backing.

For Latinos, according to UnidosUS data, that is a deal breaker, particularly for Trump’s proximity to white nationalist groups during his presidential term.

And responding to whether Oz’s response would spook Latino voters, Collazo said that “associating yourself with the Republican party is going to raise some serious red flags for Latino voters in Pennsylvania.”