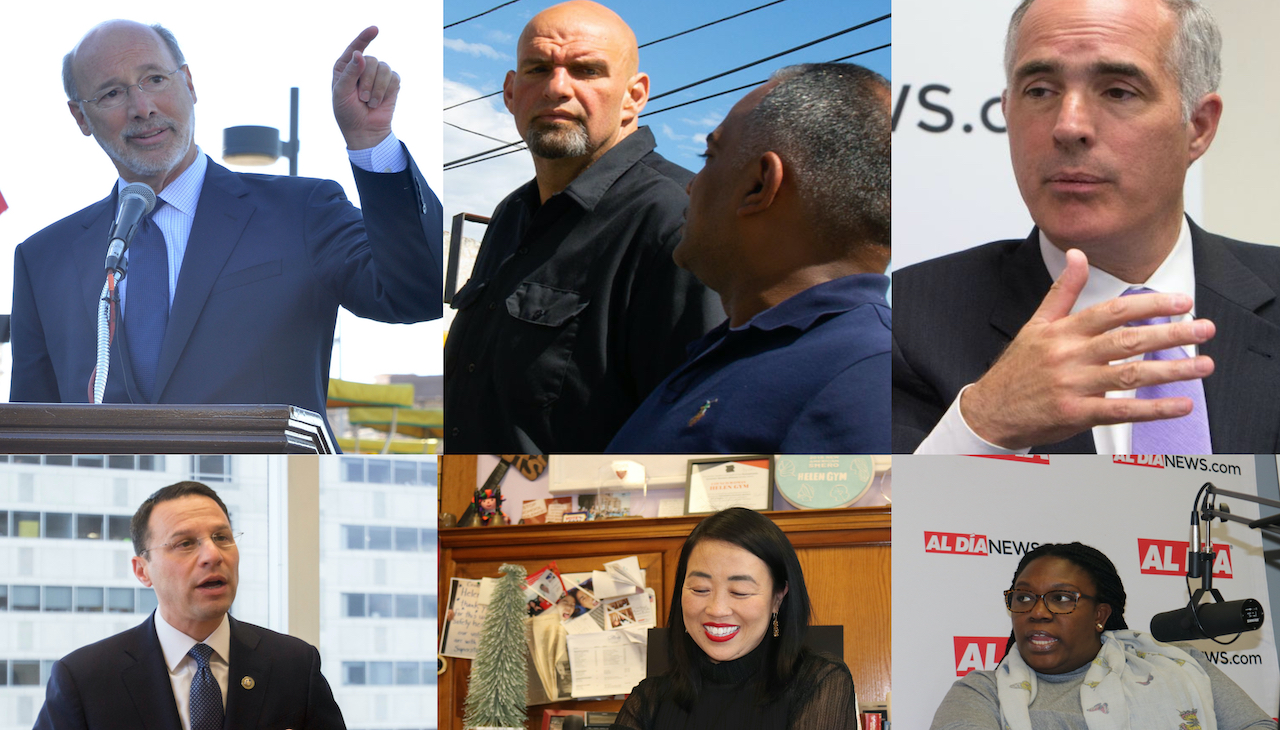 Dems in the state came out mostly against the leaked opinion from the Supreme Court to overturn Roe v. Wade. Photos: AL DÍA Archives.

How have Philly and PA public officials reacted to the Roe v. Wade leak?

While Republicans have largely celebrated the potential overrule, Democrats have reacted with outrage and vows of continued protections.

On Monday, May 2, Politico leaked a draft of the U.S. Supreme Court majority opinion, which indicated that the nation’s highest court will most likely vote to overturn Roe v. Wade, the landmark 1973 ruling which guaranteed the right to abortion in the nation for nearly five decades.

Right now, abortion is still legal in Pennsylvania, since the court hasn’t officially released an opinion. And unlike 13 other states, PA doesn’t currently have a “trigger law,” which would immediately restrict the procedure once federal protections disappear.

Several state and local elected officials have made statements on the possible decision, with Democratic leaders stressing the importance of fighting for bodily autonomy at all levels of government.

Both Councilmember Helen Gym and Senator Nikil Saval attended protests on Tuesday night, May 3. Gym traveled to D.C. to rally outside of the Supreme Court, encouraging her constituents to join her or attend the demonstration in Philadelphia.

Saval attended the rally outside of Philadelphia’s federal courthouse, joining hundreds of others demanding that the high court uphold a person’s right to reproductive freedom and demanding that Congress immediately codify Roe.

The government can't ban abortions, it will only ban access to safe, legal abortions. I joined hundreds of my neighbors at the federal courthouse and City Hall to demand that the Supreme Court uphold a person's right to an abortion and that Congress codify Roe immediately. pic.twitter.com/LOpp3Wrdjc

“The government can't ban abortions, it will only ban access to safe, legal abortions,” Saval tweeted on Tuesday.

On Thursday, May 5, Gym went further by introducing a resolution calling for hearings to assess the impacts on the city if Roe v. Wade is repealed. Gym is also calling for an exploration into proactive steps to safeguard civil rights and advance reproductive justice.

“People of privilege will always have access to them. It will deny safe abortions and limit reproductive healthcare for immigrants, people of color, young people, crime victims, and trans people,” Gym tweeted.

Today in City Council, I introduced a resolution calling for hearings to assess the impacts on our city should Roe v. Wade be repealed, and explore the proactive steps we can take to safeguard civil rights, to end criminalization of bodies, and to advance reproductive justice. pic.twitter.com/Z95kLY3e0x

Councilmember Kendra Brooks, who has had an abortion herself, said in a statement that her heart has been “on fire” ever since she read the leaked Supreme Court document, and said that abortion access is a life-affirming policy that needs aggressive protection.

“I resolve to fight alongside leaders in the reproductive justice movement for the future that our kids, grandkids, and communities deserve—where people have autonomy over their bodies, agency over their healthcare, and access to the fully-funded public goods they need to live healthy, empowered, self-fulfilled lives,” Brooks wrote.

On Wednesday, May 4, Congresswoman Mary Gay Scanlon joined activists from Planned Parenthood Action Fund and fellow Pennsylvania Democrats, including Gov. Tom Wolf, gathered in the city in a show of support for abortion rights.

I stood with @GovernorTomWolf, @RepDean, @RepMGS and other elected and community leaders today in #Philly in support of the right to choose abortion. I voted for the Women’s Health Protection Act that would put Roe v. Wade protections into law – the Senate should act on it! pic.twitter.com/hDsrB2NxoY

“We refuse to sit back and watch while Pennsylvanians have the fundamental right of control over their own bodies stripped away,” Scanlon said, adding that it’s time to finally pass the Women’s Health Protection Act (WHPA).

Although Sen. Bob Casey identifies as a pro-life Democrat, he expressed grave concerns about what it means for the high court to overturn a legal precedent that’s been in place for 50 years. He also stated that Congress should take more action to support women and families to reduce the number of abortions.

Lt. Gov. John Fetterman, a U.S. Senate candidate, called the right to abortions “sacred” and also called for the elimination of the filibuster so the Senate can pass the WHPA.

Governor Tom Wolf expressed his continued support for reproductive rights and vowed to veto any anti-abortion legislaiton that lands on his desk.

But Wolf’s term is ending soon, and Attorney General Josh Shaprio is the only Democrat in the running for Governor.

If Shapiro does win, he also promised to be a champion for bodily autonomy and veto any anti-abortion bills passed by the state legislature.