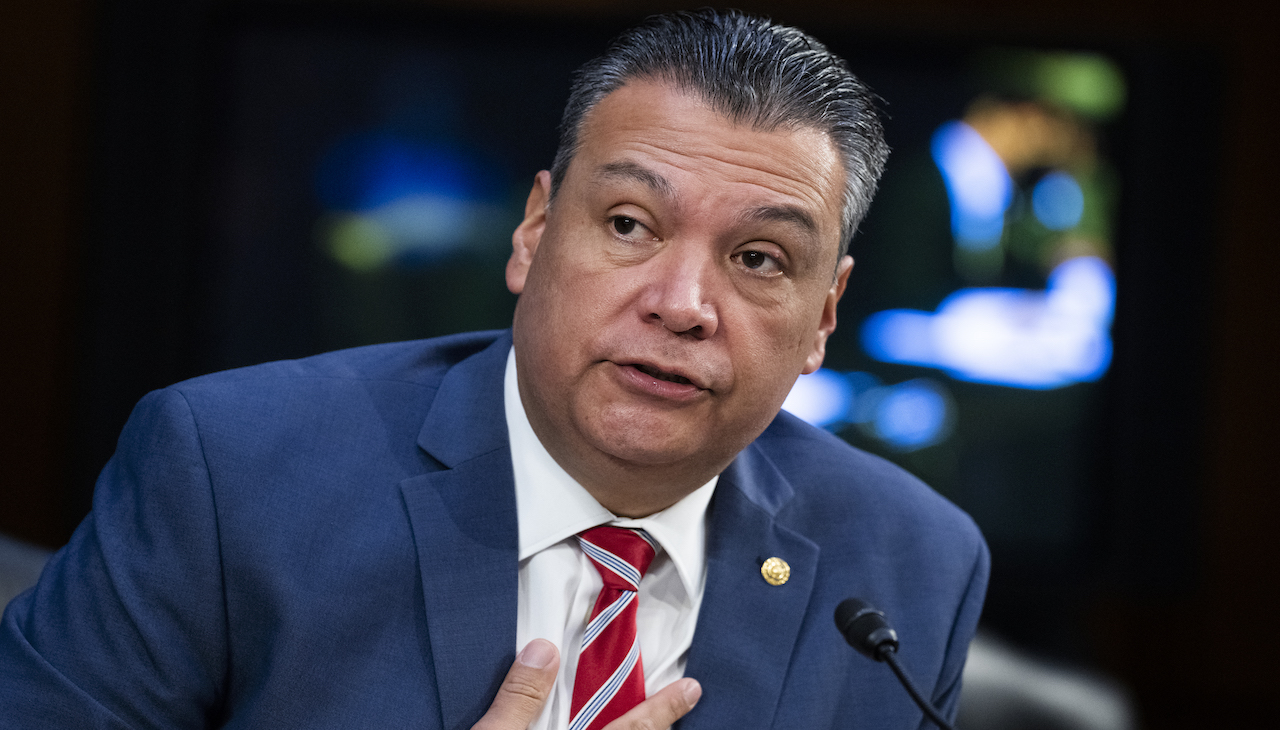 The testimonies ranged from stories of hope, survival and being failed by the system.

On Tuesday, March 15, Sen. Alex Padilla, Chairman of the Senate Judiciary Committee's Immigration Subcommittee, led a panel to hear about the challenges immigrants face in seeking legal permanent status, and the need to “overhaul and modernize the system.”

The California senator, who is the son of Mexican immigrants, has long been a champion of the immigration rights movement.

In the first week of March, he introduced the Resolving Extended Limbo for Immigrant Employees and Families (RELIEF) Act, which would eliminate the family and employment green card backlog by increasing the number of green cards available.

“Today, I’m leading a hearing to discuss ways Congress must improve our immigration system, eliminate the backlogs, & do right by our communities,” Padilla tweeted ahead of Tuesday’s panel.

Excessive backlogs in our immigration system have kept lives in the balance for decades—enough is enough.

Today, I’m leading a hearing to discuss ways Congress must improve our immigration system, eliminate the backlogs, & do right by our communities. https://t.co/KiYroq829J

“A different kind of pain”

Rajakumar, a 2021 graduate from the University of Texas and a member of the youth-led organization, Improve the Dream, spoke about her experiences being an immigrant from India who aged out of her green card application after turning 21.

She described her current situation as “surviving,” but not truly living. She told the Senate Committee that at a young age she had grown accustomed to having her life controlled by her legal status.

“I learned very young that every aspect of my life would be controlled by my status.” - Athulya Rajakumar (1/3) pic.twitter.com/757OcGNQd9

Rajakumar’s brother was forced to neglect a serious mental illness throughout high school and college, but taking a leave of absence was not an option.

“As H-4 dependents, my brother and I legally needed to be enrolled as full-time students in order to comply with our visa status and remain in the country lawfully,” she said.

Her brother had dreams of becoming an immigration lawyer, and scored in the 98th percentile when he took the LSAT. But unfortunately, his illness overtook him and he died by suicide on the day before his orientation at the University of Washington.

Rajakumar, who studied journalism, recently received a full-time job offer from a major news corporation in Houston, but once the company discovered her visa status, it concluded that investing in her would be too much of a risk.

“But worst of all is to be considered an alien, an outsider in the only place you know to call home. That is a different kind of pain that only me and the other 200,000 other children in my position share,” she said.

Unless Congress provides a clear and reliable pathway to citizenship for Rajakumar to apply for, in just eight months, she will be forced to leave the country she’s called home for almost 20 years.

In her closing remarks, Rajakumar urged the members of the subcommittee to pass the bipartisan America’s Children Act, which would permanently end the issue of aging out and ensure that children that are raised and educated with a documented status receive the opportunity to apply for permanent residency.

In addition to America's Children Act, to fix the root causes of aging out, Congress should remove per country caps, which are discriminatory to immigrants from populous countries (India) and fix flaws in the system which allow long-term residence with no path to citizenship.

“It has been 32 years since Congress last meaningfully updated our system of legal immigration. Since then, massive backlogs have accumulated. Millions of immigrants who qualify for admission continue to wait for years,” Legomsky said.

Legomsky argued that while immigrants are highly entrepreneurial, and contribute positively to the nation’s economy, the benefits of immigration are not limited to that sector.

Professor Stephen H. Legomsky: “It has been 32 years since Congress last meaningfully updated our system of legal immigration. Since then, massive backlogs have accumulated. Millions of immigrants who qualify for admission continue to wait for years.” pic.twitter.com/Q9HpoxAflW

“The family unification program — the largest component of legal immigration — reflects the fundamental value that Americans have placed on family unity and our recognition of the multiple long-term harms of prolonged separation. Reunification of the family also fosters immigrants’ full-fledged integration into American life,” Legomsky said.

Highlighting an issue that was present in Rajakumar’s story, Melmed argued that the lengthy green card backlog is the central problem in the “U.S. high-skilled immigration system.”

Lynden D. Melmed, who previously served as Chief Counsel of USCIS, is testifying in a Senate subcommittee hearing on barriers to skills-based migration, and his comments are informed by his representation of hundreds of companies that touch every corner of the U.S. economy. pic.twitter.com/DOcF2fB0jV

Melmed mentioned a new trend that’s already occurring in North America as a result of this frustrating backlog system.

Melmed explained that the harms of the green card backlog touch every industry. For example, these lengthy wait times have exacerbated healthcare staffing shortages.

“Today’s hearing was an important step in making meaningful changes to our outdated and overly complex immigration system. I look forward to working with colleagues on both sides of the aisle as we continue to make progress,” Padilla said after hearing from all three witnesses.