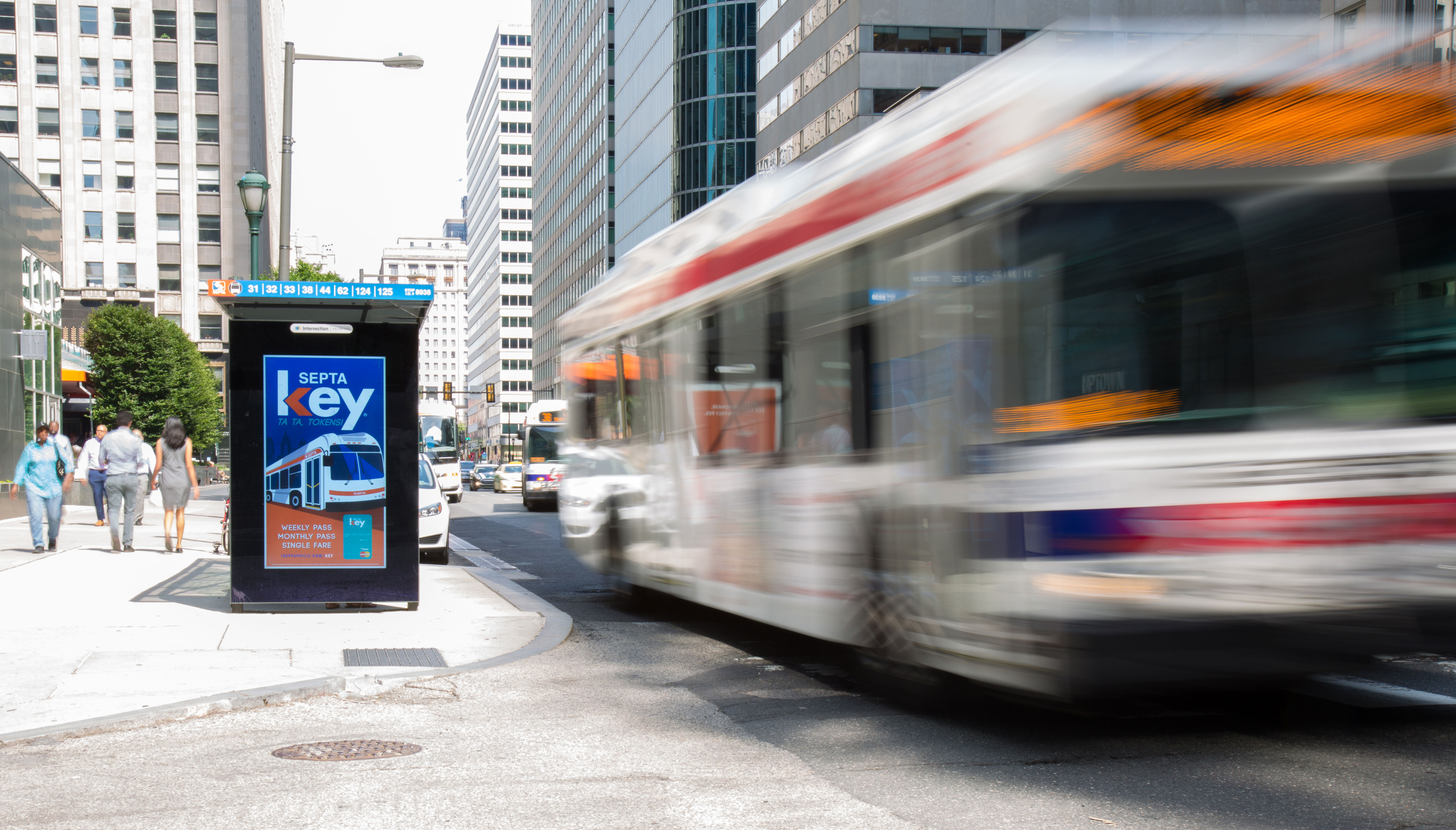 SEPTA isn't stopping with the SEPTA Key, new changes to the system are coming as early as July. Photo: Samantha Laub/AL DÍA News

SEPTA has overcome a series of setbacks over the years but despite this, the city’s transit system is going toward the future. Read below for an overview of…

The fact that Philadelphia’s transit system has been lauded as one of the best in the country may come as a  surprise to its daily riders. For many, a ride on a SEPTA rail was like a ride in their mom’s old minivan, completely functional but never cool.

In need of repair, aesthetic upgrades, and improvements on accessibility, SEPTA’s rides had the framework for greatness but none of the pizzazz. But thanks to federal funding and a vision for the future laid out by former General Manager Joseph Casey, SEPTA is finally getting the attention and care necessary to help it outshine other systems on all fronts.

Expanding on the plans and triumphs of his predecessor, General Manager Jeffrey D. Knueppel is pushing SEPTA to become a system of the future.

With close to two years under his belt as SEPTA’s general manager and 29 with the company, Knueppel has seen his professional career grow alongside with the business he knows and loves.

Knueppel has two degrees in civil engineering and worked with SEPTA from the ground up, so he’s no stranger to every aspect of the operation and thus, was a natural choice for the organization.

And with his work and dedication to the company, SEPTA has already seen changes come to fruition that were years in the making.

From the recent release and implementation of the SEPTA Key, the new pass that can be used on both city-wide and regional rail access, to the construction and remodeling of City Hall and 15th ST stations, the company SEPTA’s changes are just getting started.

With changes starting as early as July 2017, SEPTA’s ride into the the railways of the future has already hit its first stop. By the end of this year, riders can expect to see a sprinkling of hybrid and electric buses as the mode of transportation for the city of brotherly love extends an affectionate hand to mother earth.

Overall, 25 electric buses and 15 electric locomotives are scheduled to begin services early as July 2017 with the last of the locomotives being delivered in November 2018. 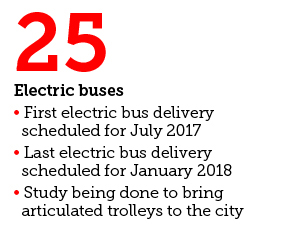 And your average rider, stricken with disillusionment so much so that the administrator’s for SEPTA have created a campaign to encourage riders to not treat their underground mode of travel like a trash can titled, “Dude, It’s Rude,” may be thinking, “What’s in it for me?”

And the answer is something that may amaze them. SEPTA’s plans to upgrade are from the inside out with over 525 hybrid buses with wi-fi, USB charging ports, LED passenger information screens and molded seats being added up until the year 2021. 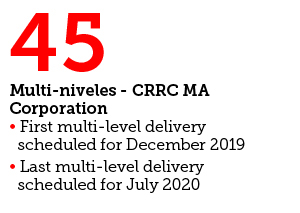 Outside of the nicer seats and technological advances riders can also expect more riders for more efficient rides and less packed aisles during rush hour, with 45 multi-levels from the CRRC MA Corporation to be released in December 2019 until July 2020.

“It’s been very hard to be a public agency and provide a public service and at the same time be a business,” says Knueppel, “We’re trying to be good stewards of the taxpayers money, and while we’re always trying to make the service stronger and better, we need to be careful on the business side.” 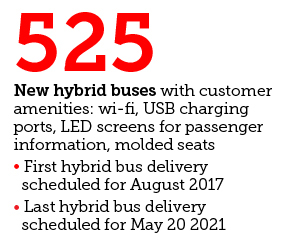 But despite the persistent balancing act, the organization is moving towards a burgeoning ridership, increased income, and a technologically advanced rider experience. 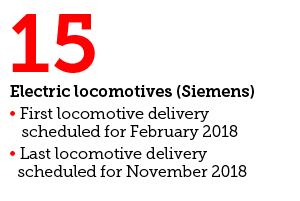 Changes stemming from the past

But the success of SEPTA thus far and the improvements we’ll see going forward has more to do with the groundwork and history of the design.

From as early as 1902, the Philadelphia Rapid Transit Company  was well on it’s way to becoming the city’s major consolidated force in transportation. But barely able to afford construction of the elevated rapid transit line that expanded from the Delaware River to the west to the consolidation of the region’s mass transit systems to create SEPTA in 1964, the company has constantly been bouncing back from struggles and walks confidently  forward into the future.

But the rich history and story of triumph of SEPTA has included its share of labor struggles and a few tragedies, but on the whole, SEPTA has succeeded at its basic mission. The region’s transit system has triumphed every time and continued to add increasing benefits for its customer base, including the Airport Line and the Commuter Tunnel, with more changes to come in the future.

Serving the riders on the rise

Along with the changes in the infrastructure and technology, SEPTA is working on making daily commuting easier for it’s fastest growing group of riders: Latinos.

The most recent numbers on Hispanic ridership in the 5 county area is 329,655 with Philadelphia County boasting 207,721, in terms of reported numbers.

Of a survey of 1,200 respondents, 6% were Hispanic overall but they expect the numbers to only continue to rise.

By providing not only, bilingual kiosks for the SEPTA Key in Spanish and newly installed guides, the customer service department has a set staff of Spanish speakers who are able to assist with any questions.

The transformations on the Market-Frankford line can also apply as that line is the most-used rail used by the Latino community in Philadelphia according to SEPTA staff members.

With so many changes at stake, not just from the Latino community but the five-county region as a whole, how can the organization keep up?

In his 29 years with SEPTA, General Manager Jeffrey D. Knueppel has seen the organization change from the ground up.

But when Knueppel took the position after former General Manager Joseph Casey stepped down in 2015, there was still quite a bit left to do to bring the organization into the future.

And yet, despite the need for repairs and the previous financial troubles facing the organization, SEPTA was named the best large transit system in North America by the American Public Transportation Association and placed 33rd in Forbes magazine’s list of the nation’s 500 best employers in 2015.

The state funding initiatives started by Casey through ACT 89, which helped SEPTA’s budget reach $534 million, continued under Knueppel and despite the increase in state funding, Knueppel expressed that garnering funding for the organization is still of primary concern when taking SEPTA into the future but fully dove into the organization before truly making changes.

"I really think I made better decisions once I knew people's jobs," he said to the Philadelphia Inquirer ina previous interview.

"I really think I made better decisions once I knew people's jobs," he said.

But his role as general manager under change is consistent with his background, "Most likely it's going to be me building things," Knueppel said about his administration.

Consistent with his mission from the start of his career and in-depth knowledge of the fundamental structure and performance of the organization, Jeffrey D. Knueppel sat down with AL DIA News to speak exclusively about SEPTA’s changes and it’s first stop: innovation.

How do you ensure SEPTA’s system functions so well together?

In other cities, there’s less coordination between the commuter rail or buses because of the system but ours is different. We work hard to make sure our system works as a system and not individual services. It's unbelievable the statistics we saw the other day about the probability you could get where you need to go using our mass transit system. Philadelphia is an older city so we function off of a grid ...the network has been in place for quite sometime. It's really just a matter of refining it as times change.

What are the current projects for improvement and how much was spent on them?

We have dozens and dozens of projects all over the network but focusing on the city efforts, we have 525 buses coming to the network, LED screens for passenger information, etc. We always work very hard to make sure our bus network is very strong because if anything needs to be updated, the bus network can always be changed. Because we can change the routes, unlike the rail network the bus routes are great in terms of flexibility. The bus network carries half of our passengers so it's something we’re paying attention to. Our trolley in the future, we’re looking to replace them with articulated trolleys. Since 2000, the trolleys have gone up 20& in ridership. We’re really out of room. So instead of having a single trolley and articulated trolley is really two or more trolleys pushed together so we have to change our infrastructure to accommodate that. That’s a little farther off but that’s what’s coming. [...] On the L, we’ve elevated the line. [...] Combined the construction of 15th ST and City Hall $150 million dollars. And elevators go to all those locations. At one time engineers didn’t know how to make accessibility work for the Broad ST and 15th locations but that construction is soon to start. We are improving the vehicle, new floors, new seating, new lighting, and total changes. CCt and vehicle accommodations for seniors and the disabled are coming, in addition to cameras.

You almost can’t get tokens made anymore. We’re like the last major agency, so we were behind. We had financial difficulties in replacing our system. It’s really an efficiency for us to not have to handle all that cash. And to put all that cash in our employees hands, security issues - there’s just a lot of handle with processing that amount of money from a business standpoint it makes us more efficient but from a customer service standpoint, it’s a great way to make our system easier to travel. If you think about the past, there were systems you could go to and they wouldn’t sell you anything. If you didn’t have anything, you couldn’t get on. But now there’s machines at every station, and you don’t even have to have cash, you can use a credit card.