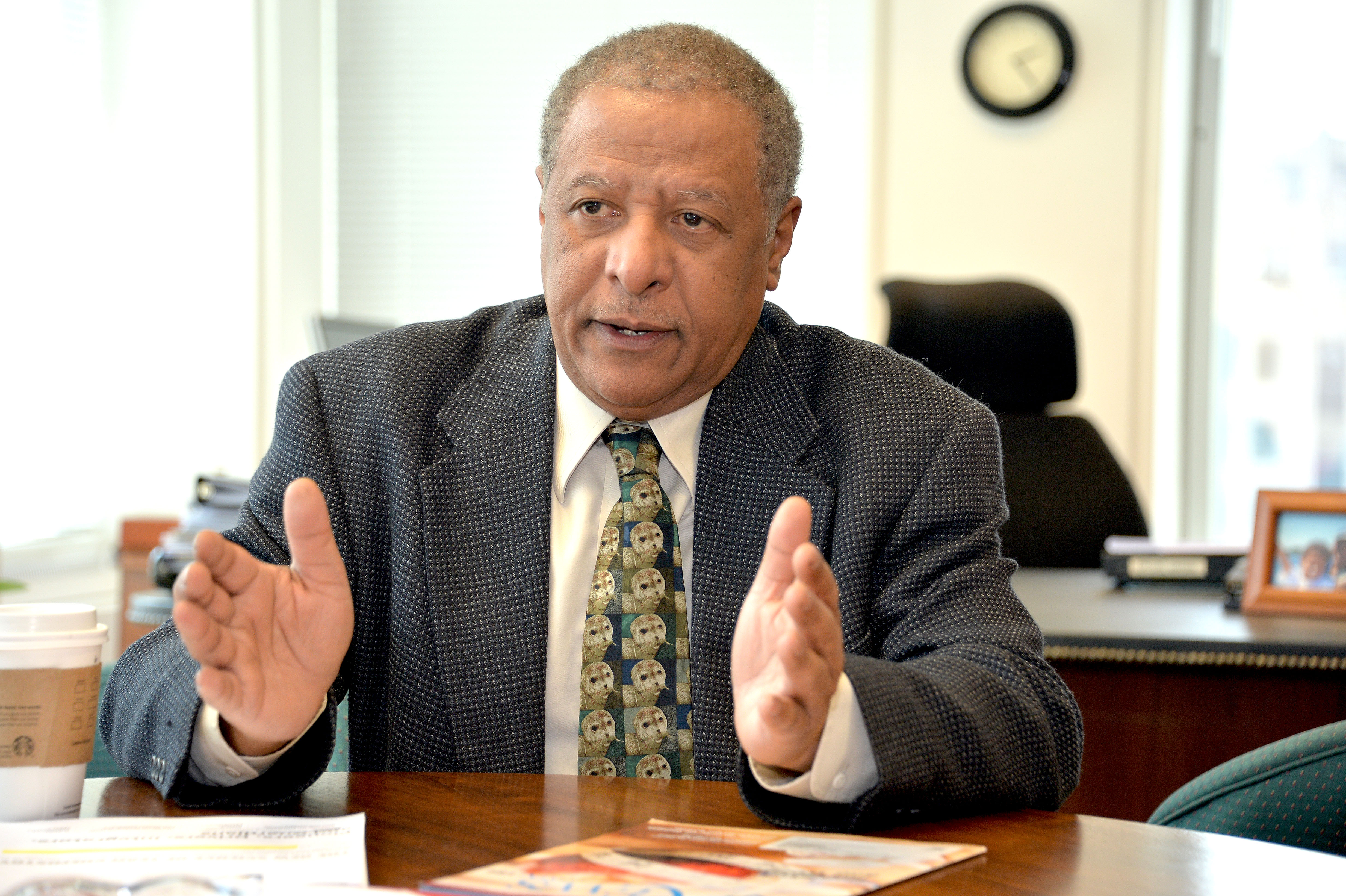 Director of the Office of Human Resources, Pedro Rodriguez, wants to bring diversity to city government.

“Help Wanted” at the City of Philadelphia

The City of Philadelphia is looking to make the government look like the city it serves.

When you look at City Hall, at the heart of Center City, you see a symbol of Philadelphia’s rich history and bright future.

A city that has often been credited as the birthplace of America, rich in diversity and booming with opportunity, the city’s government has yet to catch on to the curve.

With little Latino presence in the government, the demographics of the city’s civil servants have yet to match up with the general population.

But Pedro Rodriguez, Director of the City of Philadelphia's Office of Human resources wants to change that.

The second Latino to hold the position, Rodriguez wants to invite people from communities outside of the Center City neighborhood to feel at home and participate in their government.

Though the city’s government is one of the larger employers of Philadelphia, the fight for willing employees is strong against private universities, local corporations, and entrepreneurship, especially in communities of color.

And though the wealth of opportunity is there, ensuring communities are aware of the opportunities that are available is the true challenge according to Rodriguez.

“We want to take that into the neighborhoods. […] So people in the neighborhood begin to think and check this as a place that might have job opportunities for them,” said Rodriguez.

Though there is representation from all parts of the city of those who work in civil service, there are certain areas of the city and also certain ethnicities that remain underrepresented.

The city is 7% Asian, 14% Latino, 35% White, and 44% Black but this diverse makeup is not present in the face of the government. And the gender diversity is unique with 53% women and 47% men. But in government the numbers are flipped. With 62% men, and 38% women, gender is not the only arena in which the local government needs some restructuring.

The local government workforce is integrated, with nearly an equal number of blacks and whites on the public payroll. But Asians and Latinos are underrepresented, when compared to their presence in the city.

The government employee demographics are also challenging with 3.14% identifying as Asian, 6% as Latino, 40% as White, and 50.2% as African American.

The Kenney administration has - more than any other administration in recent history - made it a priority to diversify the workforce. The mayor is very clear about that’d he reminds everyone of that mission at every opportunity. We open up opportunities for people of color and for women, for ethnic groups,” said the Director.

And ensuring that the makeup changes, several departments have taken on the charge of making these difficult changes that have faced the city government for decades. The Office of Human Resources, the Office of Diversity and Inclusion, and the Office of the Mayor, have made it their mission to include more of the communities they serve in making Philadelphia a greater and more inclusive city.

“I committed to creating a government workforce that was diverse and representative of the City as a whole. I made this promise not only because I believe it’s the right thing to do, but also because study after study shows that more diverse workplaces perform better,” said Mayor Kenney.

But Rodriguez says that the trick is not the goal of maintaining the diversity but of actually executing and getting the message out to the prospective employees who could work within the government and bring wealth back to their communities.

Considering his particular background in community organizing and civil service, Rodriguez knows that getting the information out about the positions relies on technology, resources, and word-of-mouth.

While Rodriguez states it was the way of older administrations to hire friends and family, or hire those who could pay for a say, he states that sentiment has changed in recent years due and will only continue.

Competing with the private sector

But the contrast of the private and public sector is still valid with the public sector presenting benefits outside of looking at salaries alone. With comparable wages and quality fringe benefits, including job security, there is a real pull to the public sector if people are aware of the opportunities.

Outside of the school district that has lost several thousand jobs in recent years, layoffs are rare. Salaries of workers who are not managers range from a low of $24,000 a year to over $100,000 annually. A couple composed of a wife who teaches in the public schools and a husband who drives a SEPTA bus will earn $123,000 a year.

And a six-figure income can be good for any family and bring wealth into communities outside of Center City - a priority that Rodriguez says is important to him personally as well as the city.

“Do the math. Add all the benefits you get from the city compared to the private sector and see what you get. [...] Put it on paper,” said Rodriguez.

But Rodriguez recognizes that the public sector is not for everyone.

“You’re not going to be a millionaire, but it’s a special type of person that wants to work here. [...] There are people who want to be a part of the agent that makes the city of Philadelphia move.”

The opportunities to rise in the civil service are endless and easy to come by, according to Rodriguez, it just takes work and time.

“Once [applicants are hired], there are many opportunities for advancement in the city of Philadelphia. I know deputy directors that began as clerks,” said the director.

While there may be opportunities available to move up in the public sector, the demographics of the top leaders are not representative of the population in ways that the lower positions might be, meaning they have much more work to do.

Inclusion and more specifically, inclusion that is representative of the demographics of the city by both race and gender is just one aspect. A closer look into the numbers reveals real differences emerge when you look at the presence of women and minorities in the higher paying jobs with the larger titles. When it comes to city government, the annual average salary of whites is more $10,000 higher than blacks and the average salary for males is nearly $5,000 higher than the average female employee and these numbers have been consistent for at least the past two years.

In 2016, the executive exempt workforce was 51% male and 61% white. In a populations that is 44% African-American and 14% hispanic, it is unclear why these positions aren’t filled by workers who are a part of those groups.

This presents a mystery. Civil service rules and union contracts demand pay equity within jobs, usually based on seniority, but the disparities still remain.

But Rodriguez is clear that with time, the joint efforts announced by the city department hope to make changes to the workforce of the city from the top down - even if the process is a long and arduous one.

“You can’t snap your fingers and get it done that way. It’s a process. And part of that is understanding where we are, getting the data so we can know and make plans to drive a workforce that at least in all aspects - managerial, at the top, the front line workers - reflect the city of Philadelphia,” he said.