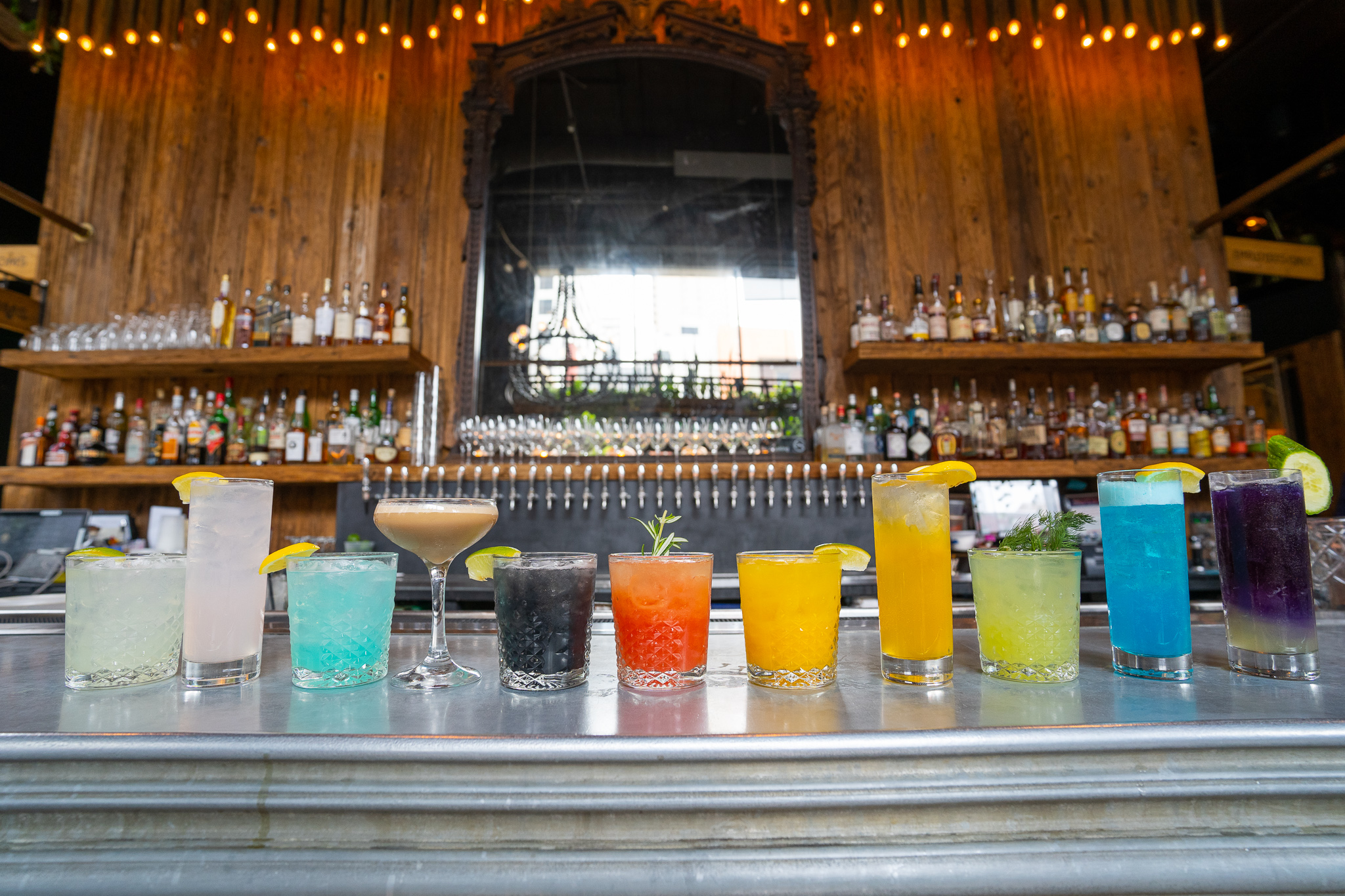 All 11 'Cocktails for a Cause' pride drinks Photo credit: Meghan Flanagan/The Philadelphia Flyers.

Philadelphia Flyers create drink for ‘Cocktails for a Cause’ campaign

The Flyers have collaborated with FCM Hospitality to make a custom drink and raise money for local LGBTQ+ organizations.

The Philadelphia Flyers are celebrating Philly Pride Month with the debut of a new custom specialty cocktail.

The Flyers’ “Flyers Rowdy ‘Rita,’” which consists of tequila, triple sec, orange, and mango lime, will be available exclusively at the newly opened Liberty Point throughout June. This drink is one of 11 made for the Cocktails for a Cause campaign in partnership with FCM Hospitality. Each drink represents one color on the progress pride flag.

FCM Hospitality will donate $1 from each drink sold, with the proceeds being distributed to four local LGBTQ+ organizations. The Flyers Charities will match donations up to $10,000.

One of the organizations that will benefit from the proceeds is Galaei. Galaei “is a Queer and Trans, Black, Indigenous, and People of Color (QTBIPOC) radical social justice organization.” The organization was founded with a focus on the Latinx community and the AIDS crisis, but has since expanded to provide other queer communities of color with educational service and community wellness, as well as helping to heal historical harm.

The last organization is Attic Youth Center. It’s mission is to “create opportunities for Lesbian, Gay, Bisexual, Transgender, Queer, and Questioning (LGBTQ) youth to develop into healthy, independent, civic-minded adults within a safe and supportive community and to promote the acceptance of LGBTQ youth in society.” The organization provides youth with opportunities for summer internships, mental health counseling, and programs to help them build life skills.

“When we first learned about Cocktails for a Cause, we were eager to get involved and help support local LGBTQ+ organizations that do so much for our city. The Flyers belong to everyone in the City of Philadelphia, and especially during Pride Month, we want to send a clear message that we support the LGBTQ+ community,” said Valerie Camillo, President of Business Operations for the Philadelphia Flyers, in a statement.

The other 10 drinks created for the Cocktails for a Cause campaign can be found at:

The Cocktails for a Cause Pride Party and Kick-Off event will be held at Liberty Point on June 9 from 5 to 8 p.m. This event will feature all 11 drinks with the Flyers Rowdy ‘Rita being served in a Flyers x Pride souvenir cup while supplies last.

The event will also feature appearances from Flyers members and Gritty at 6 p.m.

TAGS
bawed59741
Home-based job that pays more than $17,000 per month by doing simple tasks on a laptop or mobile device part-time. Last month, I earned $16783 from this job by working 4 hours per day online. Very simple jobs to do, and the earnings are insane. Everyone can now make more money online by joining the website listed below….. RIGHT HERE —————-> 𝗪𝘄𝘄.𝗦𝗺𝗮𝗿𝘁𝗝𝗼𝗯𝟭.𝗰𝗼𝗺
Log in | Register
00:00 / 00:00
Ads destiny link