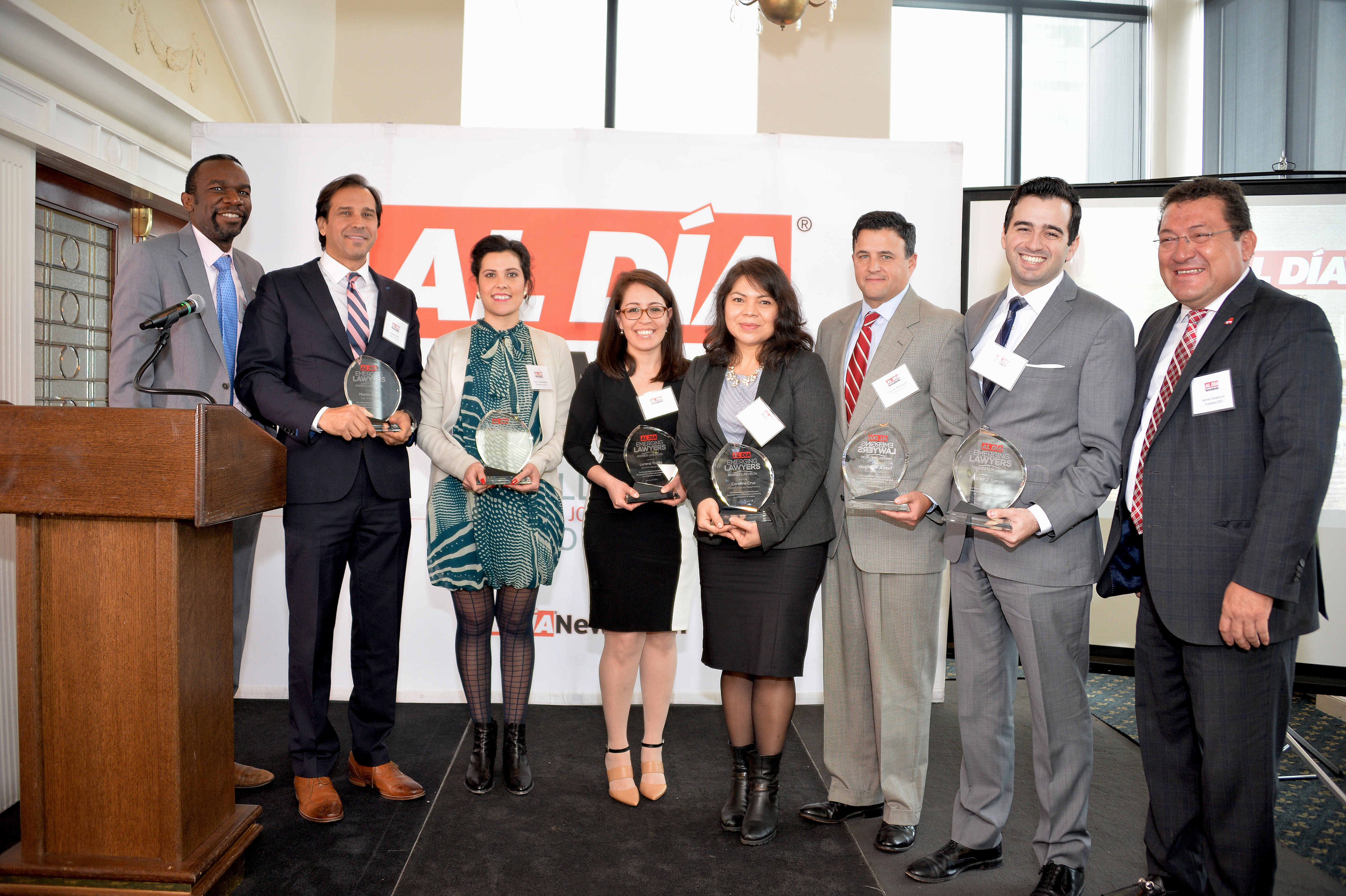 In an effort to recognize and encourage the diversity in the law field, City Solicitor Sozi Tulante helped AL DIA News highlight the contributions of seven Latino lawyers from prominent firms in Philadelphia.

In an effort to recognize and encourage the diversity in the law field, City Solicitor Sozi Tulante helped AL DIA News highlight the contributions of seven Latino lawyers from prominent firms in Philadelphia.

With a packed room in the Pyramid Club seven firms were represented in the awards ceremony, Foxs Rothschild, Stradley Ronon and Dilworth Paxson to name a few. The event hosted the heads of these firms and aided them in recognizing their leading Latino employees.

Though the law profession is one of the least diverse in the country with 88 percent of lawyers identifying as white, Solicitor Tulante stressed the importance of highlighting the accomplishments of minorities in the field and encouraged the audience to foster the growth of younger generations of lawyers as well.

“Often if you’re a Latino in the legal profession, you’re often swimming against the current, and we need to do what we can to encourage and reward our Latino attorneys for their excellence. And we need that diversity in the profession because lawyers become prosecutors, become judges, members of corporate boards, and often, it’s a way for many people to become our elected leaders,” says Solicitor Tulante.

By not only recognizing the emerging Latino lawyers in the city, but also paying homage to those who have prominent long-standing careers such as Nelson Diaz, Pedro Ramos, Alba Martinez, Cynthia Figueroa, and Ken Trujillo, the event shed light on the legacy of Latino lawyers in Philadelphia.

By stressing the importance of recognizing the awardees in addition to telling his own personal story, Solicitor Tulante highlighted an experience that many of those being recognized could identify with.

As a young boy coming from Democratic Republic of Congo, Solicitor Tulante grew up in city knowing he wanted to give back but was often met with obstacles, resistance, and disbelief. He told the story of telling his teacher that he wanted to be a lawyer and having her laugh in his face and he shared how he didn’t want others to experience the same fate.

“There’s a challenge to tell young Latino kids in Hunting Park they can grow up to be lawyers when they don’t see lawyers who look like them,” Tulante said.

But as he grew older and rose to his current position Solicitor Tulante stressed the importance of giving back and leading by example by celebrating what makes you different. Many of the awardees shared his sentiment, one of which was Deputy City Solicitor Caroline Cruz. “The Solicitor’s words were very inspirational and I think his story is one that many of us can identify with,” Cruz stated.

The first of an annual event, the Emerging Latino Lawyers luncheon will continue to recognize promising talent in the city.

“My only hope is that this becomes a long standing tradition and a way for us to promote the talent that we have,” said Solicitor Tulante.

Out of 15 close cabinet positions, Trump’s nominations have only three women and minorities with no nominated Latinos.