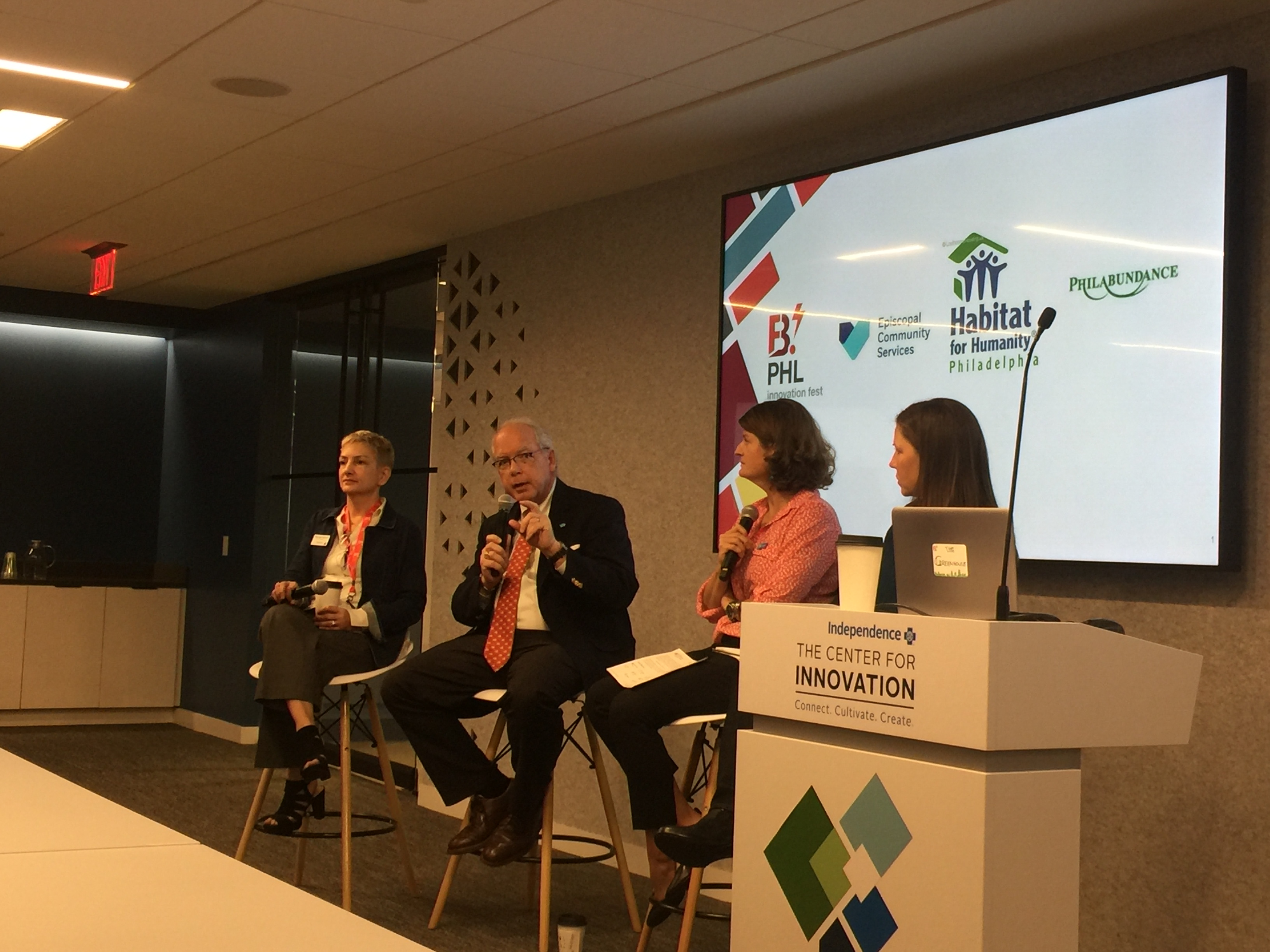 In a panel at the recent B.PHL Innovation fest, representatives from organizations from throughout the city agreed that a singular approach cannot solve this…

The issue of poverty that runs through the city of Philadelphia is one that cannot be solved unless it is confronted.

With nearly 400,000 Philadelphia residents currently living below the federal poverty level, the number of people impacted by economic insecurity and struggle represents a significant portion of the city’s population.

However, poverty expands far beyond simply money itself, or the lack thereof.

A lack of money can impact health, employment and educational opportunities, and increase crime — a cycle that has contributed to intergenerational poverty for many.

In Philadelphia, there are several organizations that are working within the areas that are impacted most by poverty.

During a panel discussion as part of B.PHL, the city's first three-day festival designed to build the city's reputation as the most innovative city on the East Coast, on Oct. 15, representatives from these organizations came to a definitive conclusion on the most effective way to address the issue of poverty — through collaboration.

With hunger and housing as two big components of poverty, these two organizations are helping lead the charge in addressing the impact of poverty on the basic fundamental facets of life.

Philabundance feeds about 90,000 people each week in the nine counties it serves, while Habitat for Humanity receives roughly 800 housing repair calls per month.

“We know that when people are hungry, they’re not just hungry. The people that we’re feeding also have challenges with healthcare, with housing, with a lot of the other social determinants of health,” said Melanie Cataldi, senior vice president and chief impact officer at Philabundance.

Feeding people helps temporarily solve the immediate problem of hunger, but doesn’t directly address the common cause, which is poverty.

Similarly, when Habitat for Humanity builds or repairs a home, it may help one family be able to live in a decent and affordable home — but it can’t directly address the needs of another family down the road.

“Where you live is a direct indicator of your health,” said Corinne O’Connell, chief executive officer at Habitat for Humanity Philadelphia.

All of which play a role in a family’s housing security.

David E. Griffith is the executive director of Episcopal Community Services, an organization that addresses intergenerational poverty with a holistic approach through a commitment towards economic mobility.

Rather than taking a narrow approach and looking at one particular component, ECS works to address all the factors that may cause poverty, and the effects of economic insecurity.

“We know that the way out of poverty is a job at a living wage with benefits,” said Griffith. “You need to take an analytic look and not look at the poverty level, but look at living wage.”

“Economic mobility is about living wage,” he added.

Since 2009, Pennsylvania’s minimum wage has remained at $7.25 per hour, the current federal minimum wage. Due to PA State Act 112, Philadelphia City Council cannot on their own raise the minimum wage; any change would have to come from the State Legislature in Harrisburg.

According to Philadelphia’s living wage calculator, the living wage for a single adult is $12.64 an hour. Expanded to a family of four with two working adults, the living wage throughout the state of Pennsylvania is at $16.60 an hour.

The panelists shared the thought that in order to move the needle on poverty in the city, it will take a collaborative effort by organizations such as these.

When tackling the issue at hand, Cataldi said that it’s important to ask: “What’s the problem we’re trying to solve and what does success look like?”

To help lift people out of poverty, it will take a lot of resources and funding that can be more easily accessible to individuals through collaboration, rather than single organizations stepping over one another.

“It’s going to require us to think and act and behave very differently,” said Griffith.

If different organizations tackling single components can come together to tackle the overarching issue of intergenerational poverty, the panelists agreed, it heightens the chances of making sustainable, significant progress.