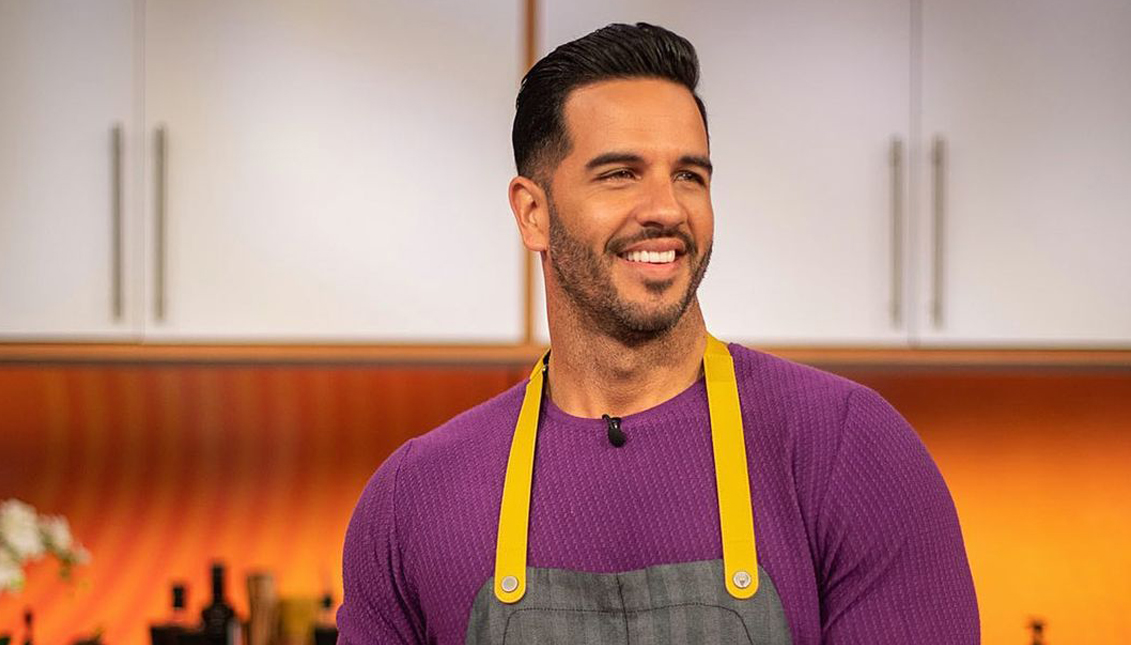 Diaz came to America from Venezuela in 2000. Photo: Instagram.

The 38-year-old has carved out quite the career since arriving to the U.S. on a baseball scholarship in 2000.

Jesus Diaz, also known as “Chef Yisus,” grew up in cultural, mountainous Caracas, Venezuela with a passion for baseball.

His siblings and parents showed him various sports while growing, but the baseball diamond would change Diaz’s life forever.

“I would go to America for tournaments, and I fell in love with the way that sports organizations were handled here,” he said in a recent interview with AL DIA News. “Teams will have two or three uniforms and cheerleaders. That was so different from Venezuela.”

So, when Diaz turned 17 in 2000, he moved from Venezuela to Florida with his brother to achieve his goal of becoming a professional baseball player.

Although his love of baseball was strong, he knew that a career as an athlete would not last long. Along the way, he got a job at a restaurant, which opened his eyes to his love of cooking.

“When I came to the U.S, my first job was at a restaurant and I was there for five years,” said Diaz. “I worked for a food distribution company that showed me the other side of the restaurant industry.”

It supported his studies, and Diaz built himself quite a resume in the food industry.

In 2012, that passion was explored to the fullest when he opened his own sushi restaurant in Miami. It would last for six years, and his family played a big part in its success.

“My family was always very open and supportive, they taught me and pushed me to do my best,” said Diaz.

His family came together and supported one another to help. His brother helped with the remodeling of the restaurant, his parents lent their support, and his sister was a waitress throughout its six-year run.

“It was something that we all built together, little by little,” he said.

In 2018, Diaz sold his restaurant and looked for his next journey. It came on television and has gone up ever since.

He soon became well-known in the mornings as the studio chef on Univision’s Morning Show, ¡Despierta America! His recipes now reach millions across the U.S. and Latin America

Thoughts and feelings behind the 2022 AL DÍA 40 Under Forty event
August 30th, 2022
Jorge Plasencia, a new member of PBS Board of Directors
July 15th, 2022
The friendship between María Félix and Frida Kahlo showcased in new TV series
July 15th, 2022

“It was a struggle, I knew how to dance salsa, bachata, and merengue, but ballroom dancing was totally different,” he said.

As an already accomplished athlete, it wasn't too difficult to get his body into dancing shape. He soon began a love for dancing, which carried him throughout the competition.

The prize was $30,000 to any charity of his choice. He ended up giving his donation to Amigos for Kids, a nonprofit organization that is focused on preventing child abuse and neglect.

He has recently continued to focus more on his culinary career, and even published a cookbook in March of 2020, right before the COVID-19 pandemic hit.

Diaz is also now focused on raising his two girls in Miami and teaching them how to cook — something that will always be vital for him.

“As Latinos, we always have that connection with food and cooking, which is something that I always want to teach my kids,” said Diaz.

There are also plans to launch his own cookware brand in the future.

“I also want to give virtual classes for the basics of sushi making,” he said.

Don’t worry, they will be in Spanish.