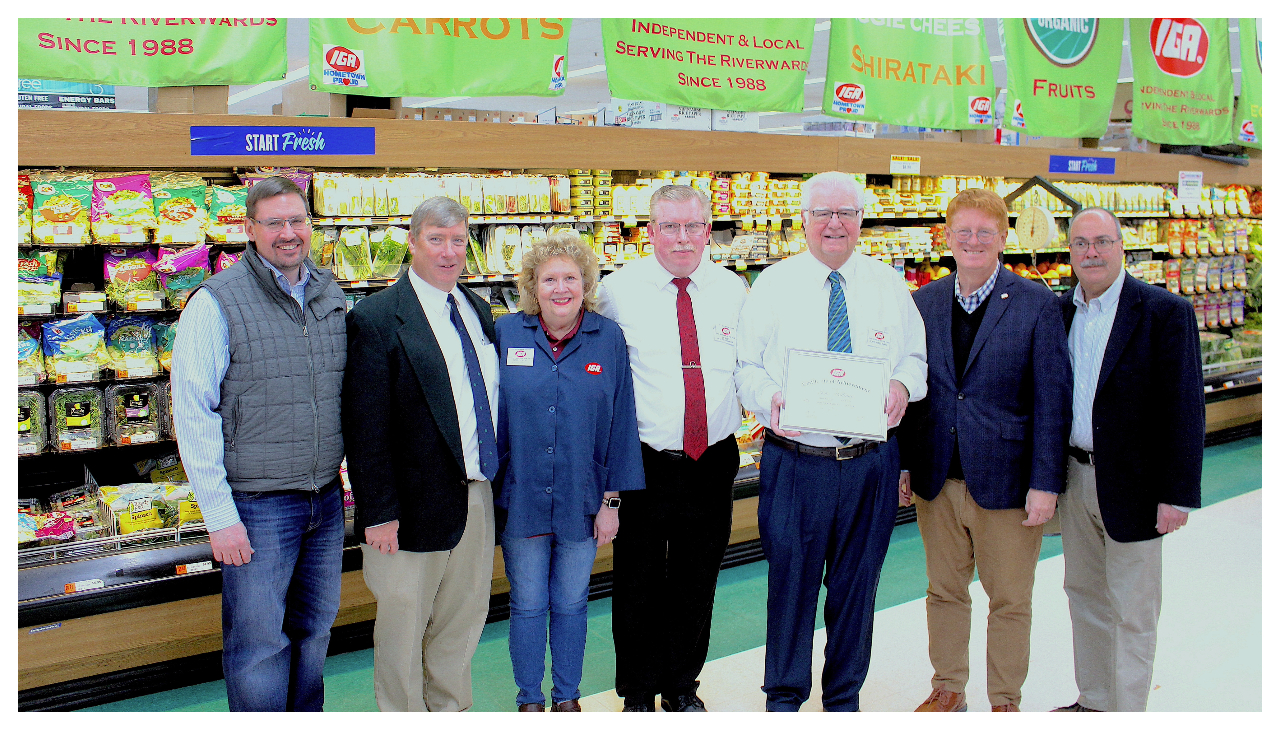 He has owned The Richmond Shops since 1998, leading the grocery store to new heights following its reception of the “Retailer of the Year” award.

Earlier this month, The Richmond Shops was announced as one of nine grocery shop operators to be bestowed the IGA’s 2023 “Retailer of the Year” award, recognizing the grocery store as one of the top independent grocery stores in the United States.

In a visit to The Richmond Shops during a press tour on Jan. 9, AL DÍA spoke with store owner John Hallinan about his experience running the grocery store, what has made him successful, and what keeps him motivated.

Hallinan acquired the shops in 1998, when the previous owners were retiring. Changing the name from “Thriftway,” Hallinan began his work in improving the store.

Among the changes made, Hallinan wanted customers to have an experience like walking between multiple stores, similar to a marketplace.

“I've been involved in this business for 50 years of my life… and what I've learned most of all, customer service is the number one most important thing,” Hallinan said.

Aside from maintaining high quality customer service, Hallinan credits three things to his success: the hard work of his employees, staying up to date with modern technology, and his own sense of innovation.

During the press tour, Hallinan took the time to honor and recognize the work of the shop’s longest working employee, who had been there even before he acquired the store.

As someone who has been there for the highs and lows of his employees’ lives, Hallinan sees his employees akin to family, the years of work passing by quickly through their commitment to each other.

His employees aren’t the only reason for success, however.

With the installation of 16 self checkouts, and the relatively recent achievement of being the first independent grocer in Philadelphia to offer wine and beer, Hallinan has long sought to keep his business competitive.

Given his decades of experience and work within the industry, being recognized for his and his employees’ efforts is a long awaited reward.

“I've been in this business for 50 years, and it's 50 years of hard work. But it's also 50 years of something that I love to do,” Hallinan said.

With five decades of work under his belt, Hallinan has had a long time to reflect on his journey. His passion and dedication to improving the store are evident, and now it has led to his well earned recognition.

“It means a lot to be recognized on behalf of all the hard work that our people do. This isn't just an award for me, this award for everyone who's in the store,” he added.