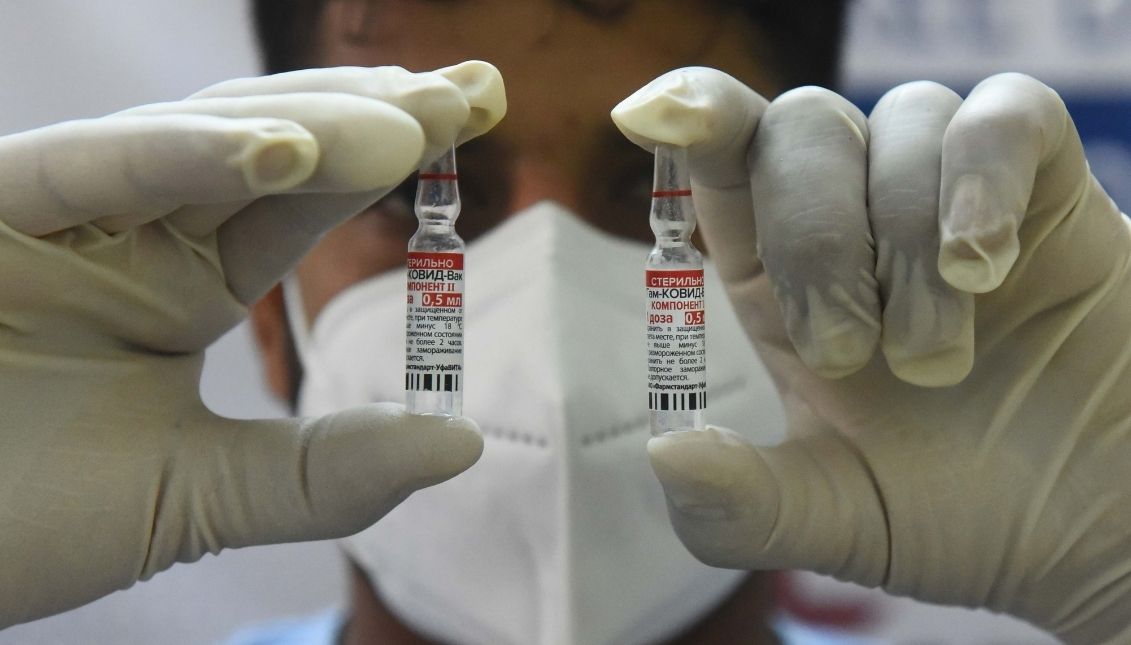 A healthcare worker displays a Sputnik V vaccine at a Polyclinic, on July 31, 2021 in Gurugram, India. Photo: Vipin Kumar/Hindustan Times via Getty Images

The Russian COVID defense joins the list of banned vaccines in some countries.

Starting in November, people vaccinated with the Russian Sputnik V vaccine will not be allowed to enter the United States, despite last week's announcement that the doors were opened to all foreign travelers vaccinated against the coronavirus, easing restrictions for the first time since the pandemic began.
The new rule excludes many people who are considered fully immunized, including millions who have received the two corresponding doses of the Russian vaccine.
Thousands of Russians, Turks, Arabs and Latin Americans from Argentina, Bolivia, Mexico, Nicaragua, Paraguay and Venezuela could be directly affected, as it is one of the most widely available vaccines in their countries.
In 2019, only 300,000 Russians visited the United States, according to the U.S. Travel Association.
"This is a big problem for Russian travelers and for people from other countries who have received Sputnik V,” said Judyth Twigg, a professor at Virginia Commonwealth University who tracks public health in Russia.
The Russian Direct Investment Fund, which was the fund behind Sputnik V, said in a statement that the vaccine "not only has been approved in 70 countries where more than 4 billion people live, or more than half of the world's population, but its efficacy and safety have been confirmed both during clinical trials and throughout its real-world use in several countries."
Unlike other countries, the United States had no general restrictions on travel from Russia prior to the announcement, meaning that all travelers from the country who tested negative for coronavirus could enter, according to Centers for Disease Control and Prevention guidelines.
The Sinovac problem
The Russian vaccine is not the only one with bans on entry to other countries. Sinovac, the Chinese-designed biologic, has bans in some European Union countries, despite being endorsed by WHO from the start of its commercialization.
To this day, the vaccines endorsed for access to some of the 27 countries of the European bloc and to Iceland, Norway and Liechtenstein are those of Pfizer, Moderna, AstraZeneca and Johnson & Johnson, approved by the European Medicines Agency (EMA).
It is not mandatory, but individuals with vaccines used in the EU (Sputnik V in Hungary) or approved by the WHO (SINOVAC and SINOPHARM) can be accepted.
TAGS
Log in | Register
00:00 / 00:00
Ads destiny link