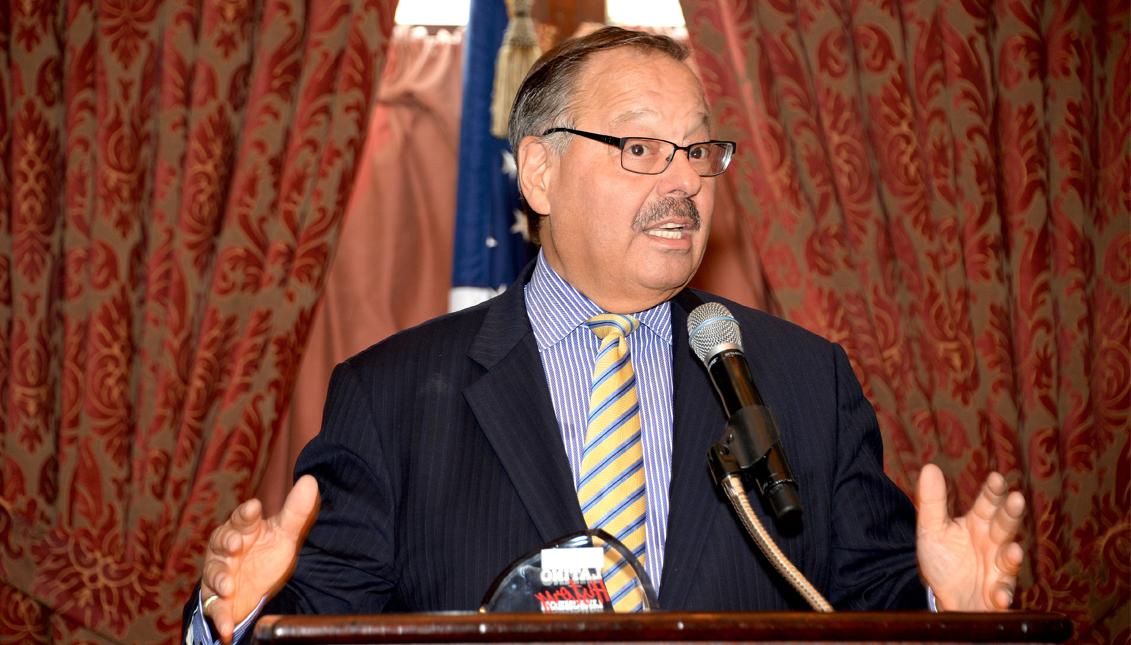 Judge Nelson A. Díaz speaks at an AL DÍA event in 2016. (Peter Fitzpatrick)

The autobiography of a trailblazing Latino judge

Nelson A. Díaz’s autobiography, which details his groundbreaking career as a White House attorney and public advocate for the Latino community, will be…

Nelson A. Díaz, the first Latino lawyer to pass the Pennsylvania Bar and first to be a judge in the state, will release his autobiography - “No Soy de Aquí ni de Allá - Not from Here, Not from There” - through Temple University Press in October.

The autobiography is described as “a mantra for Puerto Ricans who feel like foreigners wherever they are and who seek a place for themselves.” Díaz tells his story, which includes growing up in a New York tenement and high-rise in West Harlem in the 1950s, and being the only Latino law student while studying at Temple University. Díaz spent his professional career in public law fighting for the expansion of rights to all citizens. Now, he emphasizes the need for bilingual and bicultural judges and political figures to better American courts and society.

In his writing, Díaz said he reflects on his experience as a teenager during the Civil Rights era - being discriminated against in his high school years both in the U.S. and in Puerto Rico - which shaped his perspective as a lawyer and community activist. He said he wants his autobiography to be a message for Latino and immigrant youth who are struggling in school or in their home life to push through, seeking a future that makes lasting change.

“Despite the discrimination that one suffers… I think you just hold your head up high and contribute how you can contribute,” Díaz said. “Don’t let those things be stumbling blocks along your journey.”

As a public advocate for the Hispanic community, Díaz “blazed a trail” for Latinos in Philadelphia, where he served for 12 years on the Court of Common Pleas and three years as city solicitor under Mayor John Street. He is the first Latino to be confirmed by the U.S. Senate as a general counsel and one of the first to serve in the White House, which he did as an attorney with the U.S. Department of Housing and Urban Development (HUD) under the Clinton administration.

His legal and public careers were centered around economic development, minority civil rights, court reform, bilingual education and fair housing. In the private sector, Díaz is known as the first Latino partner in a top-100 law firm in Pennsylvania, working with Blank Rome LLP. He has helped to recruit more Latino students at Temple Law and founded numerous Hispanic law and business organizations, including Pennsylvania’s Hispanic Bar Association, the Hispanic Association of Corporate Enterprise and the National Puerto Rican Coalition.

Díaz also ran for mayor of Philadelphia in 2015, losing the Democratic nomination along with five other candidates to Mayor Jim Kenney. Today he is a partner at Dilworth Paxson LLP and lives in Philadelphia with his wife, Sara Manzano.

Díaz’s book includes a foreword by Henry Cisneros, who served as Secretary of HUD during former President Bill Clinton’s first term. The autobiography was praised by former Vice President Walter F. Mondale, who served during the Carter administration. He said he and Díaz worked together on bilingual education and expanding employment.

“[Díaz’s] advocacy for fellow Latino voices at the highest levels of government helped usher in a change in national politics,” Mondale wrote in a note on the back of the book.