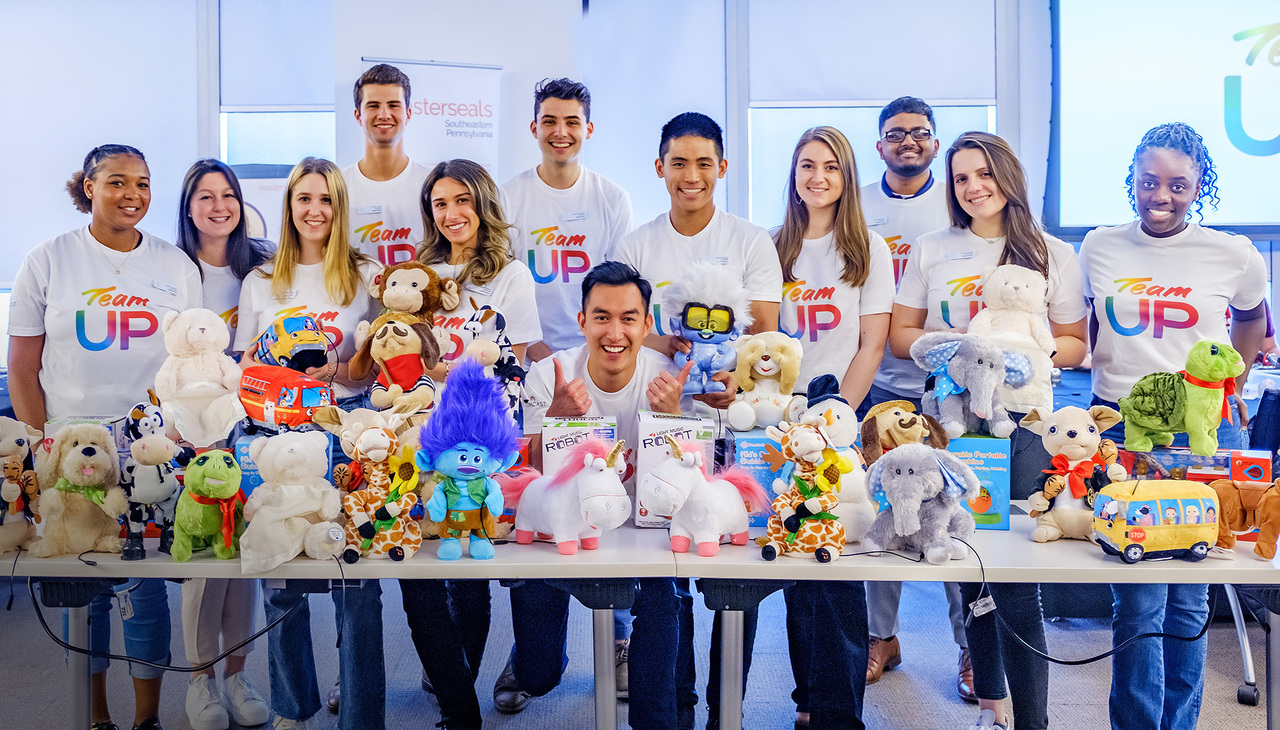 With the presence of Olympic and Paralympic athletes, this initiative began. Photo: @comcast.

"Team UP,” Comcast's volunteer program is launched in Philadelphia

This volunteer program of the media giant seeks to strengthen its presence in organizations that help the most underserved communities.

Comcast recently launched its “Team UP” volunteer initiative in Philadelphia. The program is an ongoing, 365-day-a-year effort that provides opportunities for Comcast employees to increase their involvement in local communities.

Our work has the greatest impact when we join forces. That’s why we’re launching #TeamUP – our national employee volunteer program. Plus we’ve invited some friends from #TeamUSA to help kick things off. More on Team UP and this week’s events: https://t.co/YjgpdwS4kk pic.twitter.com/lwkpukrz6i

This series of events, which kicked off in Philadelphia but will roll out across the country throughout the year, marked Comcast's official return to in-person volunteer activities after being shut down by the pandemic.

The name Team UP underscores that the company’s work has the greatest reach when employees work together as a team. It also aligns with Project UP, Comcast’s initiative to build a future of unlimited possibilities.

“We have always had an incredibly strong spirit of volunteerism at Comcast. We are thrilled to reinvigorate this commitment and build on our legacy of service with the launch of Team UP,” said Dalila Wilson-Scott, Executive Vice President & Chief Diversity Officer at Comcast Corporation and President at Comcast NBCUniversal Foundation.

With a business philosophy that has assumed community service work as a commitment for nearly 60 years, Comcast empowers the members of its firm to be part of these initiatives that seek to bring inclusion to underserved communities.

“Since 2001, more than one million Comcast employees, family members, and friends across 23 countries have completed over seven million hours of service at 12,000 project sites. With the newly launched Team UP, Comcast teams have year-round opportunities to get involved whether through in-person or virtual volunteerism, serving as a nonprofit board member, making a charitable donation, or supporting the company’s expansive partner network,” highlighted Comcast.

The volunteer projects in the Philadelphia region that were visited by Comcast and the stars of the U.S. Olympic team were: