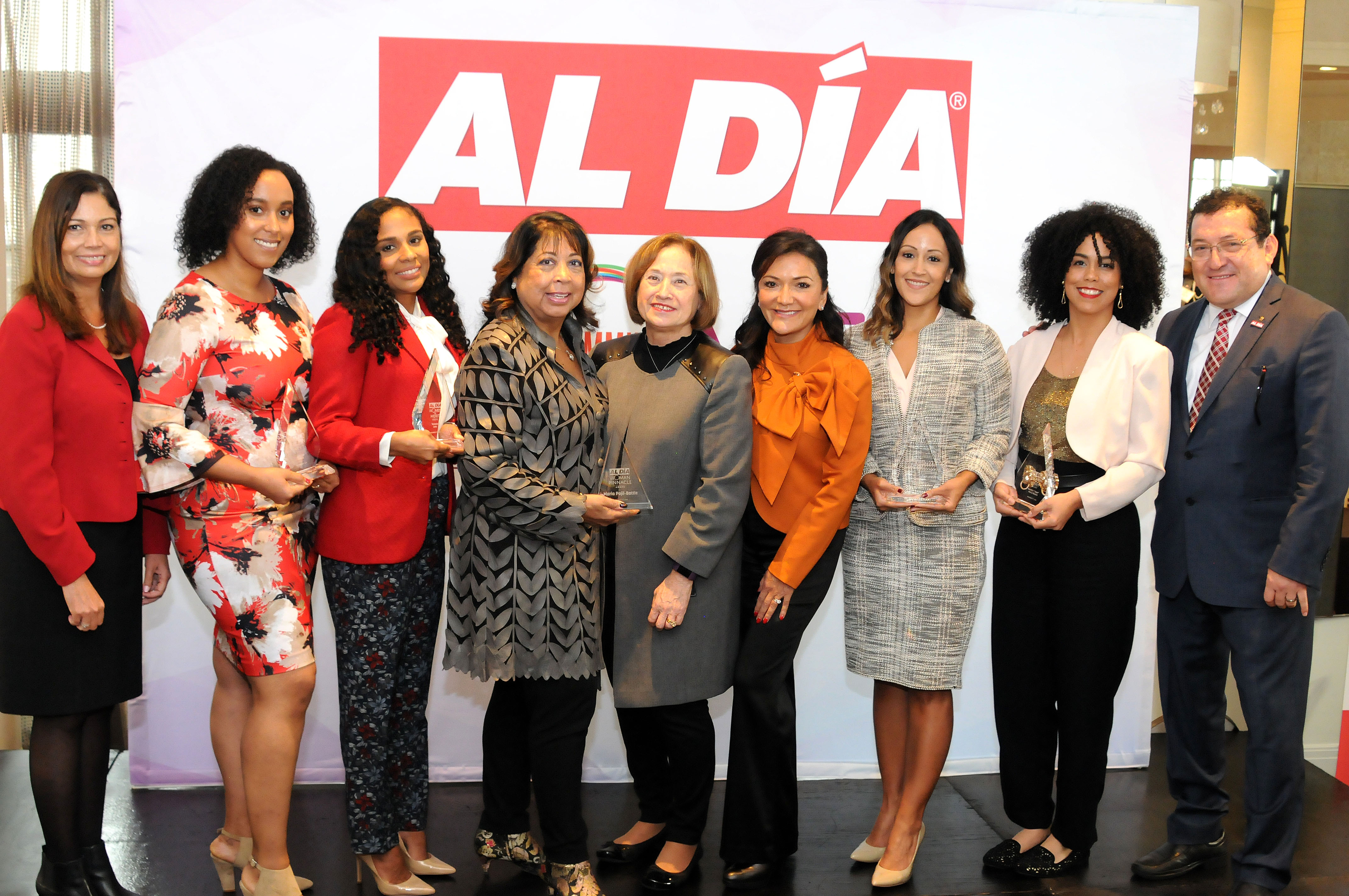 During AL DÍA Women Summit, Mari Pajil Battle (4th from left to right), who received the life achievement award, poses for a picture with 5 emerging leaders from different professional fields also recognized. Next to María is Sara Manzano Díaz, chair of…

Founder, CEO, and Editor-in-Chief of AL DÍA Hernán Guaracao reflects on the importance of women's leadership in his own life, and in society as a whole.

I know about strong women:

I had 7 in my life when I was growing up.

They are my precious seven sisters —all senior to me— while I was the youngest in a family of 10 siblings where females were the huge majority, compared to 3 males— my 2 older brothers and I, the baby in the numerous family.

I learned one or two things from all them — but mainly from the women in the house.

In addition to my seven sisters, there was number #8, my mother, yet another strong, really STRONG woman, so strong she was able to raise 10 of us, including me, “La Cuba” (as I was called in Spanish, “the youngest offspring”) of a family this size, which was absolutely normal at the second half of the 20th century in the small town in Colombia, South America, where I was born.

When I stepped up to the podium last Friday, Nov. 2, in Philadelphia, to address an audience made up of only women —guests of the AL DÍA Women’s Summit— I spoke with a rare confidence that I guess came directly from my mentors, disciplinarians and teachers at home until I left at 18 years of the age to attend college.

Completely unscripted sentences, such as “Strong Women Make Organizations Strong,” naturally came out of my mouth that day.

I improvised my speech that day (no time to prepare one, so it was completely “off the cuff”) and I think the audience wasn’t unhappy at all. I could hear the proverbial pin drop as I grabbed the microphone with unsual certainty.

Men are made strong by women, no doubt — I guess the same way it is equally true the other way around.

We need each other. That second half that completes and consolidate us, as men or women. No difference whatsoever.

I am thrilled the “AL DÍA Women Summit 2018,” an event that now aspires to become the “Premier Celebration in the U.S. of Latina and Multicultural Women in Leadership,” got off to such a strong start last Thursday at the Palomar Hotel.