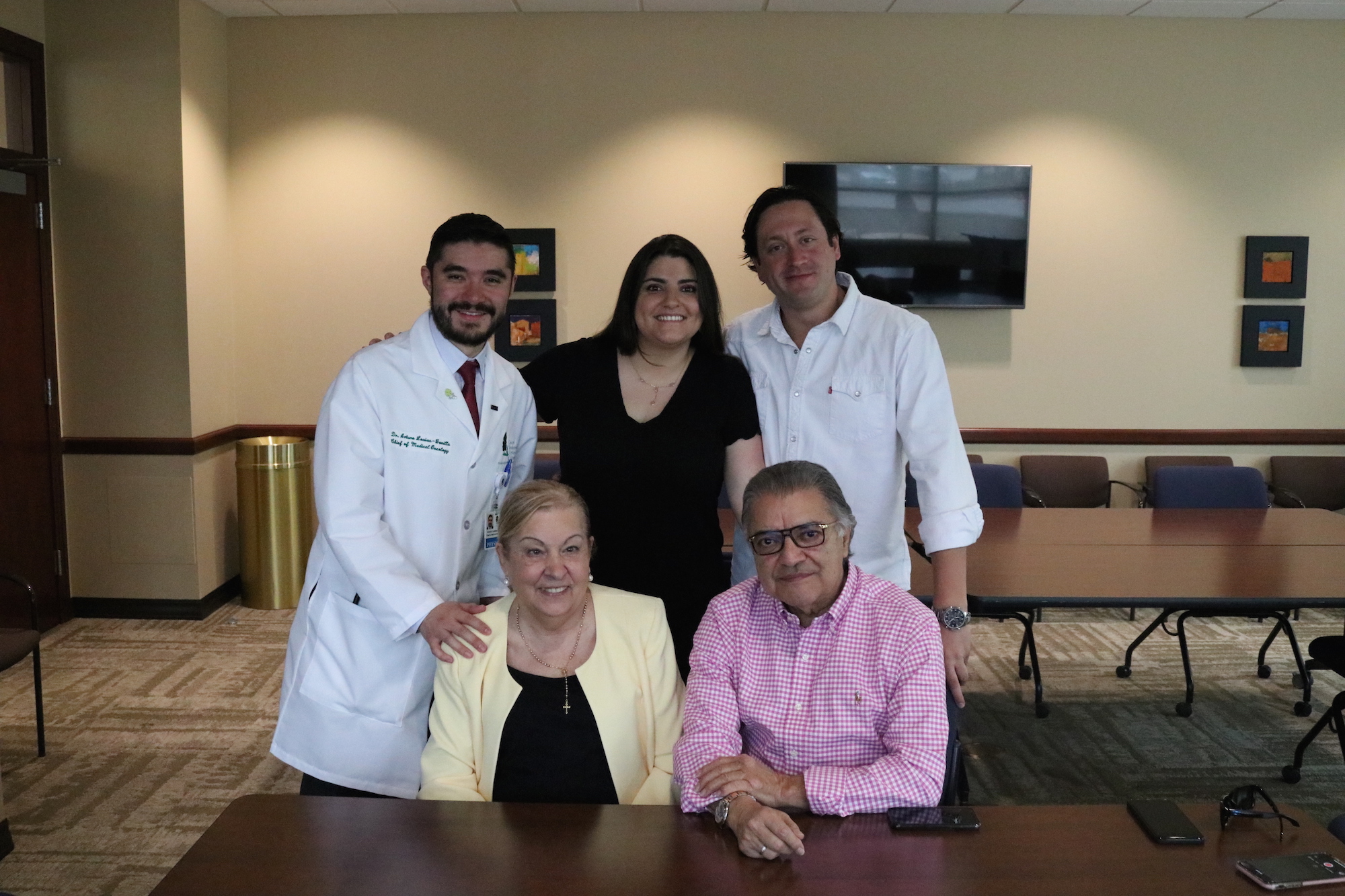 How one woman’s journey to the U.S. with colon cancer could change outcomes for others in Colombia

Diagnosed with colon cancer, one patient and her family put everything on hold at home to save her life in the U.S. Her outcome could change future treatment…

In her late 60s and a Colombian mother of three, Maria Elena Botero couldn’t have asked for a more serene existence. Surrounded by a tight-knit family and great friends, Botero spent her days sewing, drawing and painting.

“My life was really good,” she said.

At that point, she’d seen all three of her children grow up, move out and get married—something she takes pride in as a mother and attributes to the higher power she follows on a daily.

“I thank god everyday for my married kids. They all have their own homes and I’m in the middle,” she said.

But suddenly, Botero would need to rely on both her strongest influences to get through the biggest hurdle of her life. She was diagnosed with colon cancer, and while it would be a shock to anyone, Botero and her family stayed faithful.

“You have to have a lot of positivity,” she said. “In my case, I left everything in God’s hands and trusted my doctors.”

Once the cancer was discovered, doctors in Colombia put Botero on a regimen of chemotherapy before performing surgery to remove the tumor on her colon. The whole process took two years, but the cancer recurred shortly after the operation.

It was also around this time that Dr. Arturo Loaiza-Bonilla was collaborating with ACHO—a nationwide organization in Colombia of professional physicians and oncologists caring for people with cancer. Having been born and raised in Colombia, Bonilla received a medical degree from the National University of Colombia in Bogotá before coming to the U.S. to pursue research. He is currently the Vice Chair of the Department of Medical Oncology at the Cancer Treatment Center of America in Philadelphia (CTCA).

The collaboration with ACHO was part of four planned efforts to educate doctors in Colombia about new cancer treatment options and bring certain patients to the U.S. for those treatments. It allowed Bonilla to repay his country for his upbringing.

“I got a great education there,” said Bonilla, “and part of the efforts we wanted to do was just kind of give back a little bit,”

One of Bonilla’s Colombian collaborators was Botero’s oncologist, Dr. Ortiz. After her cancer recurred, Botero was told by doctors in Colombia that they could do nothing else for her condition. But she would have more options in the U.S.

A treatment she had yet to try was immunotherapy, which involves activating or suppressing certain parts of the immune system to treat cancer.

“Immunotherapy is the new kid on the block, so everyone wants to have it,” said Bonilla.

Botero’s doctors used the treatment before, but in Colombia’s Registro INVIMA—the country’s guidelines for medical treatment and practice—it is only cleared for use during skin or lung cancer. She would have to come to the U.S. to try immunotherapy for her colon cancer.

At that point, Botero’s daughter, Maria Gomez said it was their only option because it seemed other treatments no longer worked.

“What was another chemotherapy going to do?” She said. “The effects were very hard on my mom at that point.”

Immunotherapy in the U.S.

With Gomez’s husband’s help, who was a U.S. citizen, Botero got in contact with the CTCA headquarters in Boca Raton, Florida. Through that, she found Dr. Bonilla and came to Philadelphia for treatment with her family, putting everything on hold for three months.

Bonilla’s Colombian upbringing made the process easy for them and was especially useful when communicating.

“We didn’t need to translate a single document,” said Gomez.

“I’m very proud that Dr. Bonilla is Colombian,” she said.

Botero came to the Philadelphia CTCA having endured four years with colon cancer. She had heart failure and could no longer walk.

Bonilla and other doctors first conducted a genomic test to search for specific mutations and biomarkers in her DNA. Biomarkers are compounds found in DNA and are usually targeted for activation or suppression during immunotherapy.

“The DNA is the book for how cells function, and when cancer appears we know there’s something abnormal about that book,” said Bonilla.

In addition to certain mutations in her DNA, doctors also found a biomarker to suppress for immunotherapy. They began treatment and Botero’s condition quickly improved.

After just three months of treatment, Botero’s cancer had diminished. Her heart failure was also under control and she began walking again. For her recovery, Botero now puts Bonilla in high place.

Botero also recognized the dedication of her family as a major reason for her survival.

“I have a divine family,” she said.

Her husband says the experience showed the strength of their family and friends both in the U.S. and back in Colombia.

“They were always by her side, asking how she was doing,” he said. “The strength of our union was incredible.”

The Future of Immunotherapy in Colombia

Botero returned to Colombia in the beginning of May—back to a place where she is undoubtedly loved to no end. After negotiations, she will be allowed to continue her immunotherapy treatment in Colombia as a by-product of Bonilla’s collaborative work. It’s a foot in the door of others in the country who may need the same treatment.

“The idea is that if she does well—as she’s doing so far—then we can use that as a potential effort for things to change in Colombia,” said Bonilla.