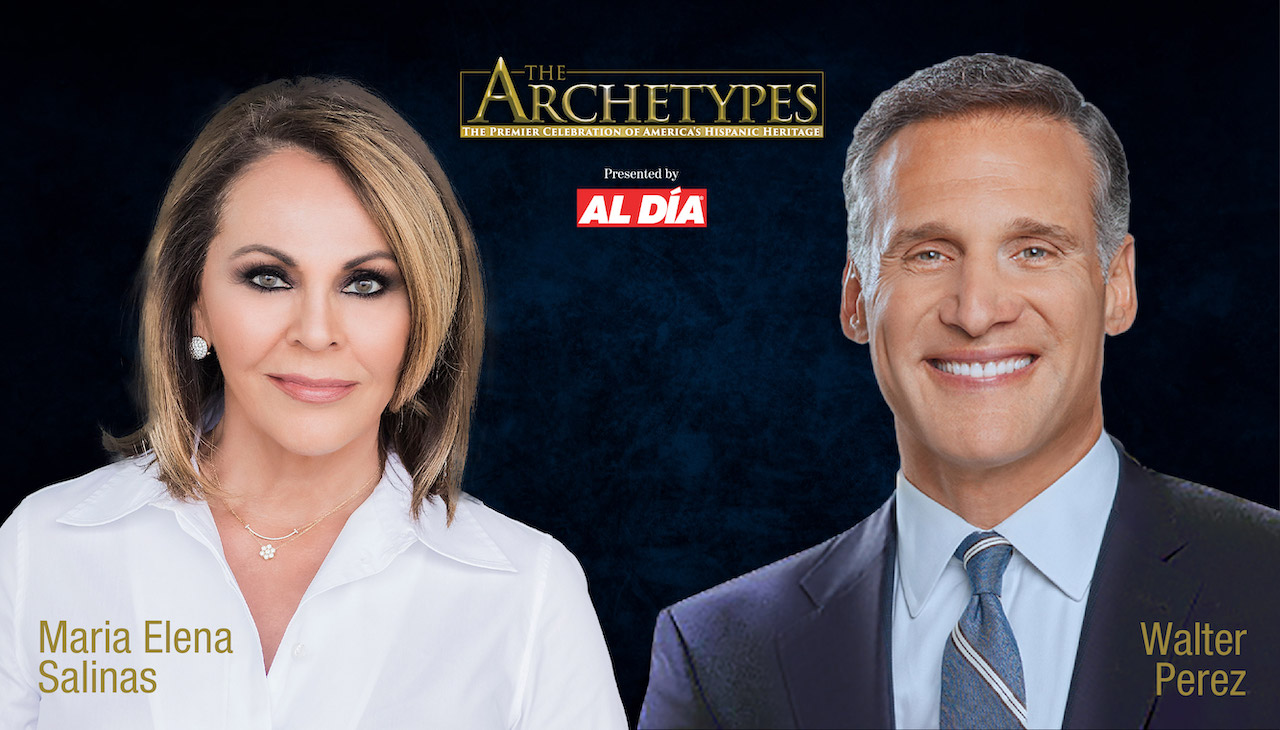 The “Voice of Hispanic America” and the Philly broadcast media vet will lend their talents to host this year's archetype awards.

When it comes to events at AL DÍA, there is always the discussion of scaling up. Whether it be the number of honorees growing as more and more Hispanic leaders find their power and are in need of recognition, or just a matter of upping the platform for that recognition, AL DÍA’s all about going bigger and better.

It’s why AL DÍA is excited to announce the two co-hosts for the TV program accompanying its 2022 Hispanic Heritage Gala. They bring both local and national prestige and respect to an event that continues to grow every year.

Airing on Philadelphia’s 6ABC, this year’s hosts are legendary Hispanic broadcast journalist María Elena Salinas — once called the “Voice of Hispanic America” by the New York Times, and longtime anchor and contributor at Univision, CBS News and now ABC News — and Walter Perez, who is an award-winning Philadelphia broadcast journalist and is returning for his fourth year to help AL DÍA on the TV side of its Hispanic Heritage Month celebration.

"We are honored to welcome American Broadcast icon, an archetype of news media herself, María Elena Salinas to Philadelphia for the second annual Special TV Program with our partners at 6ABC. Along with Philadelphia’s own Walter Perez, María Elena Salinas’ stellar participation comes at a time when this program has reached regional appeal," said AL DÍA Director of Business Development Martin Alfaro. "I would not be surprised to see this program reach a multi-market audience very soon. We are grateful for the continued partnership with 6ABC, stretching close to a decade now, and we look forward to yet another great TV special."

The Voice of Hispanic America

Salinas, the daughter of Mexican immigrants who came to the U.S. in the 1940s, was born in Los Angeles, and started her journalism career there too after graduating from UCLA. Her first gig was at the Univision affiliate KMEX-TV, where she was a reporter, anchor and public affairs associate.

Seven years later, in 1988, Salinas was promoted to an anchor position on Noticiero Univision, the flagship nightly news show on Univision. It was in this role that Salinas built her legend over the next 30-plus years as the “Voice of Hispanic America,” coined in a 2006 New York Times feature on her life and career.

In that time, Salinas interviewed U.S. presidents Bill Clinton and Barack Obama, Panamanian Dictator Manuel Noriega, Nicaraguan President Daniel Ortega, and major Hispanic celebrities Jennifer López, Ricky Martin, and Gloria Estefan, among many more. As a reporter, she was also one of the first women reporters on the ground in Baghdad during the early stages of the War in Iraq.

After 36 years at Univision, Salinas stepped away from her co-host position in 2017.

In 2019, she became a contributor at CBS News, which she held for two years before joining ABC News as a Race and Culture contributor in 2022.

Perez was born and raised into an Argentinian-American family in Edison, New Jersey, where he played football at Edison High School. He went on to Duke, where he graduated with a degree in political science and got his first news gig lending his voice to Fox Sports New Jersey radio (WCTC), based in Central New Jersey. While there, Perez was also the radio voice of Princeton football for four years.

His pre-6ABC TV jobs were at the Miami ABC affiliate WPLG, News 12 New Jersey, and for the New York NBC affiliate WNBC.

Perez joined 6ABC in 2003 as a reporter for the Lehigh Valley region and has been a mainstay on the television sets of Philadelphians for the last 20 years out in the field or behind the anchor’s desk at the station.

The 2022 Archetypes TV Program and Gala

AL DÍA’s Hispanic Heritage Month celebration started as a small luncheon recognizing a few Hispanic leaders within Philadelphia’s Latino community, and then grew into a gala that drew people from across the city. Now, that gala is a TV production that draws an audience from across the region. Its 2022 gala and TV program are set to be the biggest yet.

Like 2021, it will feature 10 archetypes — leaders and legends in their fields — across 10 industries — Media, Corporate, Philanthropy, Sports, Health, Performing Arts, Public Service, Nonprofit/Advocacy, Entrepreneurship, and Education — to be recognized at a formal gala at the Union League of Philadelphia on Sept. 23, 2022.

For every print edition AL DÍA publishes during Hispanic Heritage Month (five weeks), the stories of two archetypes will also be featured.