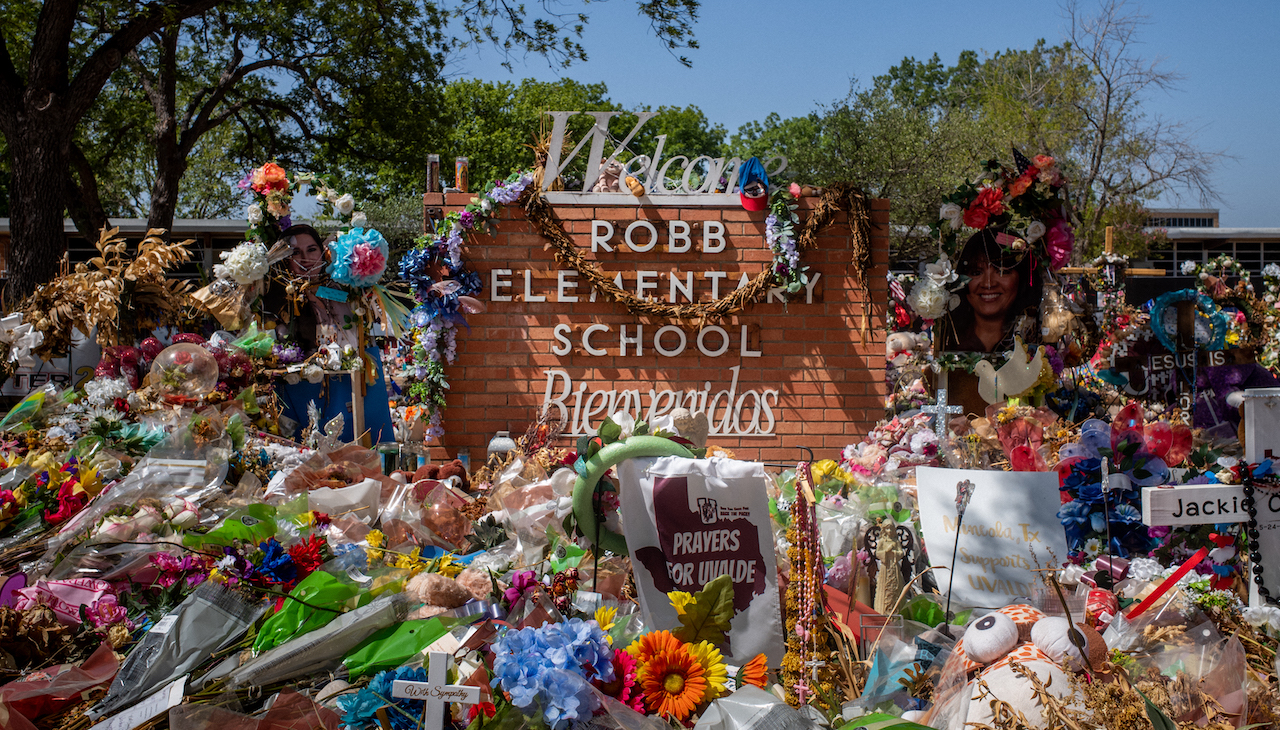 LULAC President Domingo Garcia gifted checks to the families who have faced financial hardship since the shooting.

On Saturday, Aug. 20, the President of the League of United Latin American Citizens (LULAC), Domingo Garcia went to the cafeteria at Southwest Texas Junior College, where he met with victim’s families and survivors of the Robb Elementary School shooting nearly three months ago in May.

The purpose of the meeting was to gift them a huge donation of nearly $500,000 to help with the financial hardships families faced as a result of the shooting. The money was raised through LULAC’s nationwide campaign “Pray for Texas,” that aimed to provide aid and support for the families and survivors.

LULAC will offer financial relief to families that were faced with the unprecedented costs of funerals, services, and other struggles in which parents could not afford to take time off and be with their children in the aftermath of the shooting.

This also includes people who lost their jobs during this time. Many parents have spoken out on how they were expected to just move on and go to work immediately after the tragedy. The tragedy has taken its toll on many levels, including physically, mentally, and financially.

The money will not only pay for the situations of unemployment that arose, but also medical and hospital bills. It will also help with the amount of money that it costs for the hundreds of therapy sessions for the surviving children and their families. The $444,000 raised will be distributed evenly among all the families and survivors, which will amount to $12,000 each.

LULAC President Domingo Garcia also gave the surviving children purple heart medals along with the donation. The money will go a long way in financially supporting anything that needs to be covered, as well as their future education.

Additionally, Texas Senator Roland Guiterrez and LULAC helped families with unemployment applications for those who have not worked since the tragedy. Guiterrez

"That allows them – those that are not working, to go out and get $700 a week from the state of Texas through the Victims of Crime Compensation Act,” Gutierrez said.

In addition to LULAC’s campaign, other funds have been set up to raise money for the families. Through the “Uvalde Together We Rise Fund,” as well as the “Robb School Memorial Fund,” millions have shown their support and donated more money.

As of this past July, more than $14 million was donated to the “Together We Rise” fund. A GoFundMe page also raised over $21,000. For the “Robb School Memorial” fund, the First State Bank of Uvalde became the central collector of funds, and has raised more than $4.7 million.

Many families are still awaiting checks from the other campaigns to come, but it is a standard practice that an auditor has to make sure the money is allocated correctly. Different campaigns are able to deliver the money more quickly than others.

The Uvalde Volunteer Fire Department PayPal Charitable Fund, for example, has said they have been able to get checks to families quicker. They have pushed those donating that if they want to see their money get delivered quicker to families, to donate to their fund.

Until then, LULAC’s donation will go a long way in the meantime as families and surviving children look to somehow move past the tragedy that is still fresh in people’s minds less than three months since the horrific event.