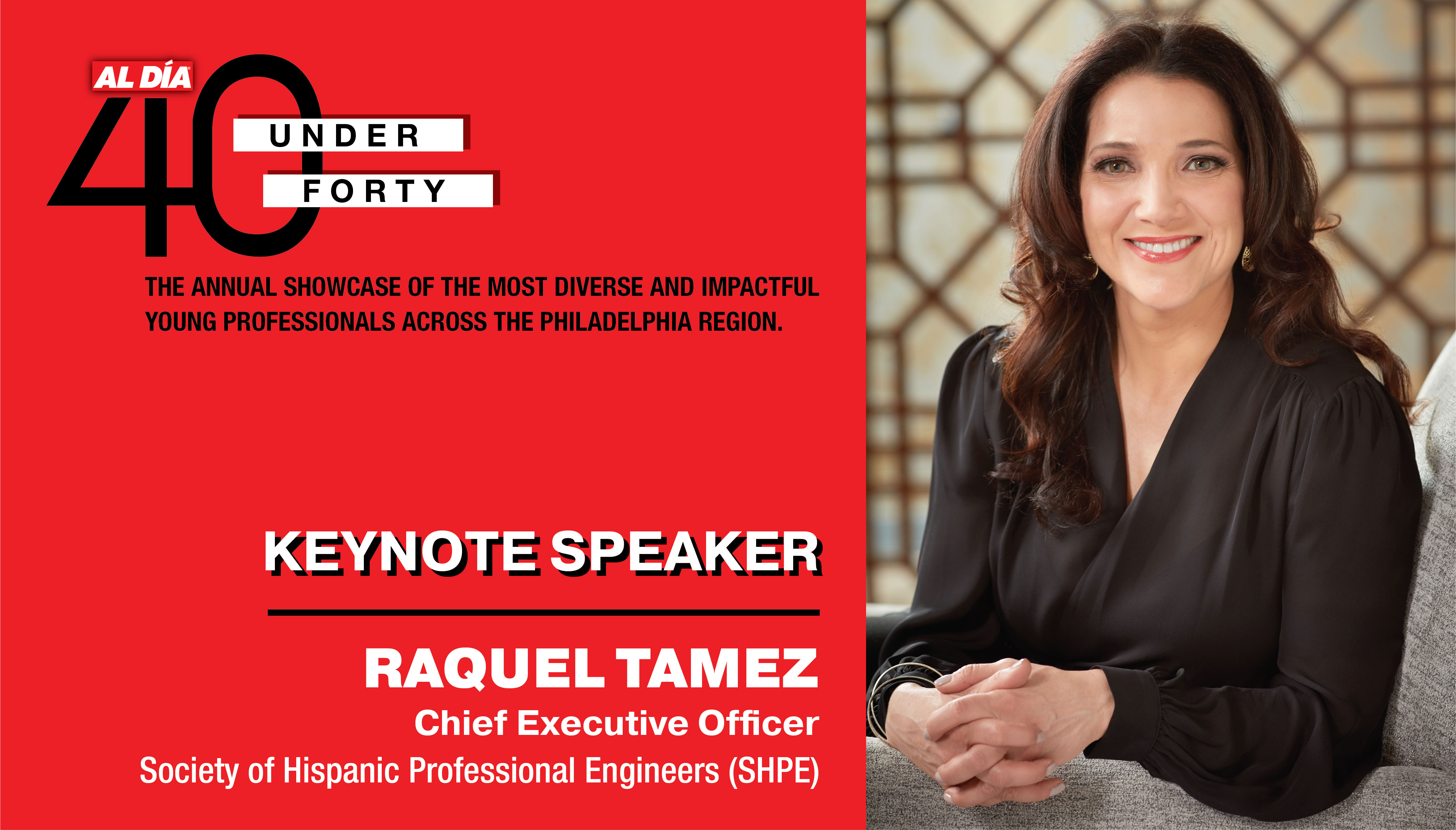 She is one of the nation’s leaders in increasing Hispanic representation in STEM, as the CEO of the Society of Hispanic Professional Engineers.

For the first-ever AL DÍA 40 Under 40, Raquel Tamez will serve as the keynote speaker.

Tamez is the CEO of the Society of Hispanic Professional Engineers (SHPE), a role she has filled since June 2017.

In that time, she has brought a renewed energy to the membership organization, expanding national programs, services, and resources offered to more than 11,000 members across 270 plus chapters nationwide.

In her role as CEO, Tamez guides SHPE’s mission of helping the Hispanic community realize its potential through careers in the STEM field, which includes science, technology, engineering, and math.

Her vision is a future where Hispanics are recognized as leading scientists, engineers, mathematicians, and innovators.

The AL DÍA 40 Under 40 event will provide the chance for Philadelphians to recognize up-and-coming leaders in the city.

The class of 2020 will represent the new generation of business and community leaders, media, influencers, innovators, and artists.

Tamez represents the voice of the need for diversity that this event is promoting.

Criteria for nominations include: under the age of 40, involvement in their community, career achievements, academic credentials, and contributions to their industry.

A panel of judges who bring with them broad experience in leadership, entrepreneurship, and civic engagement will then select the top 40 individuals who will be recognized at the event.

The event will take place on Thursday, August 20, 2020, click here to reserve a seat.