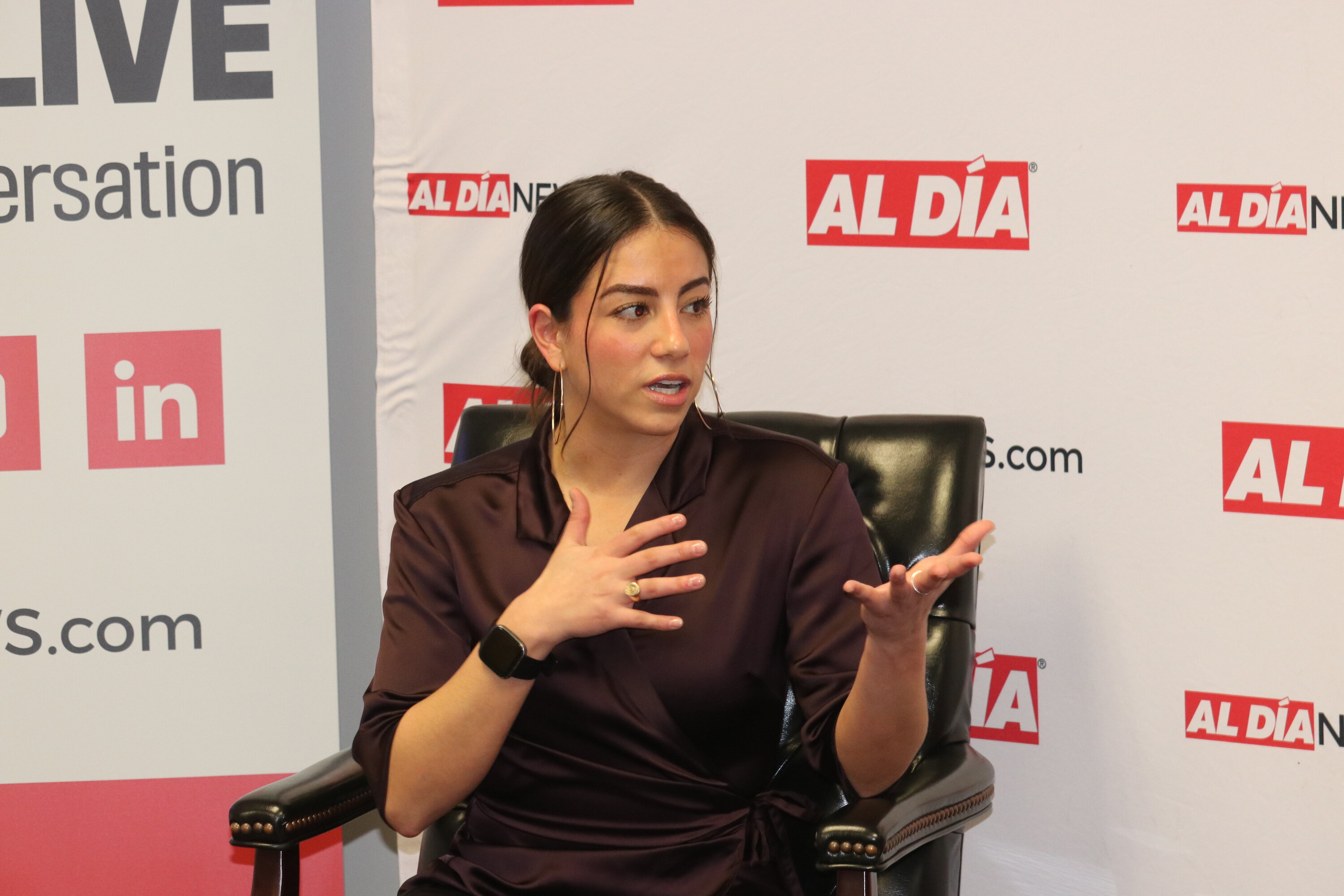 Sparked by her personal experiences as a young reporter, during a NAHJ Philly event, she talked about the need to change newsroom dynamics.

Lori Lizarraga was less than two weeks into her tenure at 9News, a broadcasting station in Denver, when she first started to feel concerned about discrimination within the newsroom.

Reporting on the story of a high school student who was brought to the United States from Mexico as a baby, Lizarraga was told by her editors to use the term “here illegally” or “illegally in the country,” rather than the more standard terminology, “undocumented.”

As a Latina and woman of color, Lizarraga understood the negative ramifications such terminology could have on her community. After having stood up to her belief, the decision was made not to air the story.

Months later, the station decided to lay off three Latina reporters from its employees — including Lizarraga.

During a National Association of Hispanic Journalists event hosted at AL DÍA headquarters on Thursday, March 17, Lizarraga discussed the situation and aftermath that many journalists of color over the years have grown to see throughout their respective careers in newsrooms across the country.

📌 Our conversation with Lori Lizarraga has just started! If you want to join us click in the link below https://t.co/AiebNjP9Br pic.twitter.com/w0cM9wqLVi

Lizarraga originally joined 9News with excitement and eagerness. As a Latina person from a small town, going to a large market like Denver was an opportunity she very much looked forward to.

However, it didn’t take long to see and start facing the challenges many other journalists of color have faced throughout their respective careers.

After being laid off from her job, Lizarraga had a decision to make.

She ultimately decided to tell her truth, and express what she was feeling and had to endure during her tenure with the station for the world to see — a decision she said wasn’t easy.

In March 2021, she published an editorial piece on westword.com entitled, “LatinXed: 9News Got Rid of Three Latina Reporters This Past Year, Including Me.”

“Our bosses, it seems, can hear us better when embarrassed, sometimes publicly. And if there is something to be embarrassed or ashamed about and something is being done wrong, I felt that when bringing it to life to their faces in the newsroom wasn’t going to make a change, then maybe the accountability of the public would be able to better hold them accountable,” said Lizarraga about her thought process in publishing the piece.

Newsrooms across the country have often been white-led, a dynamic that has often resulted in a very narrow approach to reporting, misrepresented communities, and in some cases, some communities have been left out entirely.

As the nation simply grows more diverse, the need for more diverse voices within newsrooms to tell stories about diverse individuals becomes even more paramount. That leaves no room for communities not to have a voice.

While it’s true that some progress has been made over several generations, there is still so much that needs to be addressed.

“Because the way has been paved for us and so much work has been done, now we get to take it one step further,” said Lizarraga. “And the generation that comes after us will do the same.”

As part of the current young generation of journalists, she feels a sense of duty and responsibility to fight this fight.

“If we don’t, we’d leave it no better for the kids coming behind us to keep making the move. I wouldn’t be able to have made the progress that I’ve been able to make, or have been as well received as I was, if not for the people who decided not to get tired before me,” she added.

Simply being in the room is no longer enough for Latinos and other communities of color, those people should feel empowered to let their voices be heard, as well.

Lizarraga suggested that if decisions aren’t being made with the Latino voice and the voices of other people of color being present, no real actions will take place and nothing will change.

1/4 - "We shouldn't feel lucky to be in the room, they should be lucky to have you in room" - @LoriLizarraga

“I think we are entitled to feel a level of outrage and the more that we do, some more people will not be able to get away with just letting us in the room and then telling us: keep your head down, you're lucky to be here,” she said. “We aren’t lucky to be here, you are lucky to have us.”

Staying True to Yourself

There are many industry standards that are commonplace across newsrooms nationwide.

Beyond some of the terminology used across newsrooms, there is also a certain physical image newsrooms often want reporters to adhere to.

Everywhere from clothing, to hairstyles, to accessories, how a person talks and everything in between are managed — it was something Lizarraga learned early on.

However, at a later point she started to see the bigger set of consequences surrounding changing those personal standards.

“That seems small, but are a really big deal when you’re talking about identity, when you're talking about the things that make you feel confident, capable, beautiful, ready to do the work that we do, which is both journalism, and also being on TV in front of a lot of people,” said Lizarraga.

Initially willing to change those things about her in order to fit in, she later began to see it for what it was: a form of manipulation.

Lizarraga noted that when it comes to dollars and cents, news stations should want to diversify its on-screen talent so that those who aren’t typical viewers can become viewers because they feel their communities are actually being given a voice.

“Stations should have a very vested interest in getting people who relate to the group of people who are not yet their audience, and that's always just so mind boggling to me that they can't see the value of that,” she said.

Speaking out and Being a Voice

As a journalist, Lizarraga sees things, says things and shines a light on things in which a light has not yet been shown.

When she made the decision to come out with her piece, that is the approach she had.

“If you don’t know it’s there, it has no opportunity to be seen, and then to be changed,” said Lizarraga.

While she understood the risks that could come out of publishing her story — particularly as a journalist who wanted to remain in the industry — the desire to shine a light on the issue and ignite a reaction outweighed the risks, in her mind.

Many journalists of color may have faced similar situations, but don’t have the platform to speak up. Lizarraga had a platform and wanted to use it to make a positive impact.

Since the story was published, it opened a door to further discussions about how journalists of color have often been treated within the newsroom.

The need for more fairness, inclusion, and representation in media is a dire one and takes a committed and collaborative effort to address.

“We must know our worth,” said Lizarraga.

It can’t be the responsibility of one person in any organization to solve decades of problems in our industry and overcome the racial inequities woven into the fabric of our society. We need the newsroom to decide that this issue of representation is urgent.