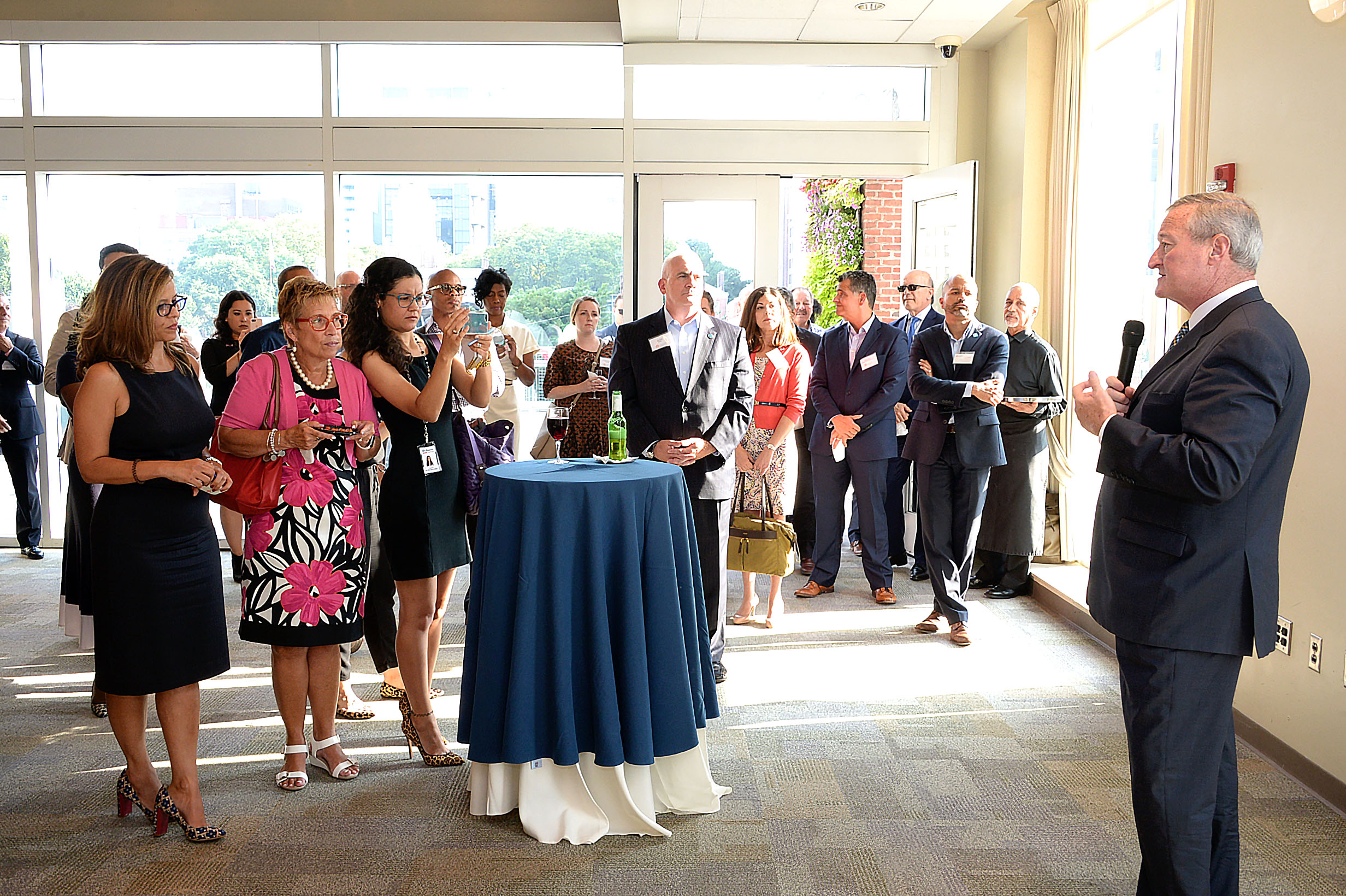 A sneak peak of the nation's largest Latino business convention

The U.S. Hispanic Chamber of Commerce (USHCC) will bring its National Convention to Philadelphia in September.

On Aug. 15, USHCC gave a preview of the upcoming convention, which will take place in Philadelphia from Sept. 16-18. The reception of at least one hundred people was held at the Independence Visitor Center.

Among those in attendance were Interim President and CEO of USHCC Fernand Fernandez, Mayor Jim Kenney and Carlos Medina, Chairman of the Statewide Hispanic Chamber of Commerce of New Jersey. Also seen at the event were L. Jay Burks of Comcast, the Honorable Nelson Díaz, Camden Councilperson Angel Fuentes, and Philadelphia Councilwoman Maria Quinones-Sanchez.