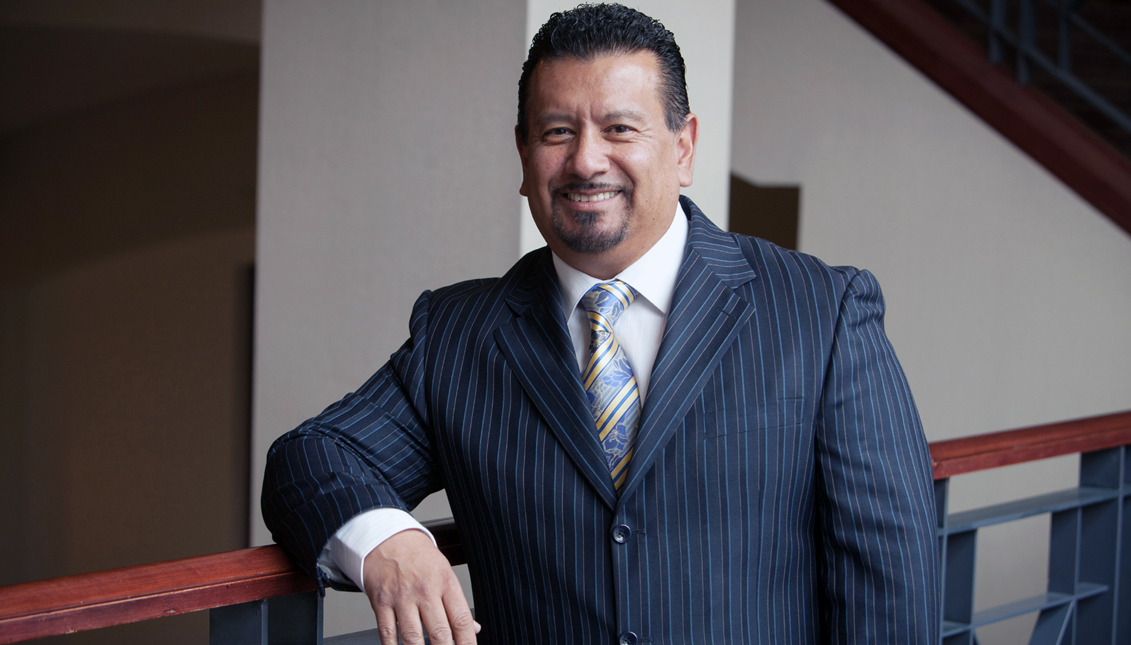 The janitor turned vice president at PepsiCo will offer remarks at the Oct. 7 ceremony.

Richard Montañez, the one time janitor at Frito-Lay who once asked: “What if I put chili on a Cheeto?” will be the keynote speaker for AL DÍA’s virtual 2020 Hispanic Heritage Awards.

That question sparked Montañez’s meteoric rise within PepsiCo, as he took home a bag of unseasoned Cheetos and added chili powder. He returned to work the next day and had the opportunity to pitch the idea to the company’s then-CEO.

In short time, Montañez’s Flamin’ Hot Cheetos mix became a billion-dollar idea and he rose to be vice president of multicultural sales and community promotions in PepsiCo’s North American divisions.

His journey is the ultimate American dream narrative and will soon be turned into a Hollywood movie directed by none other than Eva Longoria Bastón.

“I tell people I have a Ph.D,” Montañez said during a speech at the B.PHL Innovation Fest in 2019 about his struggles before his Flamin’ Hot Cheetos revelation. “Because I was poor, hungry, and determined.”

He’s told his story across the U.S. and globe, and will now do so to honor some of Philadelphia’s brightest leaders across the business, public service, nonprofit, health and education sectors.

Bringing music to the party

In addition to having Montañez as the event’s keynote speaker, AL DÍA is also excited to announce both concert pianist, Dynasty Battles and opera singer, Daniela Mack, who will be providing the music throughout the event.

Battles was honored as part of AL DÍA’s 40 Under Forty event on Aug. 20 and will provide the music heard at the beginning of the program.

Mack was featured in AL DÍA a year ago for her part of “Juno” in the play, Semele, which ran at the Kimmel Center’s Perelman Theater from Sept. 19 to Sept. 28 last year. She will be performing the national anthem and three more songs at the event’s conclusion.