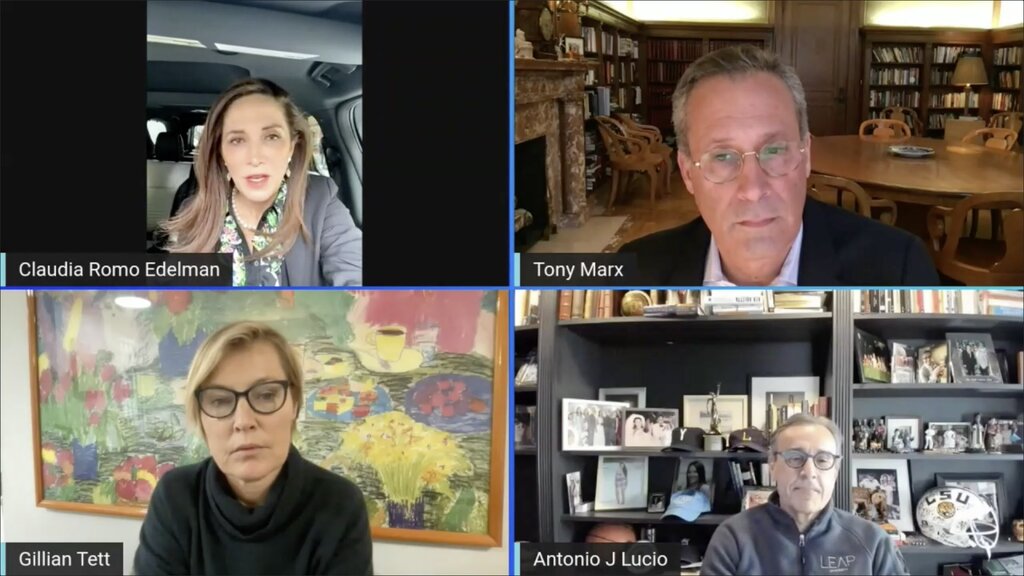 Professionals met together Wednesday at the Hispanic Leadership Summit hosted by the We Are All Human to discuss how Latinos can be better represented in the workforce, and how society can embrace the cultures and achievements found in that community.

Claudia Romo Edelman, activist and founder of We Are All Human, held a panel addressing the lack of representation of the Latino community in corporate America, and how the issue shows little progress.

Speakers who joined Edelman during the broadcast included Tony Marx, president of the New York Public Library; Gillian Tett, Chair of the editorial board at U.S. Financial Times; and Antonio Lucio, Principal and Founder of 5S Diversity.

Each panelist contributed to the larger conversation surrounding the need to elevate Latino voices across platforms, and what measures are required to do so effectively. Some of the platforms they spoke on reflected a need for more Hispanics in publishing, media, and the corporate sector.

Most industries have seen stagnant advancement in hiring Hispanic workers beyond service and hospitality jobs, a concern the U.S. government brought up during a congressional meeting in September.

Marx spoke about problems he’s noticed in the publishing industry and encouraged more Latino authors to write books and for publishers to stop rejecting their stories.

Within his own workplace at the New York Public Library, Marx found that the library where he says one of the world’s greatest Latin American book collections is stored, was left unused for years. Due to this, the library then decided to hire their first Latin American curator to lead promotion efforts.

“There is amazing material out there and we need to make sure we are buying it, lending it, and making it readily accessible. But in doing so, we need to be priming the pump of demand by saying to the publishing industry and author community that we need more and we’re ready to buy it,” said Marx.

She says their efforts to hire diverse voices made a “pipeline pattern” for more visible outreach. Yet, Tett fears that much has not been done in recruiting Latinos in the media compared to other ethnic groups.

“One of the things we are discovering is that it doesn’t work best by simply sitting still and expecting people to come to you. You may have to go out and actively find those interns, and show up at universities beyond the Ivy league campuses where everyone recruits at,” said Tett.

Lucio tackled issues of community support and resources for Hispanics in the form of scholarships, fellowships, and business development.

He also encouraged Latinos to use the bond of unity to overcome disparities in corporate America. However, Lucio equally advocates for the need of holistic and systemic change to create a sustainable impact.

Their backgrounds and experiences each echo the research reported by the U.S. Government Accountability Office (GAO) on Sept. 21, 2021. Data shows which jobs in media the most and least Latinos are employed and lack opportunity. The numbers follow a disturbing trend from 2014 to 2019 with little improvement.

This is one trail the nation does not want to continue on into 2022, but to see an increase in Latino representation overall, there has to be a call to meaningful reform from those in position to do so.