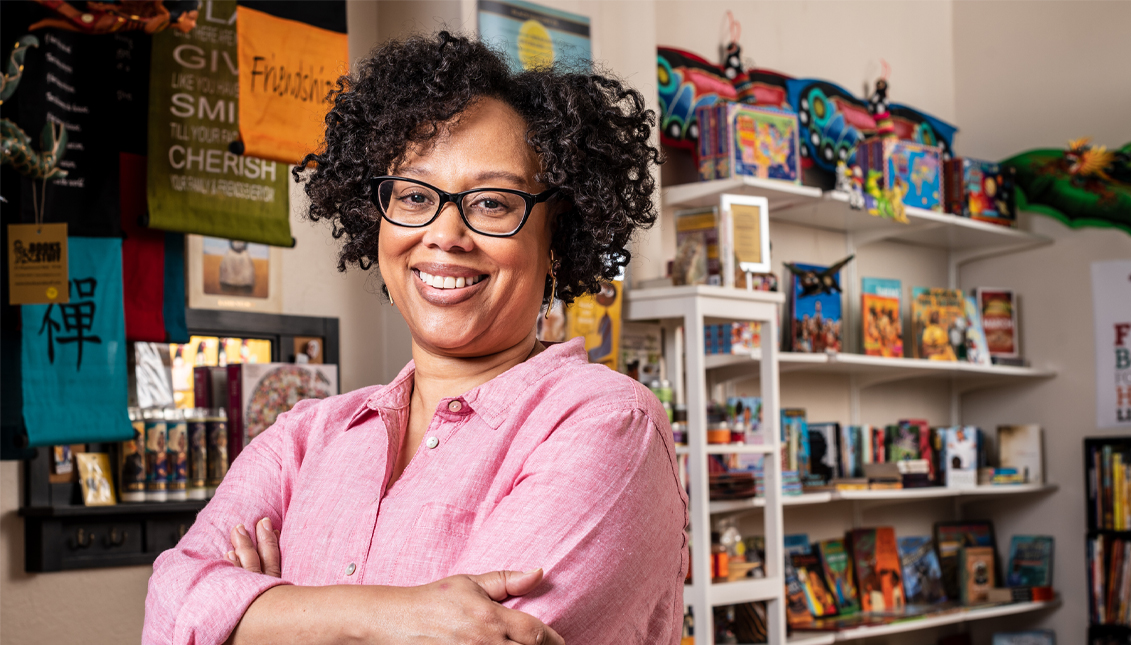 Lynn Washington’s storefront may be all online now, but it hasn’t lost its capacity to inspire children of all ages and backgrounds.

While approaching retirement as a graphic designer at the Free Library of Philadelphia, Lynn Washington decided to open a small storefront in Germantown that’s morphed into a haven for children and Black and Brown people.

As a mother, Washington would read books to her children to spark their imagination — something she still does with the children in her neighborhood.

“I’ve always encouraged reading to people, which is something that I’ve always loved,” Washington said in a recent interview with AL DÍA News.

With the idea that she can support young children in being comfortable in their own skin, she opened Books and Stuff in 2018, two years before she retired.

“At first, I started vending and promoting books, mainly children's books that focused on people of color,” said Washington.

It wasn't until the COVID-19 pandemic hit that she decided to close her storefront, specifically because she was not getting many customers.

“I’ve decided to transition into an online service,” said Washington.

Her business has always had an online presence, but she still admitted that it will be an adjustment for her customers to adjust to the online business model.

“My customers were used to seeing the bright books with people who looked like them on the covers, but now they can only see that online,” said Washington.

One business prospect that she created during the COVID-19 pandemic are surprise packages that cater to young children from different backgrounds.

The packages cater to different ages and have different prices that range from $15 to $35, and are filled with different books, puzzles, and games put together by Washington herself.

“Any child can have a surprise package, whether you are a middle schooler or high schooler,” she said.

Other items sold are magnets and puzzles related to different cultures and ethnicities.

But it’s the books that educate and inspire children of different backgrounds that will always be something Washington is most passionate about.

Her eclectic and diverse collection of books includes a storybook about Sonia Sotomayor, who was the first Latina confirmed to the U.S. Supreme Court by President Barack Obama in 2009.

“I also have a reading book for children called, Stella Diaz has something to Say, a children’s novel written by Angela Dominguez,” she said.

Books and Stuff also has a fan deck with information about different countries from Africa that range all over the continent.

On top of owning her online business, she will also have a space at the Flower Show this upcoming Spring in FDR Park.

The show’s openings will be between June 5 until June 13.

“Although I won't be having a brick and mortar shop anymore, I also focus on doing pop-ups and have been attending some schools to showcase some books,” said Washington.