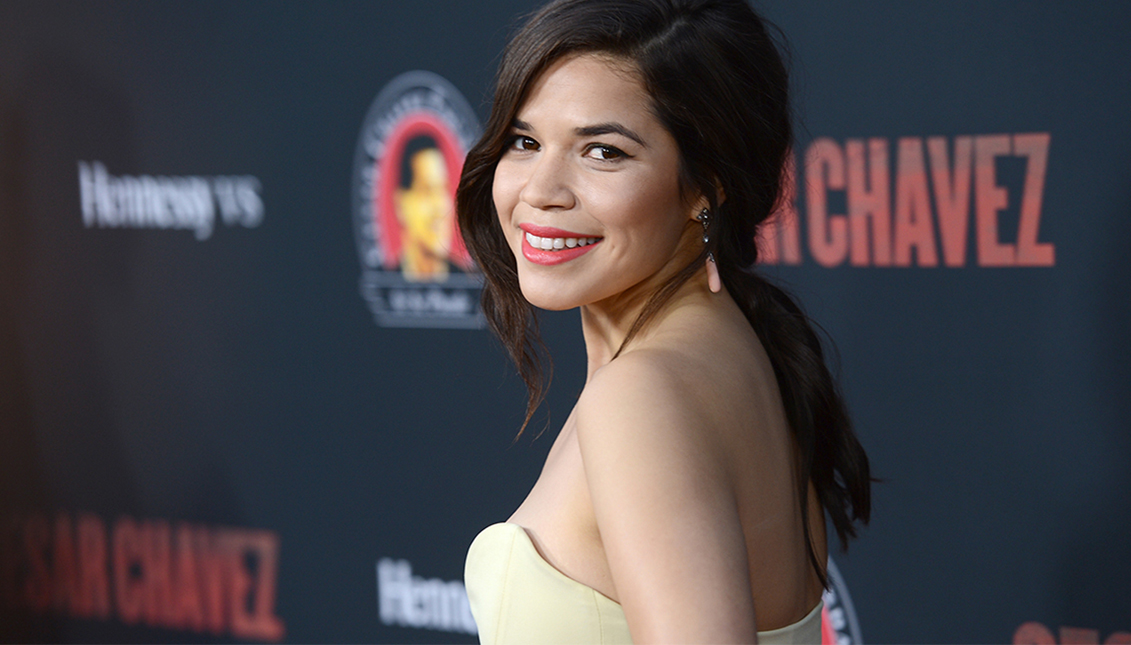 America Ferrera joined the second day of B.PHL Fest, touching on the most critical topics leading up to the election. Photo: Getty Images

Ferrera says now is a turning point in our country, and the stakes couldn’t be higher.

Ferrera shared her passion for supporting women’s rights, the importance of voting now, more than ever, and the critical challenges facing the nation in the 48 days before the General Election.

While she is widely known for her on-screen roles, Ferrera knows that her story is unique.

“The truth is, I got incredibly lucky really early on. There was very little reason for a young person like me, daughter of Honduran immigrants, born and raised in Southern California, having a single mother raising six kids, zero ties to the industry, but I had a passion for storytelling,” Ferrera said..

To find success, Ferrera had to navigate people in her life who spoke of the slim to zero percent chance she had of landing a role, and breaking through the boxes filmmakers often wanted to confine her to – stereotypical portrayals of Latinas.

But she’s always had a broader interest in what was going on in the world, not just acting. Her introduction to the wider world came in school.

Ferrera recalled a ruling in 1991 by the California Public School System that allowed schools to ask whether students are legally authorized to reside in the U.S.

“This didn’t affect me because I was born in this country,” Ferrera said. “My mother did have to pull me aside.”

It was to warn her. Ferrera then realized it wasn’t a conversation that all parents have with their children.

“I knew then what I looked like, was the reason why I was singled out,” she said.

Ferrera went on to study International Relations at the University of Southern California and told Ballard-Morrill that being an actor, “should not preclude you from being an aware citizen who cares.”

This is why apart from her on-screen roles and directing, Ferrera dedicates all her time to uplifting women as part of the Time’s Up movement, and making strides to break barriers in representation and sexism.

Because to her, being an active American is all about realizing uncomfortable truths, and working to change them.

Ferrera also discussed the importance of voting ahead of the 2020 election, as well as her passion for women-owned businesses with her new venture of co-owning a National Women's Soccer League team in Los Angeles.

“You’re so often taught to compete, that there’s just one lice of that pie meant for people like you,” she said. “Rather than saying, this system doesn’t work, we need to bake a new pie.”

This was never seen more than when the U.S. Women’s Soccer dominated their sport for the country, to little recognition — while still being underpaid, and underrepresented for their achievements.

“We gathered with the U.S. soccer team to talk about how we use this system to advance these issues forward.” Ferrera continued. From that, an idea was born – bringing a Women’s soccer team to L.A. – Angel City.

The gap between how Latinas are portrayed, and the reality
December 15th, 2022
Leadership from both an individual and organizational standpoint
September 13th, 2022
Stopping health inequity, and the impact of social determinism
September 12th, 2022

From there, Ballard Morrill asked Ferrera about motherhood — how to raise a daughter, considering everything women must go through.

“I’m more concerned about how to raise a good son. How to give my son the perspective of his privilege and have him care about the opportunities his daughter may or may not have,” Ferrera said.

The conversation then reached a critical tone, when Ballard Morrill raised the topic of the 2020 election.

“This election is highlighting all the systemic inequalities. Our job is to move ourselves closer to what we envision as a country.” Ferrera said.

If we’re not protecting our basic rights in this country, voting, being one of them, we the nation, has failed in its promise.

There is so much confusion, so much conflicting information and misinformation, Ferrera noted, that it is important to keep our focus intact.

“We have to do the work of sifting through that,” she said, especially when we consider those the president and his administration are trying to silence.

What makes the difference is connecting to those who are long unseen and not reached.

There’s a role for all of us to play in this election. Whether by voting, becoming a poll worker or advocacy. This is a turning point in our country and the stakes couldn’t be higher.