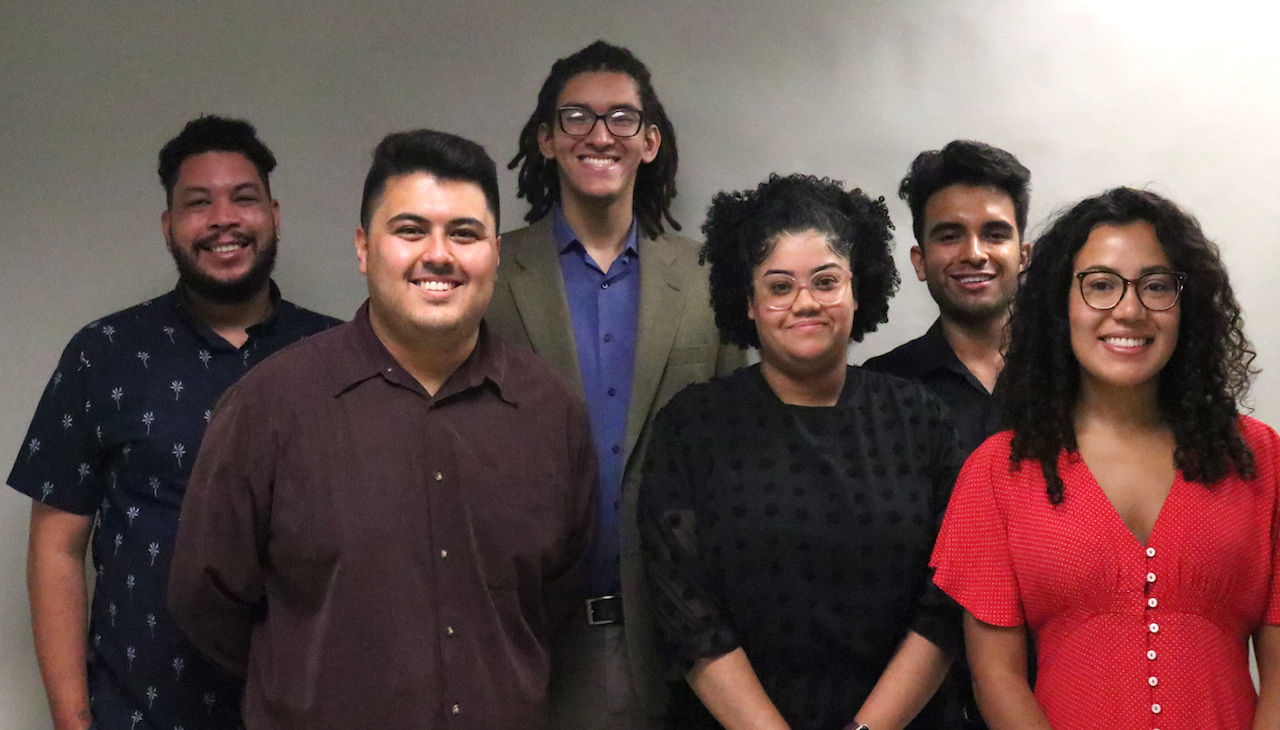 The six young journalists will cut their teeth as part of the AL DÍA newsroom over the next year.

Ever since it was founded out of a house in the Olney section of Philadelphia in the 1990s, AL DÍA has always been a place for young journalists to get their feet wet in the Philadelphia and wider U.S. media industry and gain much-coveted experience.

The first training for prospective AL DÍA writers was held in the basement of a church in that same Olney section of Philly, led by its founder and editor-in-chief. Today, thanks to the AL DÍA Foundation, those trainings of the same nature are held in the AL DÍA newsroom, at 1835 Market Street in Center City, Philadelphia.

But while the training is in an entirely different place, the essence of its purpose remains the same as it was some 27 years ago. Not only is it for young journalists to get experience in news, but also for these same diverse set of individuals to be empowered to tell their stories and those near and dear to their hearts as they see fit, and stake a claim in the ever-changing media landscape of today.

That journey restarted last year as the AL DÍA Foundation, and it welcomed its first Félix Varela fellow, Kianni Figuereo. As a video journalist, Figuereo broke down the city’s gun violence crisis in the YouTube series ‘What Our City Needs,’ analyzing the crisis from different lenses like policy, mental health, culture, education, and the economy.

In July 2022, the number of fellows in the AL DÍA newsroom multiplied by six, as a new crop of young journalists were selected to go through the fellowship program over the next year.

They are a crop of reporters and creatives from across the Philadelphia region and country that will not only put their names on the local media map, but in the process, take the AL DÍA newsroom to never-before-seen heights.

Get to know them below:

Renata Kaminski is a recent graduate of Temple University’s Klein College of Media and Communications, where she got a degree in journalism. She was born and raised in Porto Alegre, Brazil, and moved to Philadelphia in 2018 to start college. For Renata, journalism came into her life out of her love of interacting with other people, and the impact she saw effective communicators had on society. As an undergrad at Temple, Renata completed a number of internships and worked for the Temple News, where she developed her feature writing with stories about members of the international community on Temple’s campus. She also completed a service journalism internship while studying abroad in Rome, Italy.

Carlos Nogueras is a freelance journalist pursuing a Masters in Communications at the University of Puerto Rico. He is a data-driven reporter who has done extensive research on dis- and misinformation, and uses it to engage his community and inspire involvement. Carlos believes public policy finds foundation in grassroots movements, and that organized society is the bedrock of democracy. His work as a journalist is also done in a way that is honest and representative of the Latine community.

Alan Nuñez is new to the East Coast having been raised his entire life in Las Vegas, Nevada as the son of Mexican immigrants. Growing up, he learned the value and power of education, especially higher education, as he became the first member of his family to graduate from college. Alan did so with a Bachelors of Journalism from the University of Nevada-Las Vegas (UNLV). As long as he can remember, Alan has been interested in writing and research, and coupled with a natural curiosity for life, it’s made a career as a storyteller the one for him.

Before he graduated from Cabrini University, Rodrigo Campos-Sanchez was both an editor for the school’s newspaper, The Loquitur, and co-president of its communications honors society, the Society for Collegiate Journalists. He double majored in Digital Communication and Social Media, and Spanish. Before Cabrini, Rodrigo also studied communications at Delaware County Community College. He is originally from Michoacán, Mexico, and is the first in his family to graduate college.

Jennifer Hernandez is a graduate of Southern New Hampshire University, where she received a Bachelor of Arts in Creative Writing and English with a minor in Poetry. Jennifer was born in a small town on the East side of the Dominican Republic, and first moved to the U.S. with her family when she was eight as her parents chased the American Dream. Her journey to writing came from a desire to master the English language not long after arriving in the states. Now, in addition to starting a career as a professional journalist, Jennifer is also soon to get her masters in the same Creative Writing and English as her bachelors, also with a minor in Poetry.

Eliot Olaya is a recent graduate of Drexel University, where he majored in Business Administration and got a minor in writing. He chose the former because he had interest in business, and the latter because he discovered a passion for writing while completing essays and other written assignments. Beyond work for business classes, Eliot also dove into the world of creative writing with short stories. After graduating, he also held a position at bilingual English-Spanish publication, Motivos Magazine, where he interviewed and profiled subjects about their lives and careers.