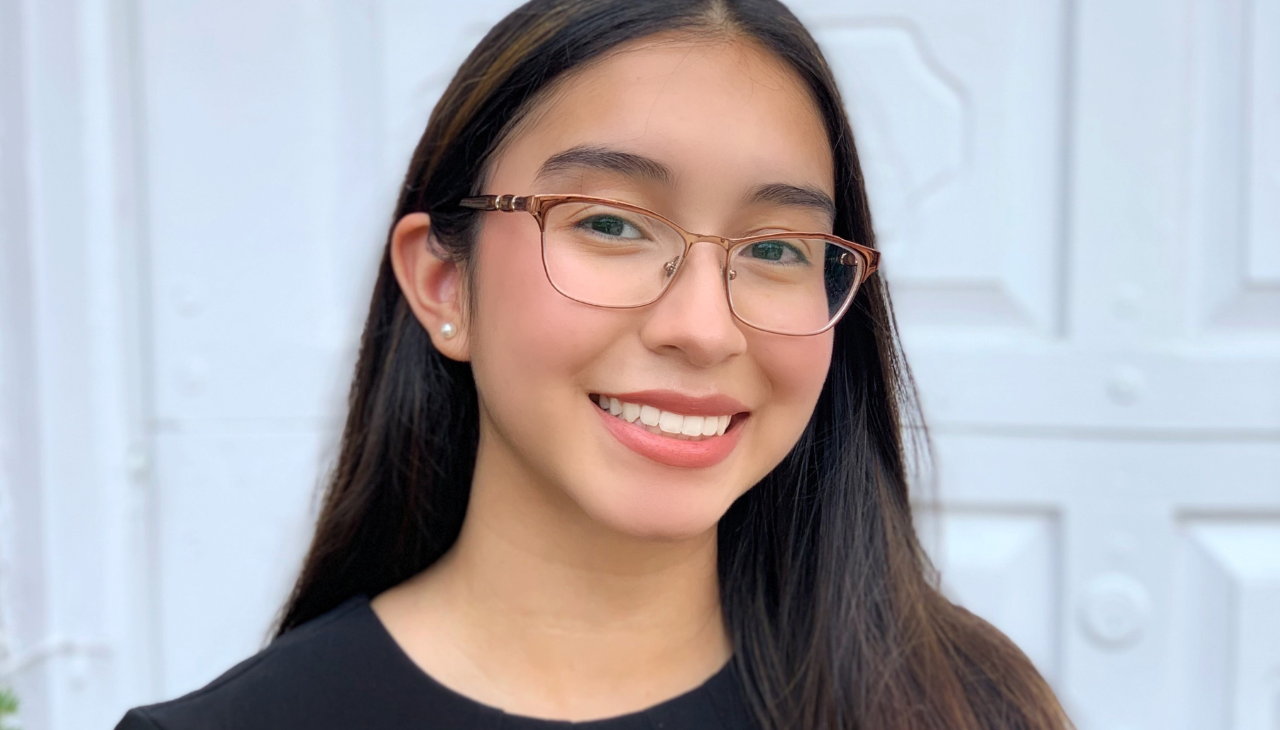 Roxanna Alvarado says her main goal is to make her family proud.

Born and raised New Yorker from Queens, Roxanna Alvarado now finds herself in a completely different environment at Middlebury College, in the state of Vermont. When her parents immigrated from Nicaragua almost 30 years ago, they chose New York City because of its ‘city of opportunities’ title. Little did they know that both their daughters — Roxanna and her sister, Elsa Alvarado — would end up finding opportunities in a college where nature is way more common than skyscrapers.

Roxanna is a proud NYC native, and she attributes a lot of her knowledge and appreciation for other cultures to the fact that she grew up in a city where diversity is in every corner — and she means it literally, considering the multiple restaurants for every cuisine throughout the city; one of her favorite things about the Big Apple.

Growing up in a strong Latino household, Roxanna was hesitant at first about attending Middlebury College, as it is a predominantly white institution, she said. She was afraid of how she would identify herself and if she would experience cultural shock. However, the initial nervousness got transformed into a feeling of belonging, the school makes it a priority to include people of all backgrounds and create safe spaces for people of color, Roxanna explained.

Although she feels weird sometimes for being the only Latina in a room, she likes to remind herself of the values her sister, who is a Latina Middlebury College alumna, shared with her: “you need to feel like you belong because you do.”

“You shouldn’t feel inferior in any sense because you deserve to be in that classroom just as much as everyone else who is there,” Roxanna says to her friends whenever they feel out of place.

Now fully adapted to the new environment as a sophomore molecular biology student at Middlebury, Roxanna was awarded with the 2022 Hispanic Scholarship Fund (HSF); an important achievement in her life. She started applying for scholarships aiming to help reduce the tuition her parents would have to pay for her to get a degree. She learned about HSF from her sister, who is a scholar alumna — having received it more than 10 years ago.

“Scholarship money is used to fund education,” she said. “Without it, many people, especially those who come from lower-middle class Latino families, would have loans to worry about or would just not be able to attend college.”

As a huge advocate for the Hispanic Scholarship Fund, Roxanna recommends to all her friends who have Hispanic backgrounds to apply. She explains that the application process asks for basic and financial aid information; but highlights that the short essays session is the most important. With questions such as: ‘what are your ambitions,’‘how do you identify yourself as a person,’ and ‘what makes you stand out from everyone that has applied,’ Roxanna believes this session is the determining component of being selected or not.

She advises students that before applying to any opportunities, put into perspective what they want to do in the future, what they are passionate about, and what makes them want to succeed.

In her case, she took inspiration from an essay she wrote when applying to Middlebury. At the time, she wrote about her mom’s traumatic experience of having children with no health insurance in the United States. Roxanna decided that, in the future, she wants to prevent other Latina mothers from having to go through the struggles her mother suffered. When thinking about what makes her stand out from the others, she answers that her aspirations are not only for personal success, but also for the success of her family legacy as immigrants. Her happiness and joy of helping others in need are evident in her goals of eventually being able to help poor communities with affordable medical care.

Roxanna started applying to scholarship opportunities when she was a high school freshman. At the time, she was working at a medical office in Brooklyn, New York. A turning point in her life as a hands on experience because it allowed her to see how many people were in need of medical care in the city — specially those who were undocumented and could’t afford to pay for doctor’s appointments. The doctor she worked with, Dr. Ada Anon, charged significantly less than others, making it affordable for communities in need. She was the one who inspired Roxanna to reach success and be able to help others.

Since then, Roxanna hasn’t stopped applying for opportunities and experiencing what the city could give back to her. As a high school sophomore, she applied to do research at New York University Tandon School of Engineering, focusing on cellular and molecular biology. Because of her work there, she was awarded the Pinkerton Science Scholar, in 2019.

Despite the impressive resumé, Roxanna likes to remind that even though some people have won many awards and accomplished great things, it doesn’t mean that they haven’t lost many others. In her case, she applied to HSF during the pandemic, in 2020, but didn’t get it. Although hard to handle at first, she kept herself motivated — especially by her sister’s encouragement — and reapplied in the following year, being successful.

“You have to keep trying and be persistent, and eventually you will get it,” she said.

When talking about how to find scholarships, Roxanna’s favorite platform is LinkedIn. Not only to find opportunities, but also to network and eventually discover other possibilities. For high schoolers, she advises them to speak with scholarship winner upperclassmen for help. Alumni are a great source of information and guidance, she said. The good old Google doesn’t disappoint either. A simple search for Hispanic scholarships can present students with a variety of opportunities — such as HSF and the Hispanic Heritage Foundation, which Roxanna was also awarded in 2022.

Besides the money and recognition, one of the most amazing aspects of winning a scholarship is the possibility of networking, and Roxanna is taking advantage of it. Whenever attending award ceremonies, she makes sure to connect with other students her age who have similar goals. Down the road, she believes these people can be great professional resources.

Roxanna describes herself as a passionate and driven person, who wants for her family to feel proud of having immigrated to the United States. Although Roxanna has long term achievements that the scholarships she won are helping her reach, her immediate goals are more local, at Middlebury. Being a tour guide coordinator, she works closely with the admission office; where often families who only speak Spanish or people who want to know about her experience as a person of color at Middlebury, reach out to her.

“I like helping them feel comfortable about joining Middlebury,” she said.

Further in the future and close in the present, she is driven by her passion to help people.