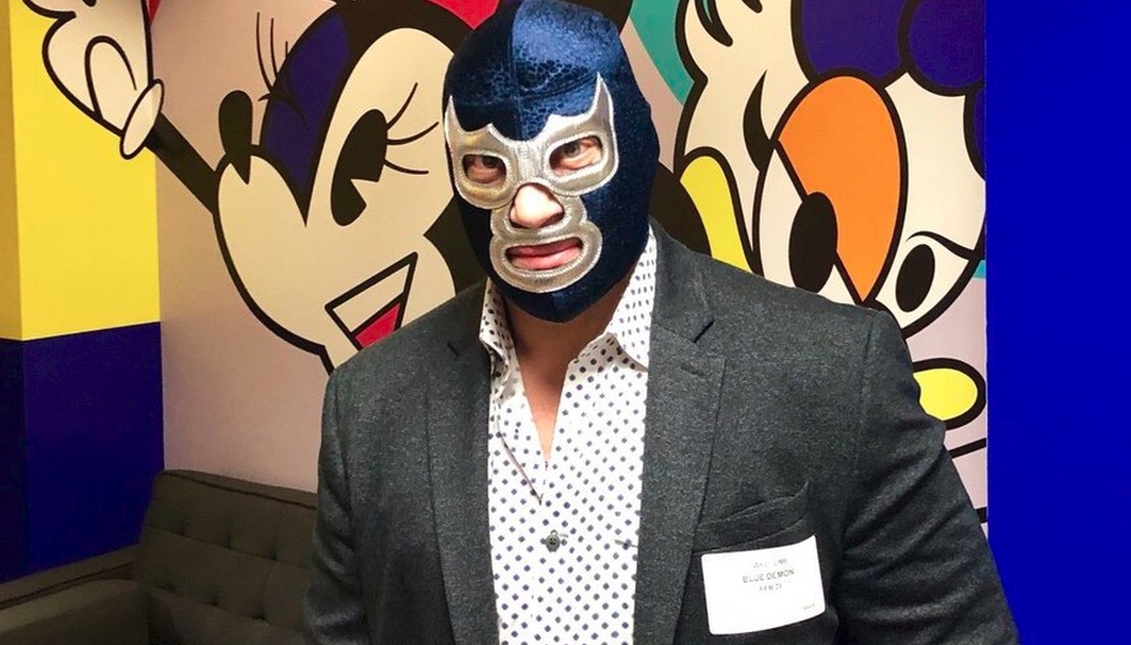 "This is a family that comes from wrestling, from the legacy of a mask and the niece is the one who receives the new generation." Photo: Milenio

The well-known Mexican wrestler will start filming with actress Scarlett Estevez in April.

Wrestlers know that winning a belt in the ring does not mean being able to do it on the street or in front of new spectators. Superheroes, however, must be able to stand up to villains on any stage.

That is the intention of the well-known Blue Demon Jr. now that his new TV show, Ultra Violet & Blue Demon has passed the pilot phase and have confirmed the start of filming for the rest of the season.

It comes as streaming platforms are out to diversify their offerings and make new investments. One of them is to expand the formats to prominently feature Mexican wrestlers. Examples of this are Marvel's interest in adapting some of the wrestlers to its universe, and the cartoon Super Lucha Cats.

The green light given to Ultra Violet & Blue Demon, which will begin filming the rest of its episodes in the Spring for release at the end of the year, is part of this panorama. It follows the script of the archetypal superhero story about passing the mantle to the younger generations, very much focused on the children's audience, so Blue Demon Jr., adopted son of the first Blue Demon, has prepared himself as an actor to include comedy and costumes in his repertoire.

According to one of its producers, Dan Carrillo Levy, the preparations have been intense.

'My Dream Quinceañera' set to premiere on Paramount+
August 29th, 2022
Mexican tv series “Toda la sangre” set to premiere in the US
August 11th, 2022
'Gordita Chronicles': A story about Caribbean migration in pursuit of the American dream
July 1st, 2022

"Since March, everyone had classes for Zoom to move forward with the project. They were months of hard work and in October, when we filmed the pilot, we saw that Blue Demon Jr. was ready to start," he said.

Mexican-American actress Scarlett Estevez, with an extensive career as a child star and roles in series such as Lucifer, will play Violet, the protagonist, who discovers a mask that gives her superpowers at the same time as learning her wrestler uncle escapes at night to defend the streets.

The plot features the signature elements of the superhero genre, which will be how she manages it all while having to cope with the day-to-day life of high school.

The Disney+ series will be originally shot in Spanish and, according to the producers, the script also addresses the characters' Latino family as a way of dealing with "a whole cultural background; and wrestling is part of it."

"In our fiction, this is a family that comes from wrestling, from the legacy of a mask and the niece is the one who receives the new generation," they said.

If the formula works, they already have plans to expand the brand to comics and movies.