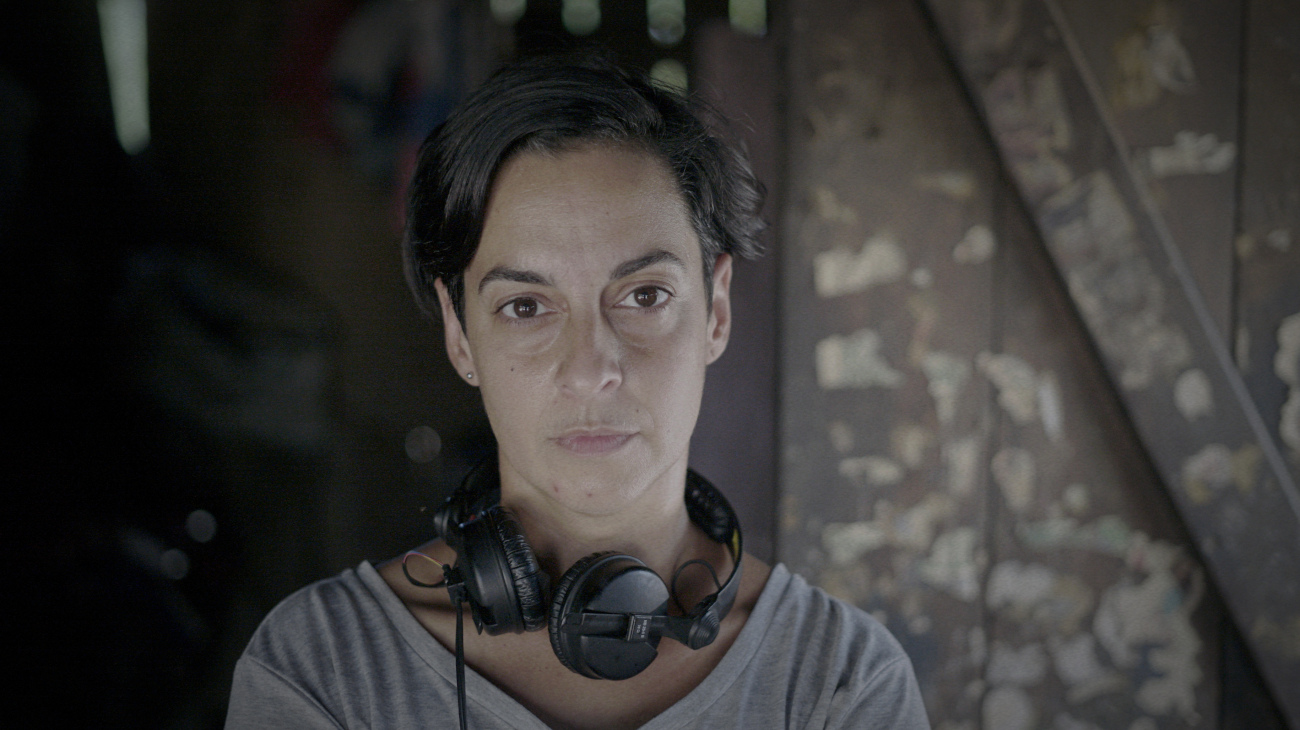 With a U.S. and Spain education, Arami Ullón, became an icon in the Paraguayan fi lm industry, after her documentary Cloudy Times, gave her country its first Oscar nomination. Credits: Courtesy Arami Ullon.

The documentary “Nothing but the sun” draws attention to indigenous people in Paraguay and how they’ve shaped society as we know it.

For seven years, filmmaker Arami Ullón has followed every step of Mateo Sobode Chiqueno, a documentary maker of the ethnic Ayoreo group, and a resident of the Chaco, in Northeast Paraguay.

Since the 70s, Mateo has tirelessly crossed these desolate lands with a cassette recorder in hand, immortalizing the testimonies of other Indigenous people of his community who are no longer isolated. Like him, they were forced to abandon their ancestral lands to try to get into what they call, “the world of white people.”

All this time, his work allowed him to collect stories on the emotional impact of exile, violence, holding onto cultural roots, and the constant search for alternatives to survive day to day. Each film, all intellectual properties of Mateo, also have music another expression of his native identity. He is the main character of the feature fi lm Nothing But The Sun, which he also narrates in the first person.

The documentary, which premiered at the opening of the 2020 International Documentary Film Festival Amsterdam (IDFA), has won different awards at a dozen international contests, and was selected to represent Paraguay in the categories of Best International Film and Best Documentary at the 2022 Oscars.

It is also the first Paraguayan documentary filmed entirely in the Ayoreo Indigenous language. “It is the language in which Mateo and the members of the community communicate. They have not replaced their language completely for Spanish. That is why my decision to disappear as a director. Staying out and giving the visual and sound aspects to Mateo made everything fl ow naturally in Ayoreo. Also, recording the language is an important legacy for future generations,” said Ullón in an interview with AL DÍA News from Switzerland, where she lives. “I live between here and Paraguay. Here I have my partner, my cats, my books, and here is where I work on my filmmaking projects.”

With educations from the United States, thanks to a scholarship from the Boston Film and Video Foundation, and Spain, the 43-year-old is an icon in Paraguay’s fi lm industry, where she will always be remembered for her feature fi lm Cloudy Times, which earned Paraguay its first nomination at the Academy Awards in 2016.

Paraguay, located in the heart of South America between Argentina, Bolivia and Brazil, is one of the few countries on the continent that includes Spanish and a native language — Guarani — as official languages.

Despite being a bilingual nation, there is a profound unawareness of everything related to its 19 ethnic groups made up of over 117,000 individuals, according to data collected in 2019 by the United Nations Development Programme (UNDP). With that number, the native population is considered a minority in a territory of 157,065 square miles where another 7,000,000 people live. 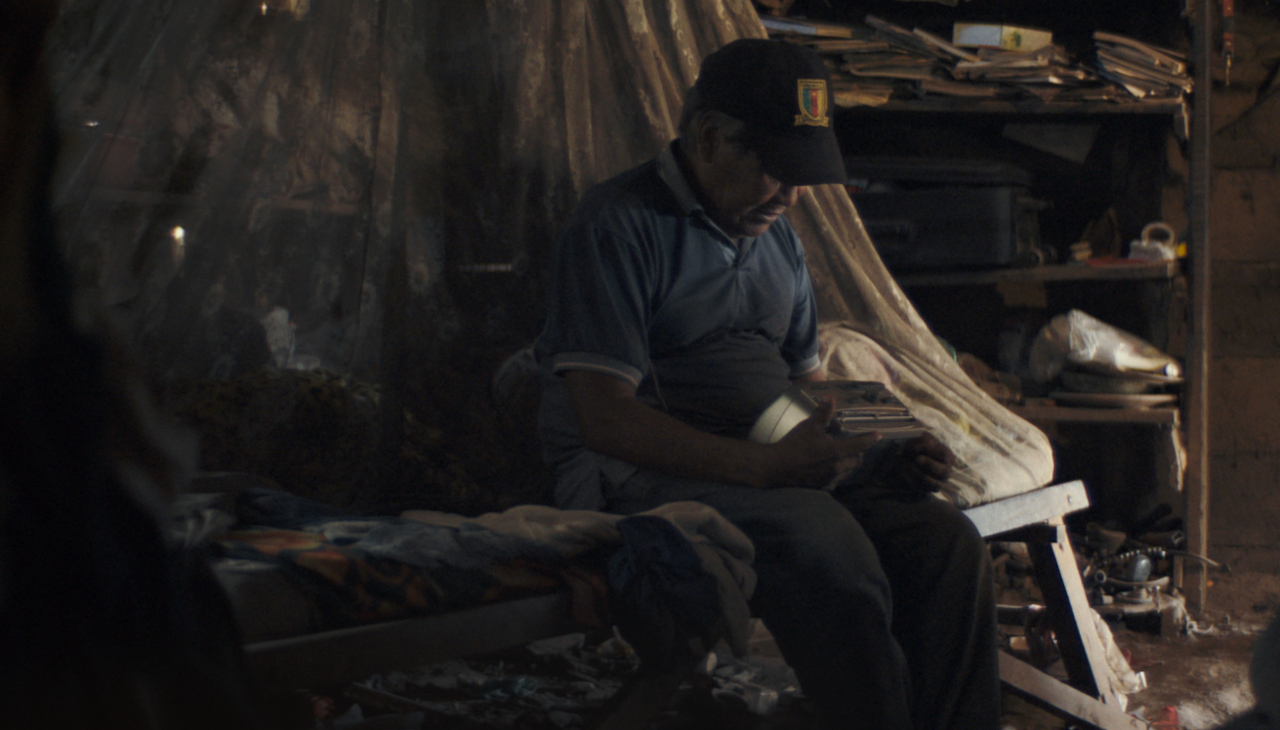 Encouraged by the need to document the story of survival of the Ayoreo, and their capacity to rebuild their home, Ullón went deep into a world that entails thorough investigation and required deep introspection. “It is a mix of feelings. Guilt for the privileged place where I am to tell the story, the opportunities that one has, but others don’t. Also anger, sadness, indignation, lots of tenderness, and understanding. I went through different emotional states, but I learned to listen again. The world of the Ayoreo is complex and their current situation is too. I assumed my own ignorance, and decided to listen, that was my best choice. In this case, listening means accepting being affected, learning from the other, learning what happens to you when facing these situations, and understanding that you operate as a colonized individual,” she said, while choked up with emotion.

For the filmmaker, Nothing But The Sun was an opportunity to reflect on the way the traces of colonization in Latin America determine people’s perception of native world view.

“We don’t see ourselves as descendants of indigenous people, we feel closer to a European lifestyle than to an Indigenous one. But, a high percentage of the Paraguayan population, for example, has — at some point of their ancestral background — Indigenous roots. I questioned that eurocentrism, and it will remain a question for life,” said Ullón.

During filming, she learned to value an attitude that is missing in contemporary society. “Conversations between the protagonists happen without almost any judgment, without being violent. There is respect for the other, and I believe that enriches us, who from the western view have lost something and are losing It more every time: empathy is at risk,” she said.

The same curiosity from the director for the Ayoreo mobilized some 4,000 Paraguayans in the middle of the pandemic to discover a completely unknown story through film. There was also major success at the box office. The filmmaker hopes the fi lm will show in other corners of her country soon, at cultural and education centers.

The premiere of Nothing But The Sun awakened the interest for the documentary fi lm genre in Paraguay, and it even had a political effect. In November 2021, Paraguay’s Congress recognized Mateo Sobode Chiqueno for his contribution to culture, which made him the first Ayoreo to receive a distinction of this kind by the legislative body. Sobode took the opportunity at the ceremony to vindicate the restitution of ancestral land for his people. “We are dying little by little, we ask you to stop deforesting the areas where the Indigenous peoples live,” he said.

The attention received by the legislature did not pass over to the other institutions of the State created to safeguard the rights of native peoples, and their quality of life threatened by deforestation.

The private sector also showed out in support. Some non-governmental organizations showed their determination to support the digitization of Mateo’s recordings to create a sound archive and preserve the Ayoreo legacy. “There are people who believe that if they are not directly involved in the life of the Ayoreo, that doesn’t affect them; but it does affect them because we share the same world. There are also people who are committed and take responsibility. Average citizens are political beings, they have the possibility to make better choices and generate changes in their environment. Paraguayans can demand laws that protect the forests, regulate deforestation and ensure rights to indigenous people,” Ullón emphasizes.

CINEMA: A CATALYST FOR SOCIAL CHANGE

Knowing that patience and perseverance are fundamental for professionals in film, Ullón encourages young talent to work without fearing rejection. “When you present a project and they say ‘no,’ you have to wake up the next day and present it at a different place until, at some point, somebody says ‘yes.’ No movie has ever had a sequence of approvals without several rejections too. That doesn’t exist,” she said.

She insists that at this point, the most important thing is to make the most of how gratifying it can be to work in the fi lm industry. “We are always congratulated for our achievements and recognition, but something to celebrate before that is working in cinema: our work is what is important. We have to keep researching, writing and re-writing the times necessary for our efforts to materialize and become a movie. That is the first objective. If there is or there isn’t a prize, that is secondary,” said Ullón.

Her role as director allows Ullón to hold on to her dream and desire for a second documentary — and others about the reality of the Ayoreo — to take the first steps in the long way towards making the Indigenous peoples of Latin America visible. “You hope, dream and believe that you can have an influence on reality, even a little; but, sadly there is little innocence left in me, and I also know that changes require much more than a movie,” she said.

The Paraguayan-Swiss production Nothing But The Sun is now showing in festivals around Europe and the United States. Its next screening will be in March at the Global Roots Film Festival in Vermont. It is expected to be available on streaming platforms throughout 2022