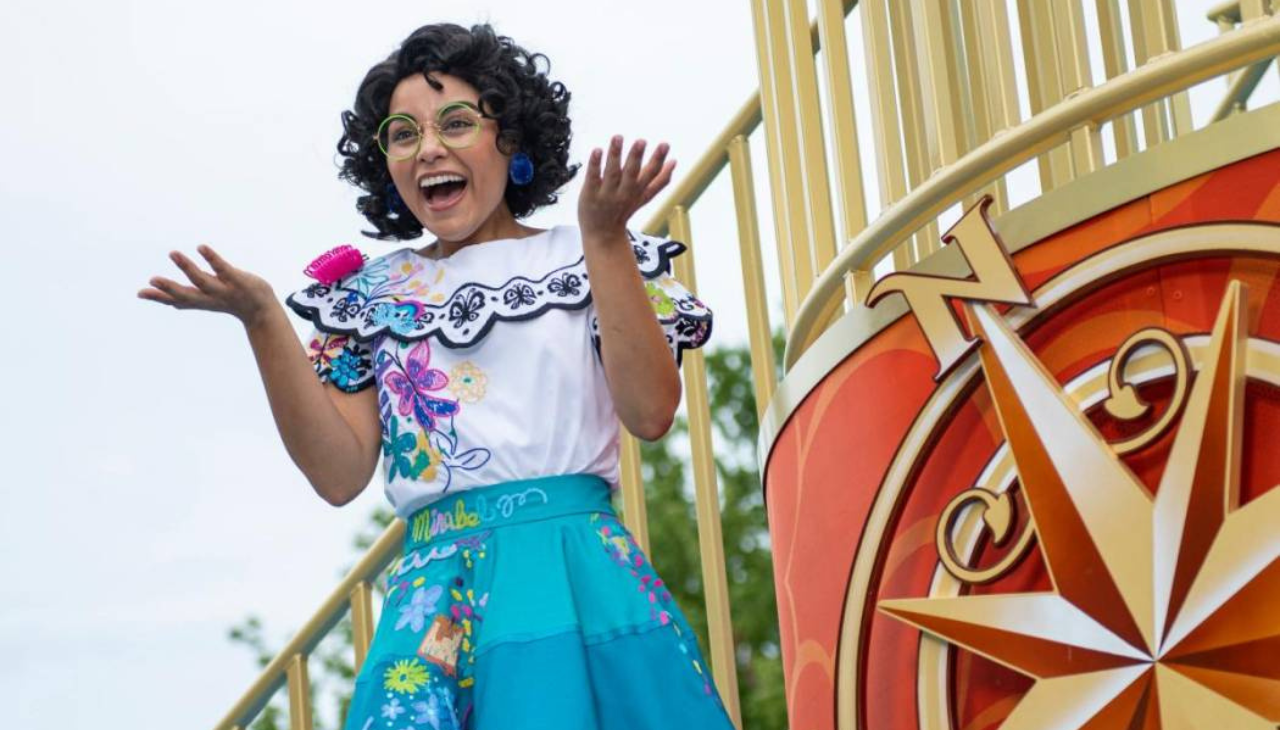 Mirabel Madrigal will be part of a group of characters that will tour the Disney parks starting June 26.

Starting Sunday, June 26, the iconic Mirabel Madrigal, protagonist of the movie Encanto, will make her debut in the Disney Adventure Friends Cavalcade, which brings together Disney's most important characters in one place.

The character, inspired by Colombian culture, will pass through the theme park several times a day alongside Miguel, a character from the film Coco (2017), inspired by Mexic's Day of the Dead, and Nick and Judy from Zootopia (2016), among others.

Mirabel also joins this year's celebration of the 50th anniversary of the opening of Walt Disney World Resort, Disney's collection of theme parks and hotels in Orlando, Florida.

This premiere will be a preview of the awaited arrival of the attraction inspired by Encanto, as said by Lin-Manuel Miranda, the mind behind the film's songs.

"I want to go in and out of that little house, to see their characters interact with the house. It's something that Disney, and no one else, can do," said the filmmaker earlier this year in an interview with the The Wrap, noting that it is something he has already discussed with the company. Miranda said that he has raised the idea with Disney CEO Bob Chapek.

In the images that Disney previewed about the incarnation of this character, Mirabel's characteristic brunette hair is present, along with her round green glasses and the traditional dress inspired by the costumes of the Colombian region of Vélez, with a white embroidered shirt, a blue skirt and her name on the waist.