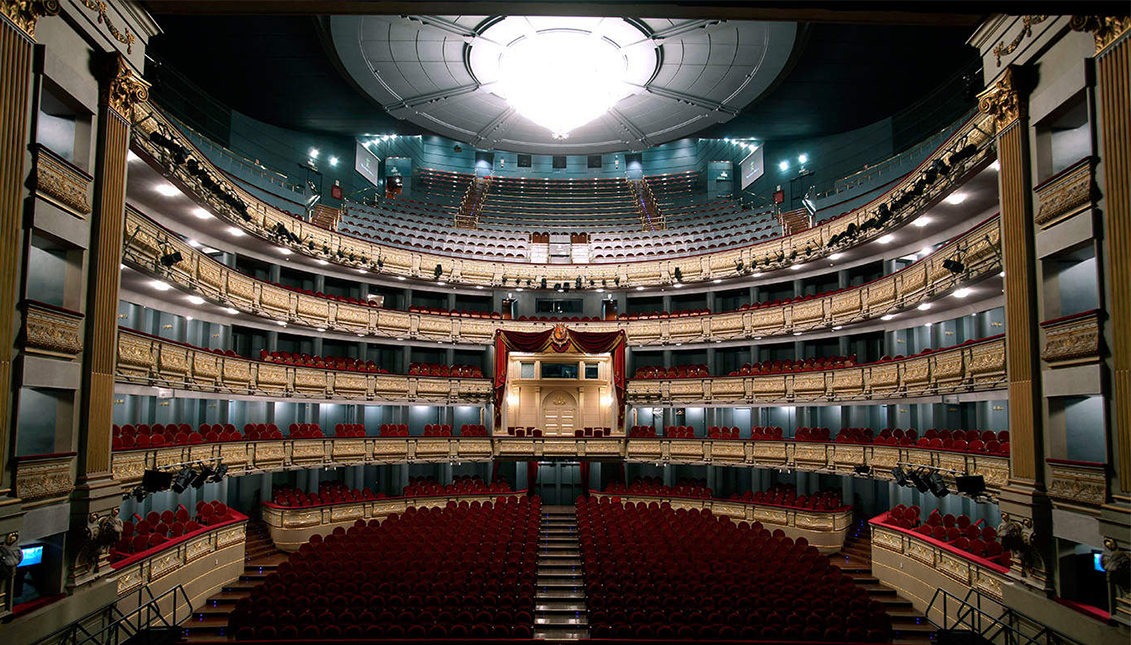 The Spanish 'El Real' beat out such opera houses as the Royal Opera House in London, the Finnish National Opera in Helsinki, and the Frankfurt Opera. Photo: Teatro Real

More than two decades after its reopening, the Spanish coliseum has finally reached the Olympus of opera.

In 1941, composer Benjamin Britten and tenor Peter Pears, both British, were in Escondido, California when they began to read George Crabbs' poem "The Borough," a collection of letters about the life of a small seafaring town and its people. Then Britten had a revelation:

"I suddenly realized two things: that I should write an opera, and where I belonged," he said.

Britten and Pears were a couple in a society where being gay was punishable by imprisonment. When the composer returned to England, he asked Montagu Slater to be his librettist and they began work on Peter Grimes, the most important British opera since the days of Henry Purcell, and a song against homophobia and the conflict between the masses and the individual that remains sadly relevant today.

Last Monday night, May 10, while Allan Clayton played the sailor Peter Grimes on the main stage of Madrid's Teatro Real at the mercy of a mob of villagers and still mourning the death of his apprentice, the staff of the Spanish coliseum, which had spent more than 70 years closed before its reopening in 1997, gathered in a nearby hall to follow together a ceremony of capital importance to them.

The irrefutable proof that it is not only possible to resist two decades of globalization and encapsulation of culture, but also to place opera, so often thought of as entertainment for the wealthy, as an emblem of a country that is more than its food and beaches.

The ceremony in question was the International Opera Awards, considered the Oscars of opera, and which crowned the Teatro Real in Madrid as the best company in the world for its programming in 2019 — last year's edition had to be suspended due to the pandemic.

It's an award that places the institution on the map of world opera, alongside other great coliseums such as the Royal Opera House in London, the Metropolitan in New York or La Scala in Milan.

"It is an honor for all of us to accept this award and we hope to continue to deserve this recognition. Thank you on behalf of all of us who have worked hard to keep the curtain up night after night in truly challenging circumstances over the past few months," thanked Joan Matabosch, artistic director of the Teatro Real, referring to the company's strenuous efforts in staying open throughout the season.

"We will continue to work together so that music and the flame of art continue to burn brightly," she added.

Petroc Trelawny, BBC presenter, presented a rather strange gala, at least for the operatic world, where everything was virtual, from the recorded performances to the participation of the award winners by videoconference and even a computer-created audience. However, the cyber-ceremony also served, according to Trelawny, to highlight the resilience of opera and theaters that have continued to raise the curtain despite these times of confinement and uncertainty.

"Maybe one day one will be written about COVID. But until then, we know that this disease has united us all more than ever," said the broadcaster.

While the director of 'El Real', Ignacio García-Belenguer, stresses that the award is "a boost for opera in general in a country like Spain that does not have a great tradition in this regard."

Located where the Real Teatro de los Caños del Peral used to be, the Teatro Real was born out of the desire of King Fernando VII to have a lyrical coliseum on a par with the best in Europe, but it was not until 33 years after its construction began that 'El Real' saw the light of day, in 1850.

Until then it had been a parliamentary seat, hosting the Congress of Deputies in 1841. But under the reign of Isabel II and during the following 75 years, it became one of the main European theaters.

However, its history is full of forced interruptions, some political and others, the major ones, economic. The revolution of 1868 and the exile of Isabel II would be followed, more than half a century later, by the collapse of the building, whose construction work was further delayed by the arrival of the Civil War and the post-war period that paralyzed the country and plunged it into misery.

During Franco's dictatorship, in 1966, the Real reopened to the public, but without its former glory, and closed again in 1988, until three years later when its rehabilitation began.

After many stumbles, the Real raised the curtain in 1997 and since then has hosted 14 world premieres of opera including the award-winning Je suis narcissiste, by Raquel García-Tomás (2019).

A curtain that will never come down again.