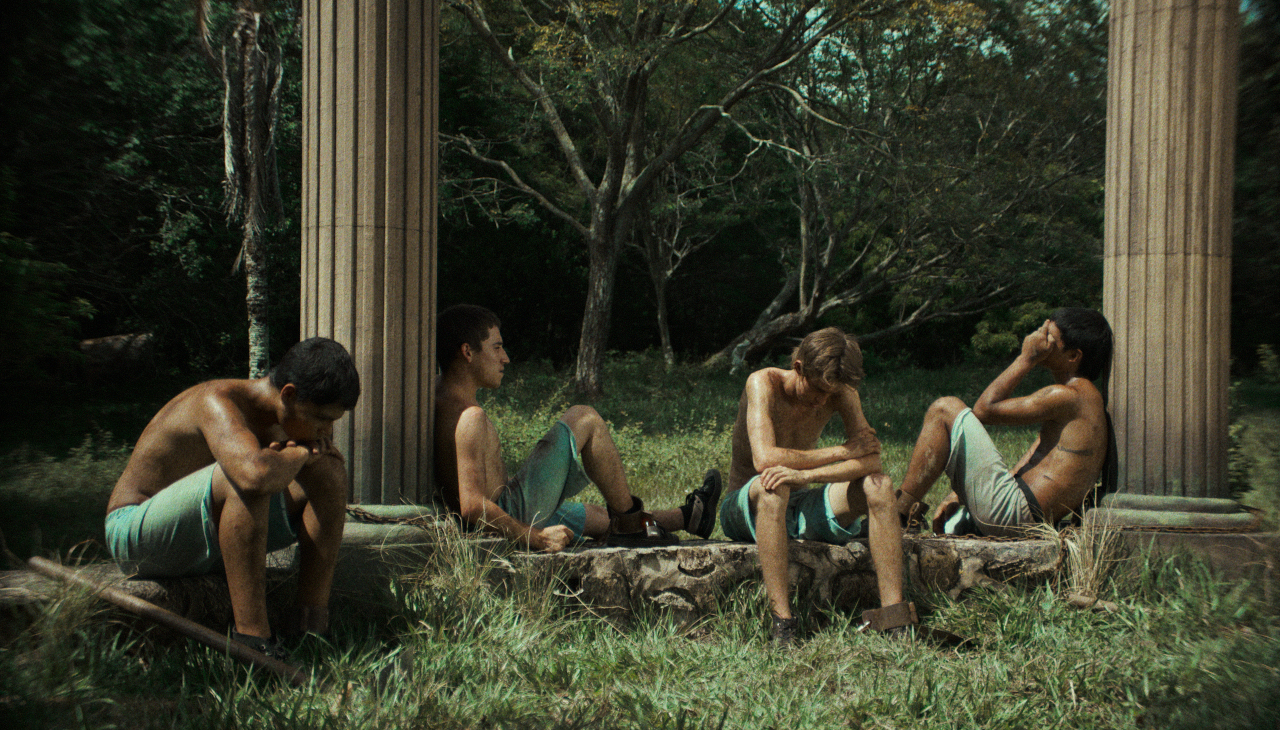 “Eliú, a country boy, is incarcerated́ in an experimental minors' centre in the heart of the Colombian tropical forest, for a crime he committed with his friend El Mono. Every day, the teenagers perform strenuous manual labour and intense group therapy. One day, El Mono is transferred to the same centre and brings with him a past that Eliú is trying to get away from,” reads the synopsis of “La Jauría”, directed by Colombian Andrés Ramírez Pulido.

This feature film tells the long and hard process of rehabilitation of young people who commit crimes and who are -at the same time- victims of a corrupt system. The story is set in Ibagué, a jungle area located in the west of Colombian territory, which has not been chosen randomly since violence belongs to everyday life. “La Jauría” is a pure fictional story. There is a lot of violence, but different. I talk about forgiveness, reconciliation, guilt and I think it will dialogue a lot with other Colombian films without being like the others," the Colombian director told EFE, before the world premiere of the film in the 61st edition of the Critics' Week at the Cannes International Film Festival.

This parallel section of the prestigious international competition, which seeks to make young talents in the film industry visible, has awarded the movie by Ramírez Pullido the Grand Prix.

However, this has not been the only award that "La Jauría" has won, since it will also take home the SACD award from the Society of Authors and Dramatic Composers of France.

Delphine Gleize, SACD director, screenwriter and film administrator, highlighted the work of the 33-year-old South American director, because "he doesn't seek to prove anything, things seem to arise by themselves due to the time he gives to each element of the film. We were struck by these portraits of a youth in search of salvation, a youth immersed in the thick of a jungle that will easily push them towards a dark radicalism. It is a simple and rich film, which does not sell its emotion”.

“La Jauría” is the debut feature by Ramírez Pullido, who had already directed short films throughout his career. One of them, "Damiana", had been selected in the official competition at Cannes in 2017.