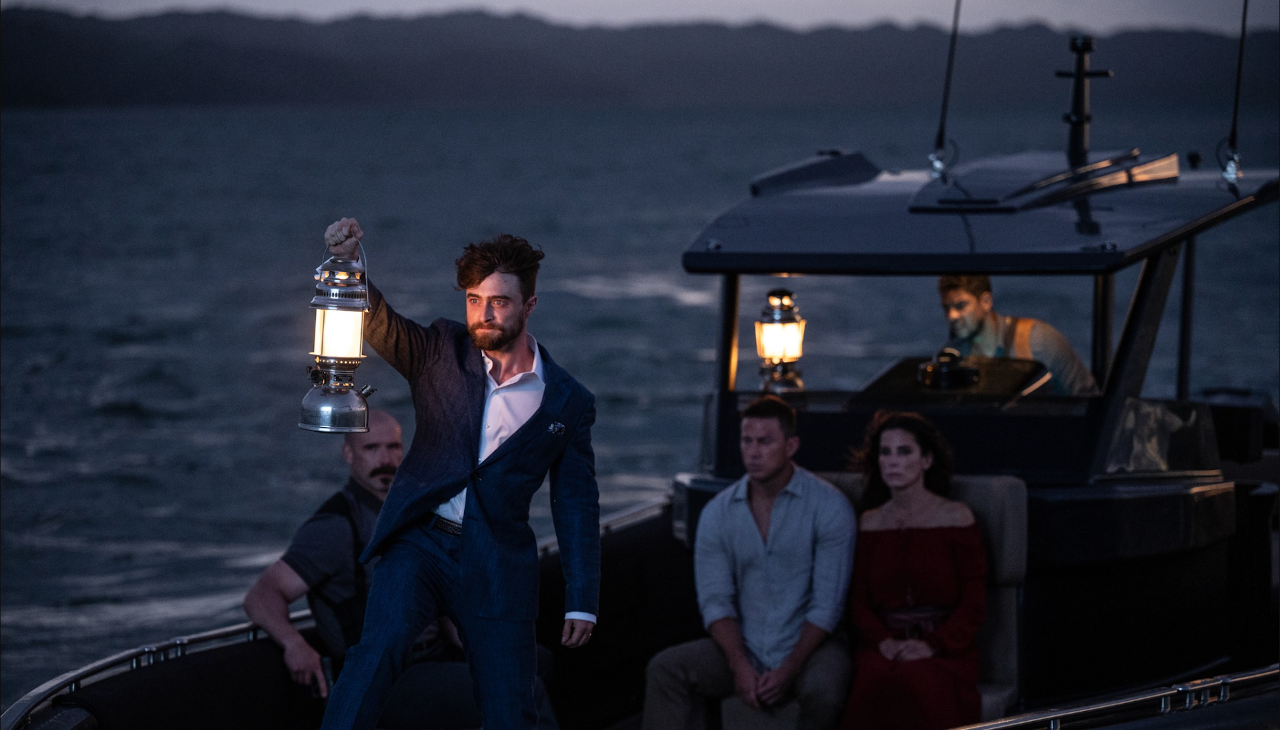 Sandra Bullock and Daniel Radcliffe star in 'The Lost City,' which premiere next week in U.S. theaters. Photo: The Lost City-Facebook.

Shooting for the movie 'The Lost City,' starring Sandra Bullock and Daniel Radcliffe, allowed the actors to visit the Dominican Republic and meet its people.

Shooting for the rom-com The Lost City was held in locations like Samaná and Casa de Campo in the Dominican Republic.

The landscapes, the people, and culture surprised Sandra Bullock and Daniel Radcliffe who star in the film. The cast also includes Channing Tatum, Brad Pitt, and hometown actor Héctor Aníbal, 47, whose charisma has overshadowed the rest of the crew.

Radcliffe and Bullock have told the press that it has been a pleasure working with talent from the Dominican Republic, who have not only taken on-screen roles, but also behind the scenes.

“It was a really beautiful community. My faith in humanity and goodness was restored because there was so much openness, love and support. They take care of us so we can take care of them,” Bullock said in an interview.

What happens when you stick a bunch of really good-looking and “hilariously entertaining” people on an island? You get #TheLostCity. See it in theatres on March 25. Early screenings this Saturday. https://t.co/hpnHuNHmyk pic.twitter.com/s49hah6EWW

Aníbal, who is also a singer and photographer and is known for his performances in Grease, Les Miserables, Chicago, acknowledged the comments made by both actors in a post on his Instagram account.

Besides Aníbal, another Latino is also on the cast of the Paramount Pictures production. This is the Cuba's Óscar Núñez, who already worked with Bullock on the movie The Proposal in 2009.

The Lost City tells the story of Loretta Sage (character played by Sandra Bullock) who writes novels about exotic places with a protagonist: a model named Alan (played by Channing Tatum). While she goes on tour to promote her new book accompanied by Alan, a multimillionaire kidnaps her because he believes one of the sites she has written about in one of her works holds a treasure in real life. Alan is tasked with rescuing her.

The film is directed by brothers Adam and Aaron Nee. It had its world premiere at South by Southwest (SXSW) on March 12, 2022 and will premiere in the U.S. theaters on March 25, 2022.