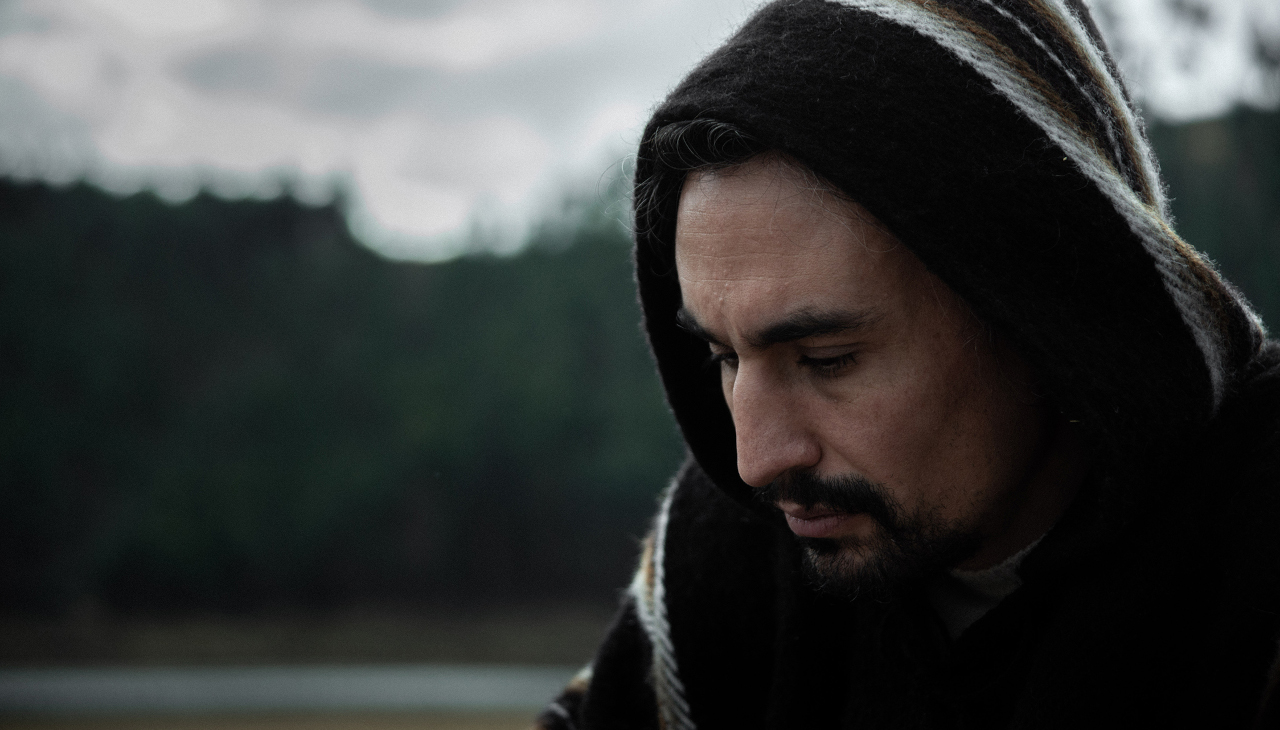 Martín Boulocq is one of the biggest Bolivian directors of the moment. His film 'The Visitor' had a successful debut at this year's Tribeca Film Festival. Photo: Andrea Camponovo.

It's Bolivia's turn on the big screen

'The Visitor,' which reflects on the power of evangelism, is one of the many films that's put Bolivia on the podium of international cinema.

Twenty percent of the 600 million people who live in Latin America and the Caribbean belong to the Evangelical Church. That is 33 out of every 100 Latin Americans, according to a study released in 2014 by the Pew Research Center.

Faced with instability in the traditional foundations of the Catholic Church, the Evangelical Church is wasting no time and gaining ground at rates considered unprecedented five decades ago in the Americas.

What sacred ingredients are combined in this cocktail of faith? At the table, there is no talk of football or religion, but everything is allowed in cinema. This is how the Bolivian filmmaker Martín Boulocq understands the dynamic in his new film, The Visitor.

“I am interested in seeing the ideological issue behind it. These institutions began to arrive strongly in the 1970s as part of a program -which I call — neocolonial, which had the policy of the United States, parallel to the military governments. There are many low-income and more vulnerable people who are part of these churches, from the grassroots, but since they have a somewhat businesslike system, they are not governed by hierarchies like the Catholic Church, and they can simply open branches. So there are people who came from the countryside who have now become pastors. It is a complex issue, it is not a thing of good and bad, it crosses the cultural issue. In the film I focus on telling the story of a father and a daughter and the power within a family, and I use that as a pretext to get into a small aspect of that complexity," said the director in a conversation with AL DÍA.

In his fourth feature film, the South American filmmaker offers a reflective look at the relationship between dogma and power, family relationships, and class disparity. To do this, he builds the story of an ex-convict (played by Enrique Aráoz) who has made singing at wakes his best way to make a living.

“Humberto’s greatest desire is to rebuild his relationship with his estranged daughter and provide her with a decent life, but the grandparents of the child — wealthy Evangelical pastors — are not willing to give up custody of their only granddaughter. Bullied into a corner financially and ideologically, Humberto is forced to face his own demons while simultaneously fighting a powerful ecclesiastical institution to which he once belonged,” reads the synopsis of The Visitor.

The strength of the narrative and the depth of the message take on a meaning real and metaphorical. Almost as strong as his inspirational opera encounter with Aráoz.

“I saw this singer doing a solo in an opera, he is not an actor, he is a lyrical singer. I was so impressed and I said: 'I have to do something with him' and that's where the first idea of ​​writing a role for him playing this character comes from. And with that then comes the concern of exploring the phenomenon of evangelical churches in Bolivia and Latin America,” he said.

Both are lifelong friends, so convincing Aráoz to appear on the big screen has always been a dream for the director.

“I proposed to him and he was confused at first, he didn't believe me. And it took a few years for us to get the project off the ground. He is very organized, very structured, and he told me: I have to take acting classes, and I told him: no, no, don't do that, they are not good for you. I am of the idea that if you do not have a long career in cinema, it is better not to have anything; That's why I told him to trust me because I like working with natural actors, I've done it before,” he added.

The film is set in Cochabamba — a city with 1,300,000 inhabitants, located in the center of the landlocked South American country with a population beloved by Boulocq because it is the land where he was born.

“That's where I live, I know it very well, I like the cinema that speaks from there, it's not an autobiographical question but what one knows,” he said.

The history of the region is marked by the struggle between the Indigenous population and Spanish colonizers. Taking into account the location, the national Indigenous movement in 2019 was part of the filming of The Visitor.

“The city was paralyzed, it has been an odyssey, a very sad moment when the military took to the streets and started shooting near where we were. It was a moment of great anguish. I tried to filter some of that into the film, although the story was different, and I tried to show that polarization that already came from before,” he explained, referring to the protests that ended with the resignation of President Evo Morales.

Having navigated these "off-script" incidents, and after four years of work, The Visitor was screened for the first time at the 2022 Tribeca Film Festival, being the only Latin American feature film in the official competition.

"It is a great satisfaction, a joy, a pride for the people, it fills me with emotion and it is an acknowledgment to everyone for having worked so hard to get here," said the filmmaker.

The Visitor will soon screen at other festivals, and its premiere in Bolivia is scheduled for the end of the year.

It is difficult to be a filmmaker in Bolivia

The success of Boulocq’s reflection on family relationships, social classes, and the power of evangelism, is similar to that of Alejandro Loayza Grisi, the director of Utama, which won the Grand Jury Prize in the World Cinema Dramatic Competition at the 2022 Sundance Film Festival.

Both, along with Kiro Russo, who won the Special Jury Prize in the Orizzonti Competition at La Biennale di Venezia with El gran Movimiento, have managed to put Bolivian talent at the top of international cinema amidst uncertainty surrounding public funding in support of film productions.

“There are no funds unlike other countries in South America. The year that the funds, the support and the impetus arise, a new government comes along that yanks all of that out. So it was a double shock, first filming, and then everything we had been working on for years fell apart. There are not many people who make movies in Bolivia and we have been pushing that law (Film Law) for a long time. It is difficult to make movies in Bolivia, you have to have drops of madness and passion to dedicate yourself to this,” he says.

Boulocq is distressed, but not subdued. He hasn't lost hope, and gave a boost of confidence to the will of politicians to support art.

“If the authorities realize that the Bolivian films that have been released in the last year have been financed by the 2019 urban intervention fund, if they manage to understand this, and the impact that it can have in one fell swoop, in a single year that there was a fund, imagine if this continues. If these funds had not existed, the story would be different. It is a reaction directly proportional to what has happened with the funds and what we are experiencing now,” he said.

Boulocq packed up his award in New York, and returned to Cochabamba. His next documentary is on the docket

Meanwhile, take note and remember his name because the boom of Bolivian cinema is only just beginning.