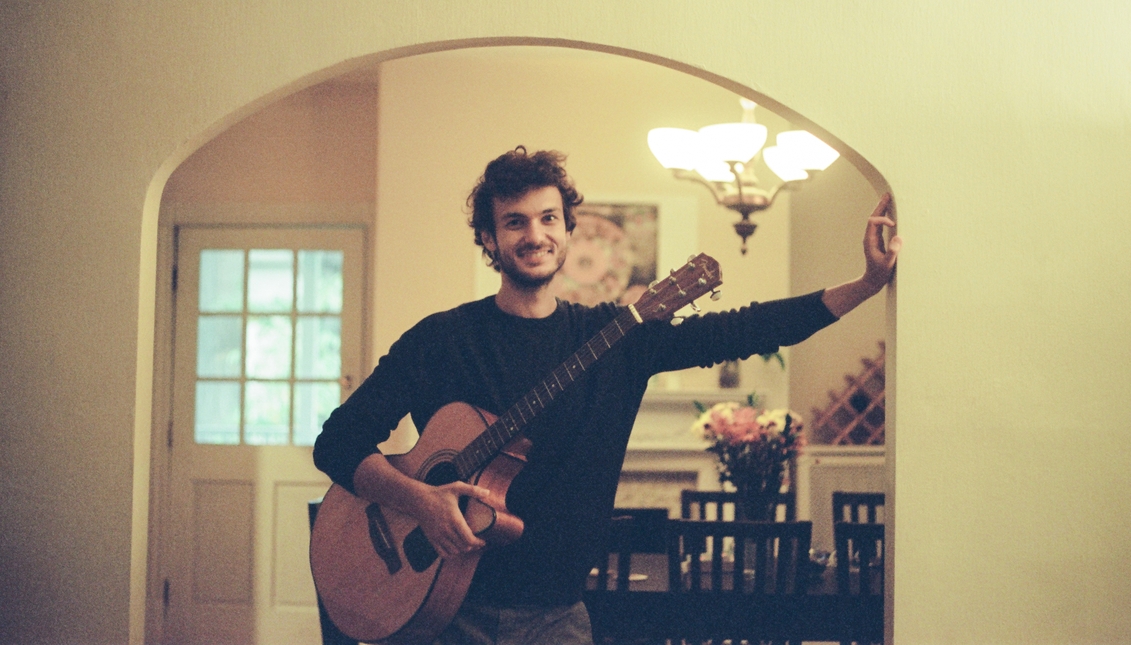 His most successful song so far is a thorough survey of bossa nova, but throughout his discography, fans can appreciate influences from other countries such as Spain, Colombia, and Cuba. Photo: AL DÍA News.

Raíz is the conclusion of an introspective trilogy that reviews the virtues of Latin music without borders to deliver a relaxing and sensual EP.

If in the two previous albums that make up his musical triptych (Migrante, Imagina) fans were witnesses of an eclectic and border-less sensibility, it seems that now that Alper Tuzcu has already turned 30 and gives them the most rounded, mature, and introspective ending to date in the recently released EP Raíz.

The album features two tracks in Spanish and two in Portuguese, acknowledging the Latin influences to a new level of sensuality and peacefulness that never cease to surprise in a composer and guitarist born in Istanbul.

It is not a musical project that does not understand borders; it is about a transnational artist. His geographical trace to the epicenter of Berkeley is now the echoes and nuances of his albums as if he could amplify the detail of the melodies in the continental dance.

In his newest EP, Tuzcu has the help for the "chacalera" of Marcelo Woloski from the band Snarky Puppy, who helps him to fertilize the percussion of the sonorous garden with which he works by lending a mystical hand with bombo legüero, popular in the area of Santiago del Estero.

There are many elements in Tuzcu's project that refer to third artists and draw our attention as a cultural node. On the one hand, its evolution seems to have similarities with other artists who delved into folk music, such as Kate Bush. And as she did when she mentioned Joyce in her lyrics, it seems Tuzcu does the same with Neruda and Gabo.

The organic result — the fruit of profound prior deconstruction, still reminds us of other extremely methodical but fluid Latino artists, such as Octavio Paz. Extremely interested in his career and latest album, Tuzcu welcomed AL DÍA to his house, where a copy of Man and His Symbols by Carl G. Jung can be seen behind his back. 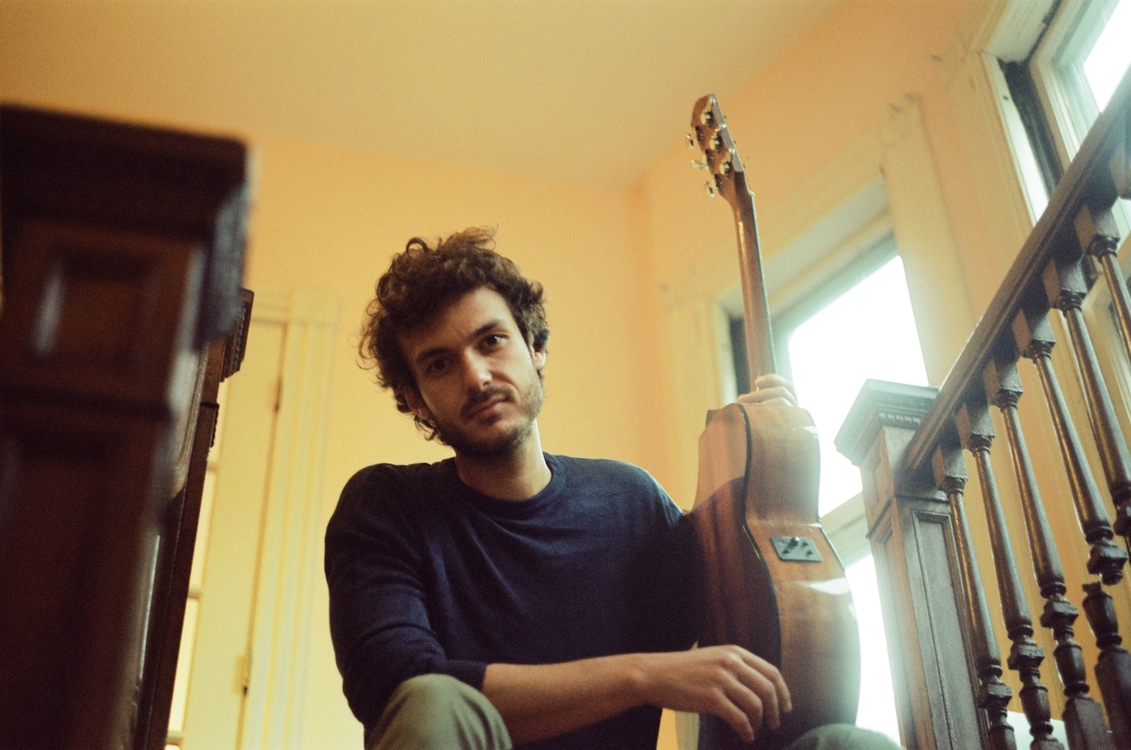 He was born and lived in Turkey until he was 17 when he left to study economics in Ohio. When he graduated at 21, he realized that he didn't want to continue on that path — it hadn't been the dream he had cultivated since childhood.

He then went to a summer program in Italy that, through a scholarship, took him to Boston to study a second degree in music. It was the last step before arriving in Berkeley, a city he describes as a paradise of musical influences.

He finally achieved his goals in 2016 with 12 Waters, an album very close to jazz, and two years later with Aurora, where he continued to deconstruct Brazilian music.

His most successful record to date thoroughly inspects bossa nova, but fans can appreciate influences from other countries such as Spain, Colombia, and Cuba throughout his discography.

It’s been through thousands of different paths just overlapping during the years. I think the first wave came when I was studying in the U.S., and in summer, I used to go back to Istanbul. The city's multicultural part is vibrant; you could find a rock or a Cuban bar in a one-kilometer radius. I started then hanging in those circles.

When I went back to school, I would join Latin Jazz ensembles playing anything they would give me. At some point, I was playing bass, which is not my instrument. The guitar position was filled, but through that, I started learning. There comes the concept of the super rhythm that made a huge impact on me.

Brazilian music was perfect at that point because of the rhythm in samba or bossa nova. I feel like a weird guitar player because I think a lot about rhythm. I feel attracted to the rhythm. Through that connection, I started learning lots of Latino music. 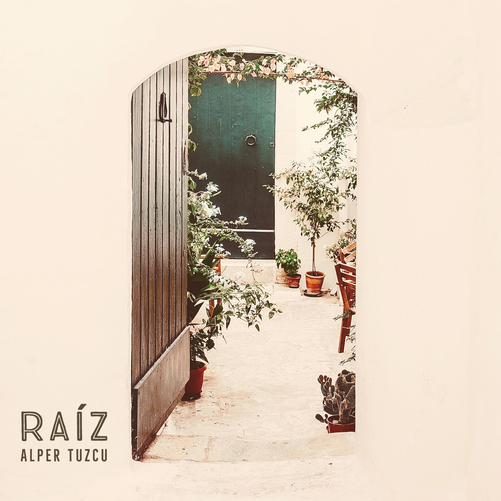 We could meet some authors in the previous EP. I would like to know who do you pretend to introduce in this album.

In terms of influences, in Raíz, there’s not one author; it’s been multiple people. A big person who influenced me to write this album is the Argentinean modernist poet Alfonsina Storni. I love the way she bends the language. I also read Federico García Lorca and Octavio Paz, so I think they both influenced me.

There’s another part of the story: this is the third part of an EP series. I wrote the first two in Barcelona, influenced by Gabriel García Márquez, who also lived in Barcelona when writing the book I had with me, Strange Pilgrims. He has been a huge influence.

Do you feel now like you’ve achieved your childhood dream? What is your new dream?

I think I have. My initial dream was basically those passions but, here is the point where it gets complicated. Everybody tells you to follow your dream, and then you find it, but they never tell you what to do after.

My journey for the last five or six years has been trying to figure out how to do something with that passion, maybe something meaningful for everybody else, not just for myself but also for the world.

My new dream is to use my music to support multiculturalism and create more awareness about it by sending up an example.