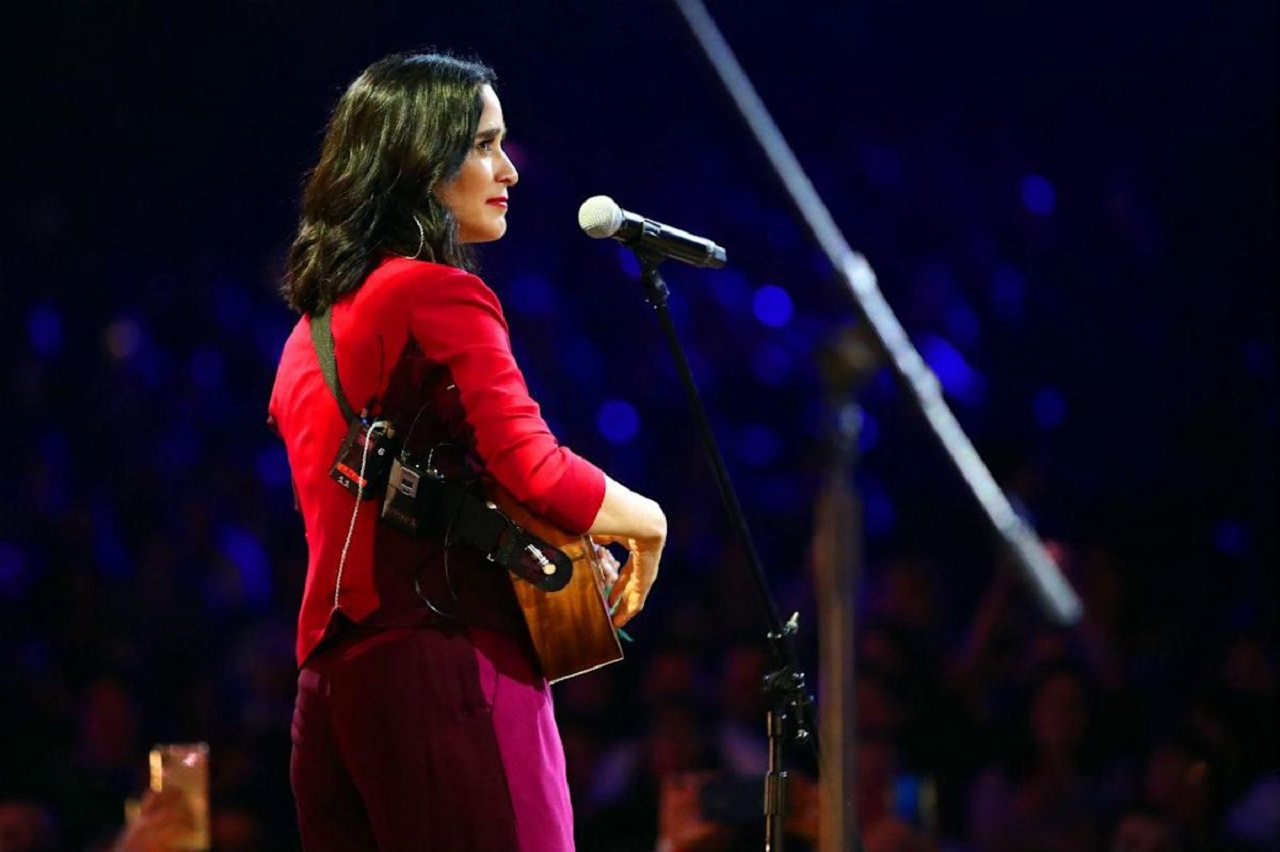 Julieta Venegas returns with “Mismo amor,” the lead single from her next album

Venegas, who launched her career as an actress and is a prominent feminist activist in Mexico, is coming out with her first independent project.

Julieta Venegas, remembered for her classic “Limón y sal,” is finally back. Her followers anxiously awaited some good news, seven years after her last album, Algo sucede (2015). Last week, she finally announced the release of “Mismo amor,” the first single off her next album.

“I am starting a very beautiful stage and I am happy to be able to share it with you. The production of this album has been a stage full of learning and love. I really want you to listen to it,” said the Mexican singer and actress.

“Mismo amor” starts with a base of drums and bass, over which Venegas' powerful voice travels with a more modern touch and reminiscent to pop. At some parts, she even approaches electronic music. Its accompanying music video is presented as a fight between various characters — including the singer herself — with a metaphor that represents the threads that unite us with those around us.

The humorist Charo López and actor William Prociuk also took part in the video, who interpret bodies that rebel and adopt strange attitudes. Egos, tension, contradictions… “don't you want the same thing as me?” asks the singer in the chorus. It's a story about the uncertain transformation of a couple.

Venegas, who recently launched her career as an actress and is a prominent feminist activist in her country, begins a new stage away from big record labels.

"It's a change of stage in every way, I wanted to start working with another team for a long time," she said in an interview with Mondosonoro magazine.

Sony Records made her a worldwide music star, but now she is looking for something more personal and under her control. Produced by Alex Anwandter, the new album promises to be a revolution in her career. After writing about 25 songs, she sent them to her producer for a first filter, and to decide which ones would be finally included.

“There are songs about love, heartbreak, friendship, connecting people, but there is also a song about the fear we have as women. As a woman, I am afraid. I can't go outside at night because I feel scared,” she said.

The video for “Mismo amor” is directed by Anita and Lola Piñero, with whom she has worked in the past.

“We worked a lot together on the idea, I wanted scenes showing tension in the body. We pursued symbolism, not to be literal. We played a lot with metaphors,” said the singer.

With this new stage of more independence, Venegas recognized that she is once again enjoying the process of making music. Her plan to create a different kind of music and push to open up to new audiences. As she explained, several songs on the new album — whose titles she did not reveal — were performed in her last live performances.

Considered a "legend" of music in Spanish, Venegas has won more than a hundred awards. Among them are a Grammy, six Latin Grammys, seven MTV Awards and seven from Broadcast Music, Inc.