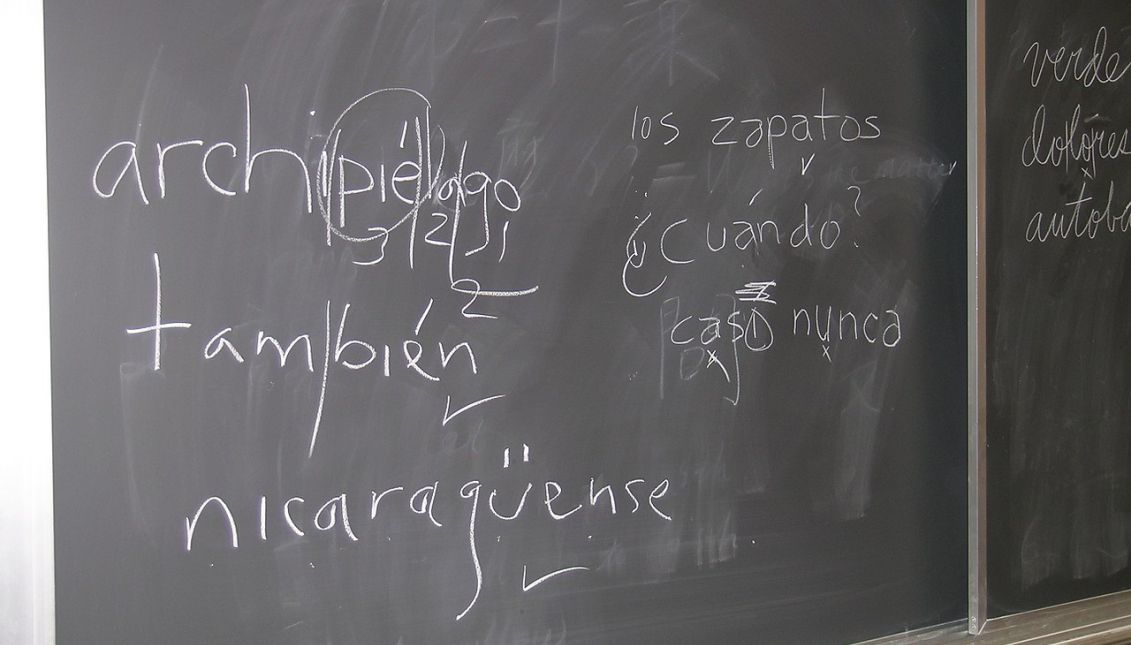 Who is Afraid of Spanish?

The month of May has been the scenario of several unpleasant incidents that showed that for some people in the U.S, speaking a language other than English is not a sign of cultural richness, but rather an offense.

In the video, Schlossberg complains aggressively to the establishment's management, saying "your staff is speaking Spanish to clients when they should be speaking English. Every person I listen to: he spoke it, he spoke it, she’s speaking it," he said, pointing to three people in the place.

Finally, the lawyer threatened that he would call Immigration and Customs Enforcement (ICE) because "My guess is they’re not documented.”

Only two days later, a Latino in Los Angeles received his order at Starbucks and realized that his cup read "beaner", according to USA Today.

A few days ago, in Montana, a Border Patrol agent detained two Mexican-American women for 40 minutes after hearing that they were talking in Spanish, a language "barely heard here," the agent said.

A bunch of incidents like these have occurred in the last year and a half. But, why this contempt for people who speak Spanish?

According to experts consulted by CNN in 2017, after a similar episode occurred at a Nevada airport,  since President Donald Trump and his xenophobic speech took the White House, people feel encouraged to drop racist and discriminatory comments against Latinos who "dare" to speak Spanish in public.

However, no matter how much they obsess about protecting the idea of ​​a white and English-speaking America, the reality is that the United States has become the second country with the largest number of Spanish-speaking people in the world, just below Mexico. If the trend continues, it could surpass Mexico by 2050.

For Gustavo Castellano, columnist for the LA Times, the fear - or rejection - of Spanish by many Americans comes not only from anti-Latino sentiment, spurred by Trump's racist discourse, but also from the fact that he reminds them that the United States has been a country where historically more than one language has always been spoken. The Continental Congress printed documents in German and French, in the Midwest there were schools in German and French until the Second World War ... "In an increasingly diverse America, speaking Spanish is simply going back to our roots: roots from which the Know-it-Alls  of nowadays they are afraid to stay apart ", writes Castellano.

In her latest book, “An American Language: The History of Spanish in the United States”, Princeton professor Rosina Lozano notes that "Spanish is an American language" because of its pivotal role in the history of the nation.

An American Language, published last April by the University of California Press, is the first book of Professor Lozano, a specialist in Latin American and Mexican-American history. In its pages it analyzes the history of the Spanish language in the United States, from the incorporation of parts of Mexico to the nation, in 1848, through the Second World War and the present, in which the language has become a political tool to instigate immigration policies and "Americanization." But the author's idea is above all one: to highlight the "multicultural" character of the United States.

"An American Language is a history that reimagines what it means to be an American—with profound implications for our own time", as reported by U.C. Press.

Hot off the press! I received my copy of An American Language today. Ten years of work packages up nicely. Thanks to @ucpress, it looks and feels wonderful! pic.twitter.com/Pa1fvKOM1L