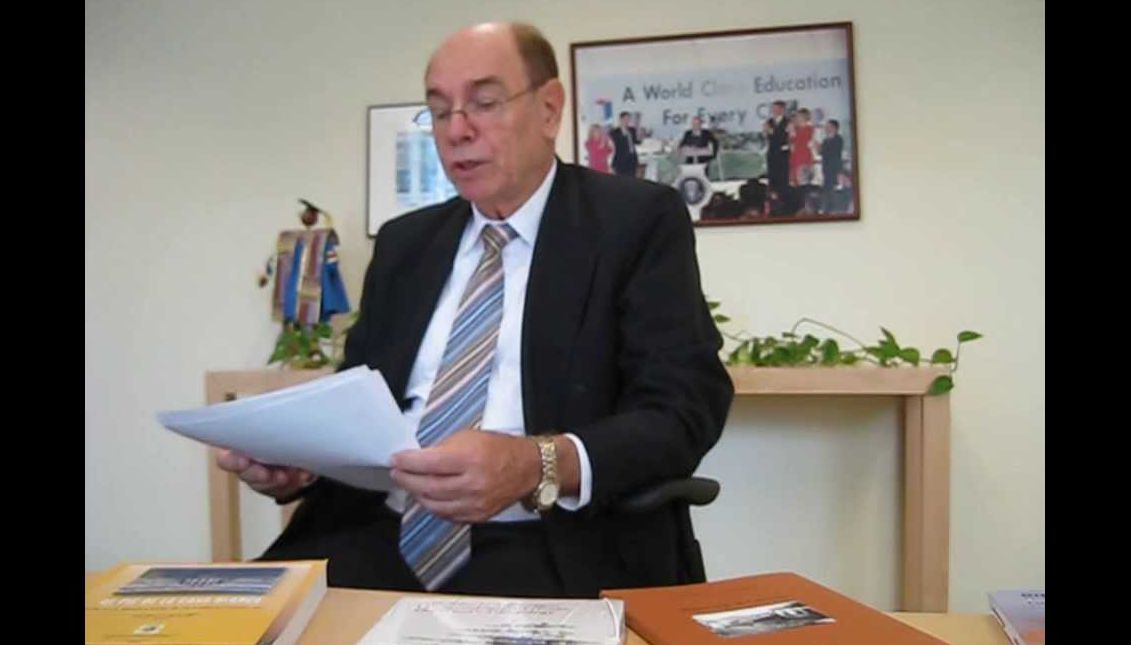 The Argentinian poet Luis Alberto Ambroggio has dedicated his career to study the contribution of the Spanish language to great American poets, such as Walt…

The Hispanic heritage in the United States is an unquestionable legacy for the development of American culture and that is something that the Argentinean scholar and poet Luis Alberto Ambroggio (Cordoba, 1945), a member of the American Academy of the Spanish Language ( ANLE) and author of Estados Unidos Hispano, a book that documents, in a pleasant way - through original data and anecdotes - the contribution of the Latino population in the United States.

"The idea was to share facts, anecdotes, statistics about the Hispanic community of the United States, the largest minority population in the country, with 18% of the population, and with a phenomenal development in the past 50 years, as I have observed , and with a promising future," said the Argentinian scholar at a conference in Casa América, in Madrid, last October.

The book mentions curious examples, "from Thomas Jefferson's love for the Spanish language (the founder of the US obliged his daughters to read 10 pages of Don Quixote de la Mancha every day to learn Spanish) ,up to current situations, such as the population growth of the Hispanic community, which has gone from the 9.2 million in 1970 to a total of 57.5 million in 2016," recalled Ambroggio.

Considered one of the most representative poets of Hispanic writing in the United States, Ambroggio has published a dozen titles, and his pems have been translated into more than eight languages.

As a poet and scholar, one of his specialties has been to study the influence of Spanish in American literature, beyond recognizing bilingualism as part of the North American cultural wealth.

"The Hispanic literature has influenced the literature of the United States in several aspects: Pablo Neruda, for example, is quite recognized and studied here. Also Jorge Luis Borges, who taught at several prestigious universities, and the Spanish authors of the Generation of '27 who went into exile and created study centers," he recalled.

But for Ambroggio, there are three cases that he is always forced to mention. One of them is the poet Carlos Williams, born in New Jersey in 1983, of a Puerto Rican mother, "which led him to appreciate the importance of Hispanic literature and poetry and to be interested in the problems of Latinos in the United States," he said.

The second prominent case Ambroggio likes to mention is the poet Walt Whitman, "a bit like the Cervantes of the United States, who used words in Spanish in his works. For example, he used "libertad" instead of "freedom". Whitman also spoke of the importance of the Hispanic element in American nationality, and that is important coming from Whitman, the poet of democracy," Ambroggio said.

Walt Whitman, in fact, has in fact a poem called "Spain (1873-74), inspired by the proclamation of the first Spanish republic:

OUT of the murk of heaviest clouds,

Out of the feudal wrecks, and heap’d-up skeletons of kings,

(A glimpse as of thy mother’s face, Columbia,

A flash significant as of a sword,

Another poet influenced by the Hispanic culture was the African-American Langston Hughes, who had his support in the 1920s and has been linked to the so-called Harlem Renaissance.

Raised in a town in Missouri, Hughes saw his father leave the family to go to Cuba and then to Mexico to escape the prevailing racism in the United States. When he was only six years, he accompanied his mother to visit his father in Toluca (Mexico) in a failed attempt by the couple to recompose the marriage, according to Wikipedia.

Mexico fell into his heart, and eleven years later, in 1919, he returned to Mexico, where he learned to speak Spanish, read and discovered Spanish authors such as Cervantes, Blasco Ibáñez, Pío Baroja and García Lorca. He also visited Cuba, at least four times, where he became friends with the poet Nicolás Guillén and with whom he traveled to Spain during the civil war. Hughes spent a season in Spain working as a correspondent for the Baltimore Afro-American newspaper to inform American society of the reality of the civil war and especially the black Americans enrolled in the International Brigades, according to Wikipedia. Before traveling to Spain, Hughes wrote the poem "Song of Spain":

Come now, all you who are singers,

And sing me the song of Spain.

What is the song of Spain?

Flamenco is the song of Spain:

Death and love and heartbreak

To a heel tap and a swirl of fingers

Flamenco is the song of Spain.

I do not understand.

Toros are the song of Spain:

The bellowing bull, the red cape,

A sword thrust, a horn tip,

The torn suit of satin and gold,

Blood on the sand

Is the song of Spain.