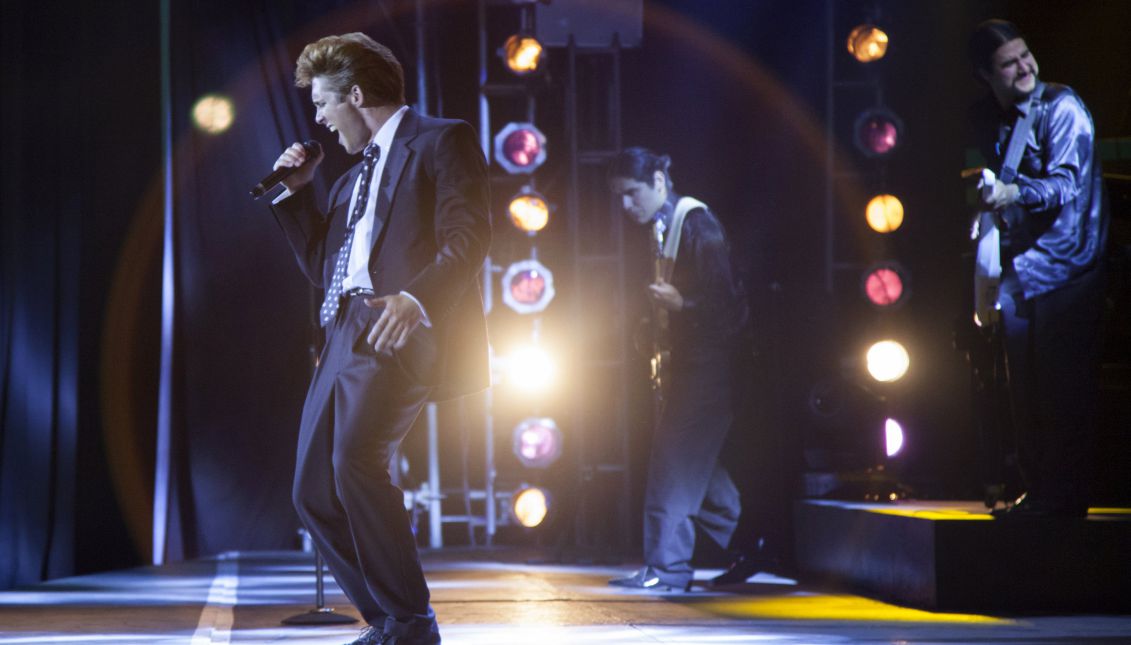 The series notes the consequences for the family of the enormous fame and fortune of "the Sun of Mexico," who at his young age has no idea whom to trust and…

The TV production "Luis Miguel La Serie," a portrait of the Mexican singer from childhood to pop star, will premiere on Telemundo in the United States and Puerto Rico, and on Netflix in Spain and Latin America, all on April 22.

The Hispanic channel Telemundo announced Friday that the production, presented as the only officially endorsed story of the life of the famed singer, 47, will reveal "the man behind the star."

The role of Luis Miguel, nicknamed the "Sun of Mexico," is played by Mexican actor Diego Boneta, known for the telenovela "Rebelde."

Filmed im Mexico, "Luis Miguel La Serie" goes from Luis Miguel Gallego's childhood in the 1980s to his tremendous success as an artist in the following decade.

Before he became known as "Luis Miguel," Micky, as he was called by family and friends, felt safe and comfortable with his mother (Anna Favella) and his younger brother Alex (Juan Pablo Zurita).

From the age of 11, Luis Miguel began gaining popularity following an "obsessive" campaign by his father Luis Rey, played by Spain's Oscar Jaenada, who longed to make his eldest child into a superstar, and so give his boy the dream that he was unable to make come true for himself.

In a previous statement, the multi-Platinum recording artist said that for decades "many people have talked about my life and many more have invented their own versions," for which reason he decided to tell "my own story."

The series relates the attempts by the singer, winner of five Grammy Awards and four Latin Grammys, to protect his private life, a personal side involving women played by actresses Paulina Davila and Camila Sodi.

The series also notes the consequences for the family of the enormous fame and fortune of "the Sun of Mexico," who at his young age has no idea whom to trust and hides "personal tragedies" like the disappearance of his mother and the breakup with his father and manager, Luis Rey, about whom he discovers "sinister details."

"Luis Miguel La Serie" was written by Daniel Krauze and directed by Humberto Hinojosa, and was produced by Mark Burnett, Gato Grande Productions and MGM.