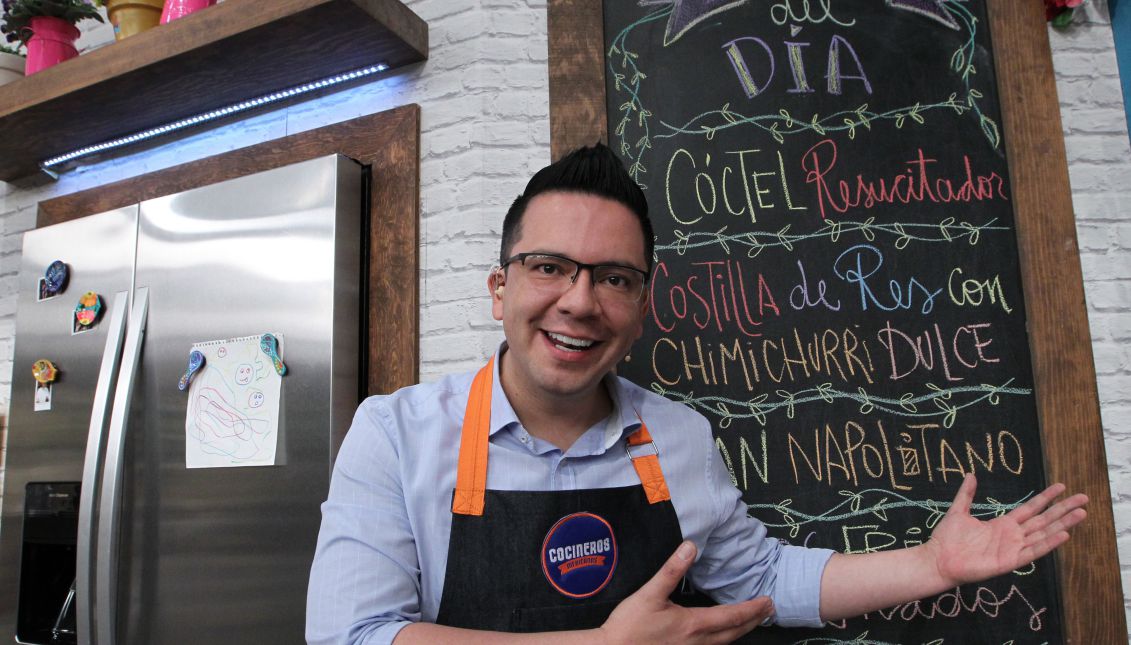 From TV to book: the recipe for success for 3 Mexican chefs

Antonio de Livier, Ingrid Ramos and Jose Ramon Castillo, believe it is necessary to educate the palate as a Mexican and to get to know the national traditions.

Moving from the screen to paper was the best recipe that three Mexican chefs hit upon to try and replicate in the bookstores the success they have achieved on television with their program "Cocineros mexicanos" (Mexican chefs), where they provide the public with new ideas for experiencing Mexican cuisine.

"Three veteran chefs (from) a TV program sharing the recipes most requested by the audience in a book becomes more charming with color and the story of each dish," De Livier told EFE.

In contrast with other cookbooks, "Cocineros mexicanos" is one that was "made with friends and colleagues" and with the "advantage of visually complementing on television the techniques and recipes included" in the volume, Ramos added.

Chef Jose Garces to open a new restaurant at the Wells Fargo Center
August 8th, 2022
Some restaurants to visit this Mexican Restaurant Week, as Philly’s Mexican Week kicks off Sunday
April 29th, 2022
El Taco: The taco shop making a name for itself on Drexel’s campus and beyond
April 16th, 2021

The dozens of selections of recipes and nutrition advice, Ramos said, distinguish this work, which includes dishes of all kinds - for everyday meals, special gatherings, holidays or simply pleasing the palate.

In her role as a working mother and businesswoman, Ramos provides advice to parents and gives them all sorts of dishes for kids.

"It's necessary to educate the palate as a Mexican and to get to know our traditions. We're rich in culture, scenery and also in gastronomy," she said.

Jose Ramon Castillo is well-known internationally for his culinary work in Colombia, France and Spain, among other nations, and for bringing the taste of cocoa to both sweet and salty dishes.

The Monday-Friday TV program "Cocineros mexicanos" has been gathering together tastes, aromas and colors since October 2016 as a "tribute to (Mexico's) enormous culinary tradition."