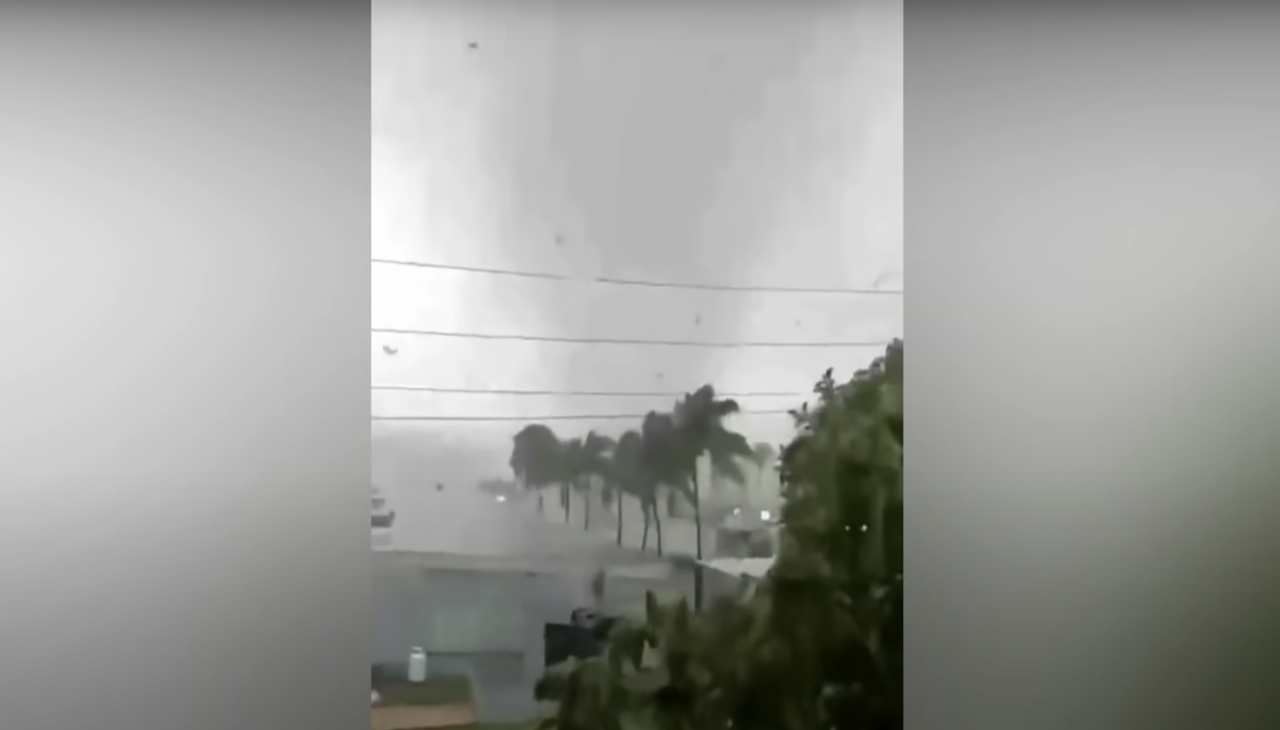 Residents captured many grainy videos like the one screenshotted here of the tornado that hit on May 2. Screenshot: Darwin Cruz via Storyful.

The first tornado to hit the region in nearly three years, the tornado caused damage in Arecibo.

On Sunday, May 1, around 3 p.m. local time, a tornado formed and touched ground in Puerto Rico.

Touching down in Arecibo at the Avenida Industrial buildings, the tornado is the first to hit the island in three years and the first to ever hit Arecibo.

The tornado lasted about eight minutes and spanned a third of a mile. The biggest damages include trees and power lines. One roof was partially lost.

Similar to all other tornadoes to have touched down in Puerto Rico’s history, the tornado caused no injuries or deaths.

The tornado is said to have peaked at 107 mph in wind speed. This qualifies the tornado to score an EF-1 on the Enhanced Fujita Scale.

To rank as EF-2 on the Enhanced Fujita Scale, a tornado would need to reach 111-135 mph wind speeds. The most severe on the scale is EF-5, requiring winds of 200 mph or more.

Puerto Rico has seen 22 recorded tornadoes. Excluding two, all rated between EF-0 and EF-0. The recent tornado was the first confirmed in the area since Sept. 30 2019.

The island is often subject to tropical cyclones on a yearly or biyearly basis. Tornadoes are a relative rarity on the island due to their need for energy and rotating winds to form.